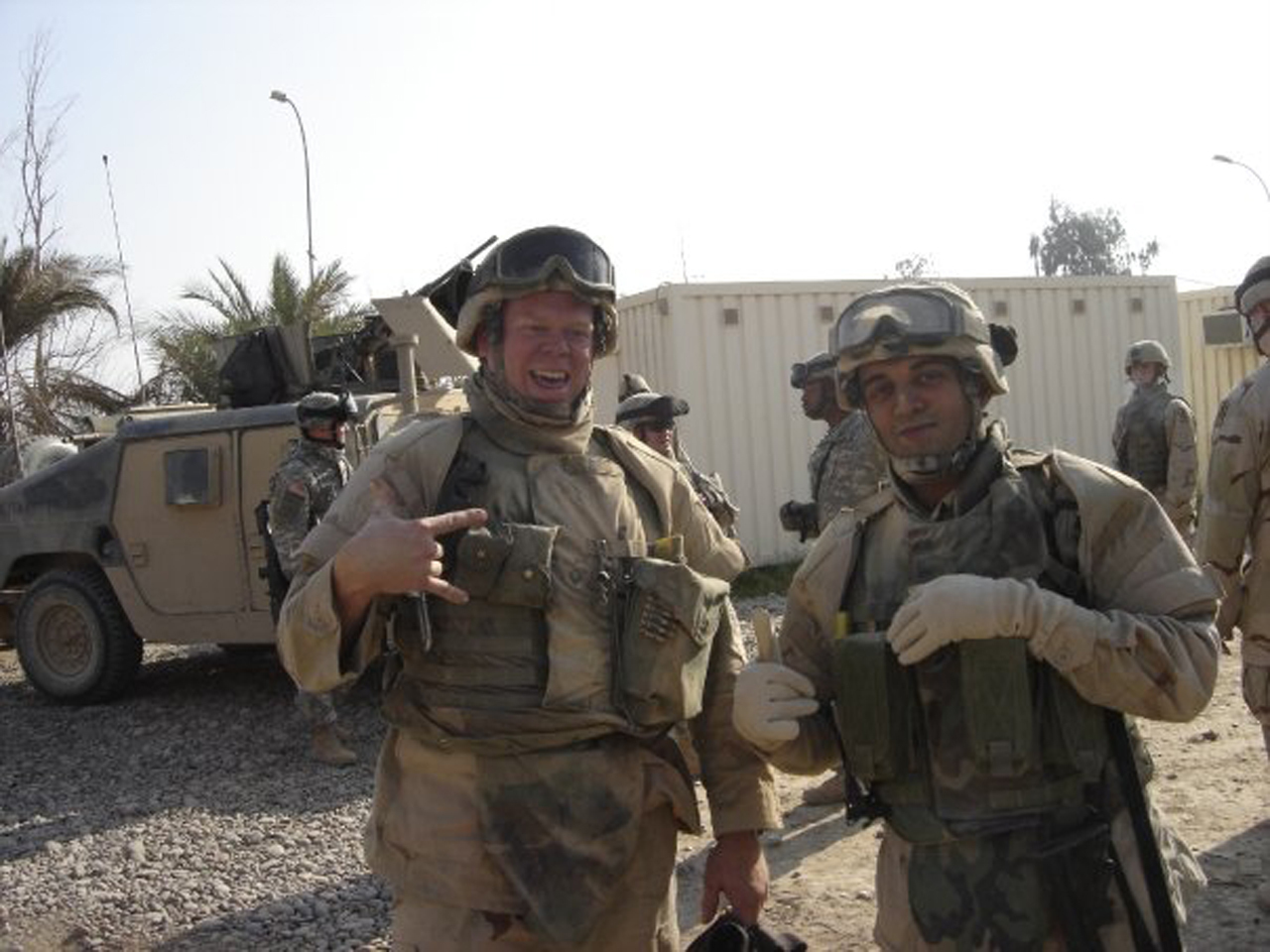 Sgt. Kevin Brackney was the guy they stuck on top of trucks, often - the first one to get shot at.

"Usually, we were selected because we were single. They didn't put people that were married up in there. There were very conscious decisions not to have married men in the convoys because of the nature of the job," said Brackney.

After returning from Iraq after a second tour, Brackney realized he was having a difficult time re-adjusting to regular life.

He often felt very anxious, and silence troubled him.

"It actually got to the point that whenever I came back, I would have to play the opening scene of Saving Private Ryan to get to sleep because I was so used to the noise," said Brackney.

Brackney didn't want to admit he was suffering from Post-Traumatic Stress Disorder (PTSD), thus struggling with it for over two years after coming back to the U.S.

But his wife Gianine, whom he married on his return, saw a television program that featured the organization Puppies Behind Bars, which trains service dogs for veterans suffering with PTSD.

"I told Kevin, 'I think this would be great for you, I wonder if you would qualify.' And he hesitated. It's always, 'There's somebody worse off than I am.' I think that's a soldier's mentality. He came home in one piece so there's always somebody worse off," said Gianine.

Gianine convinced her husband to apply, however, and in January 2013 after a long process, he finally received a young black female Labrador named Nyma.

Getting Nyma has changed Brackney's life. Nyma knows over 80 commands, including block, where she lies in front of Brackney to block someone from approaching him too closely.

"My favorite one is 'watch my back,' where she stands on my left side and she faces backwards and if any one is coming from behind, she'll notify me," said Brackney.

It's not only the commands Nyma knows that help Brackney out. She serves as a reminder that in Iraq, dogs and children were usually a good sign.

"She is also a visual indicator for me. When we were out and about convoying from one place to the other, when we saw kids and we saw dogs, we knew we were safe. Because the insurgents, they would never attack us when kids and there were people around because that makes them look bad," said Brackney.

Nyma has fully integrated herself in the Brackney's lives; the moment her working dog vest is removed, she becomes the family pet.

However, Brackney realizes that he'll need Nyma as his service dog for the foreseeable future.

"It's something that will always be with you. It's a part of who you are, for better or worse," said Brackney, about his PTSD.