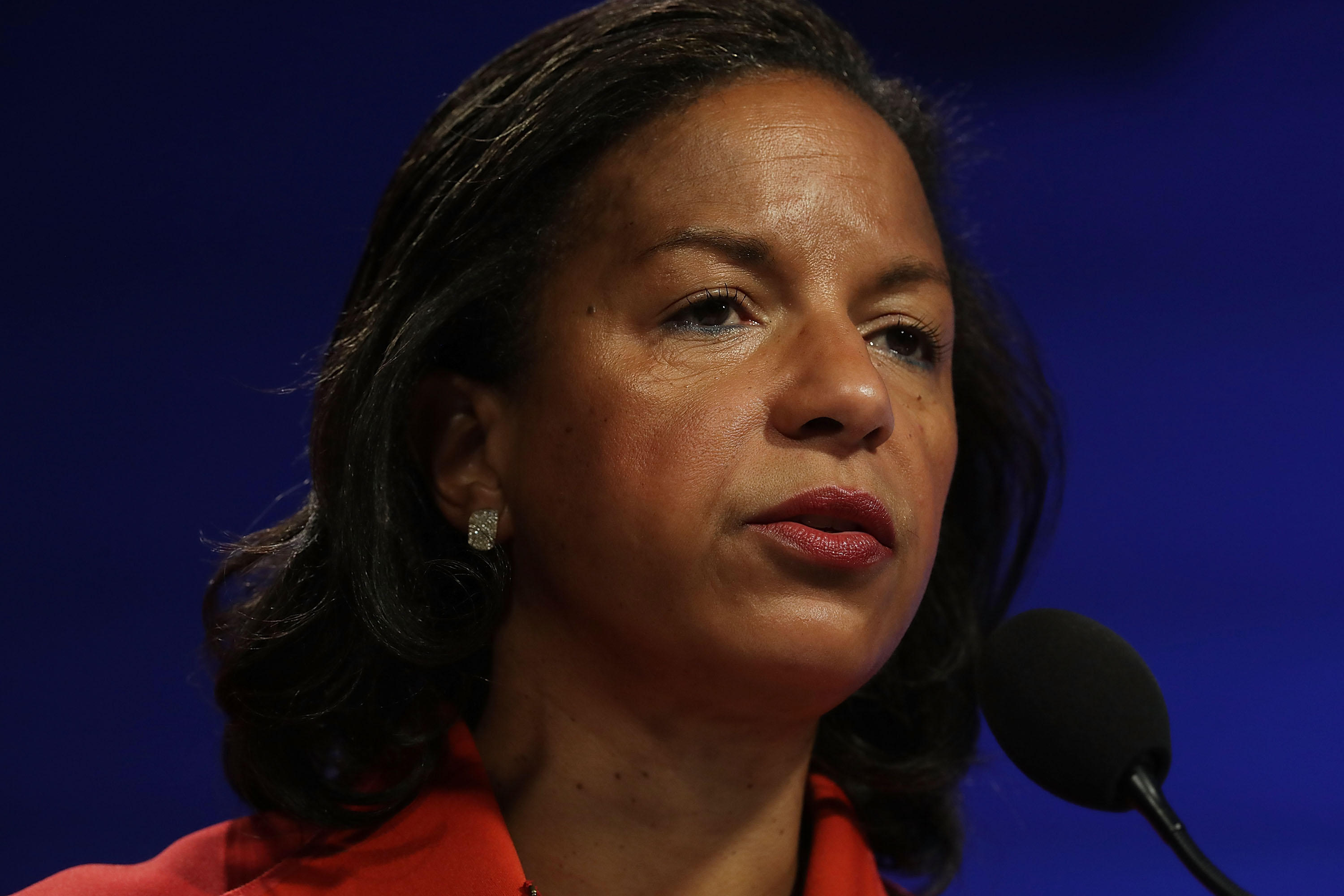 Republicans Chuck Grassley and Lindsey Graham have questions for former National Security Adviser Susan Rice regarding what they're flagging as an "unusual email" she sent to herself on Inauguration Day, just moments before she departed the White House for the last time.

Grassley, the Senate Judiciary Committee chairman, and Graham, who chairs the Senate Judiciary Subcommittee on Crime and Terrorism, released a statement and a letter they wrote to Rice outlining their concerns about her email as it relates to the Senate's probe into Russian interference in the 2016 election. The lawmakers say they received the email in question as a result of a request to the National Archives for records of meetings between President Obama and then-FBI Director James Comey.

The email that Rice sent to herself on January 20, 2017 at 12:15 p.m., seems to document a meeting she attended with then-President Obama, FBI Director James Comey and Deputy Attorney General Sally Yates two weeks before, on Jan. 5. Rice's note reads as follows, according to Grassley's and Graham's statement:

On January 5, following a briefing by IC leadership on Russian hacking during the 2016 Presidential election, President Obama had a brief follow-on conversation with FBI Director Jim Comey and Deputy Attorney General Sally Yates in the Oval Office.  Vice President Biden and I were also present.

That meeting reportedly included a discussion of the Steele dossier and the FBI's investigation of its claims.

President Obama began the conversation by stressing his continued commitment to ensuring that every aspect of this issue is handled by the Intelligence and law enforcement communities 'by the book'.  The President stressed that he is not asking about, initiating or instructing anything from a law enforcement perspective.  He reiterated that our law enforcement team needs to proceed as it normally would by the book.

From a national security perspective, however, President Obama said he wants to be sure that, as we engage with the incoming team, we are mindful to ascertain if there is any reason that we cannot share information fully as it relates to Russia.

While a portion of the email remains classified, the correspondence continues, reading, "The President asked Comey to inform him if anything changes in the next few weeks that should affect how we share classified information with the incoming team.  Comey said he would."

Grassley and Graham said in their statement that they found it "odd" that Rice felt it was necessary to send herself "such an unusual email purporting to document a conversation involving President Obama and his interactions with the FBI regarding the Trump/Russia investigation" in her final hours as a member of the Obama administration.

The Republican lawmakers suggest that despite Rice's claims that Obama had told Comey to proceed "by the book," questions have since arisen about the conduct of FBI officials, the DOJ and State Department in the course of the investigation.

Grassley and Graham sent Rice a list of questions, asking her to respond by February 22. They asked about Rice's knowledge of the FBI's investigation into possible ties between Trump campaign associates and Russia, as well as her knowledge of any surveillance activities undertaken, including the FISA application submitted by the FBI to wiretap Trump adviser Carter Page.

CBS News' Nancy Cordes reports that top Democratic aides on the Committee view Grassley and Graham's request as part of Republicans' ongoing effort to discredit the Steele dossier as a democratic hit piece, and to suggest that politics have impacted the FBI's investigation at its earliest stages.

Democratic aides argue that the Republican-led committee has sent similar letters sent to Hillary Clinton, the DNC, and John Podesta and complain it has done little to investigate actual Russian election meddling.

Since leaving the White House, Rice has made appearances before lawmakers on Capitol Hill to provide her understanding of Russian interference in the presidential election. Her testimony before the House Intelligence Committee came after CBS News confirmed that Rice did at times ask that certain names in intelligence reports be "unmasked" in order to understand the context in which they were mentioned in intelligence reports. Bloomberg first reported that Rice had requested the unmasking of Trump officials.

A former national security official told CBS in April that Rice had asked for the identities of those Americans picked up during surveillance of foreign nationals when it was deemed important context for national security, and she did not ask that the information be disseminated broadly.

Rice, however, has contended that the unmasking of Americans' identities in certain U.S. intelligence reports was not done for political purposes.

"The allegation is that somehow Obama administration officials utilized intelligence for political purposes. That's absolutely false," Rice said in an interview with MSNBC.

Asked if she sought the names of people or unmasked people involved in the Trump transition in order to spy on them or expose them, Rice said, "Absolutely not for any political purposes -- to spy, expose, anything."