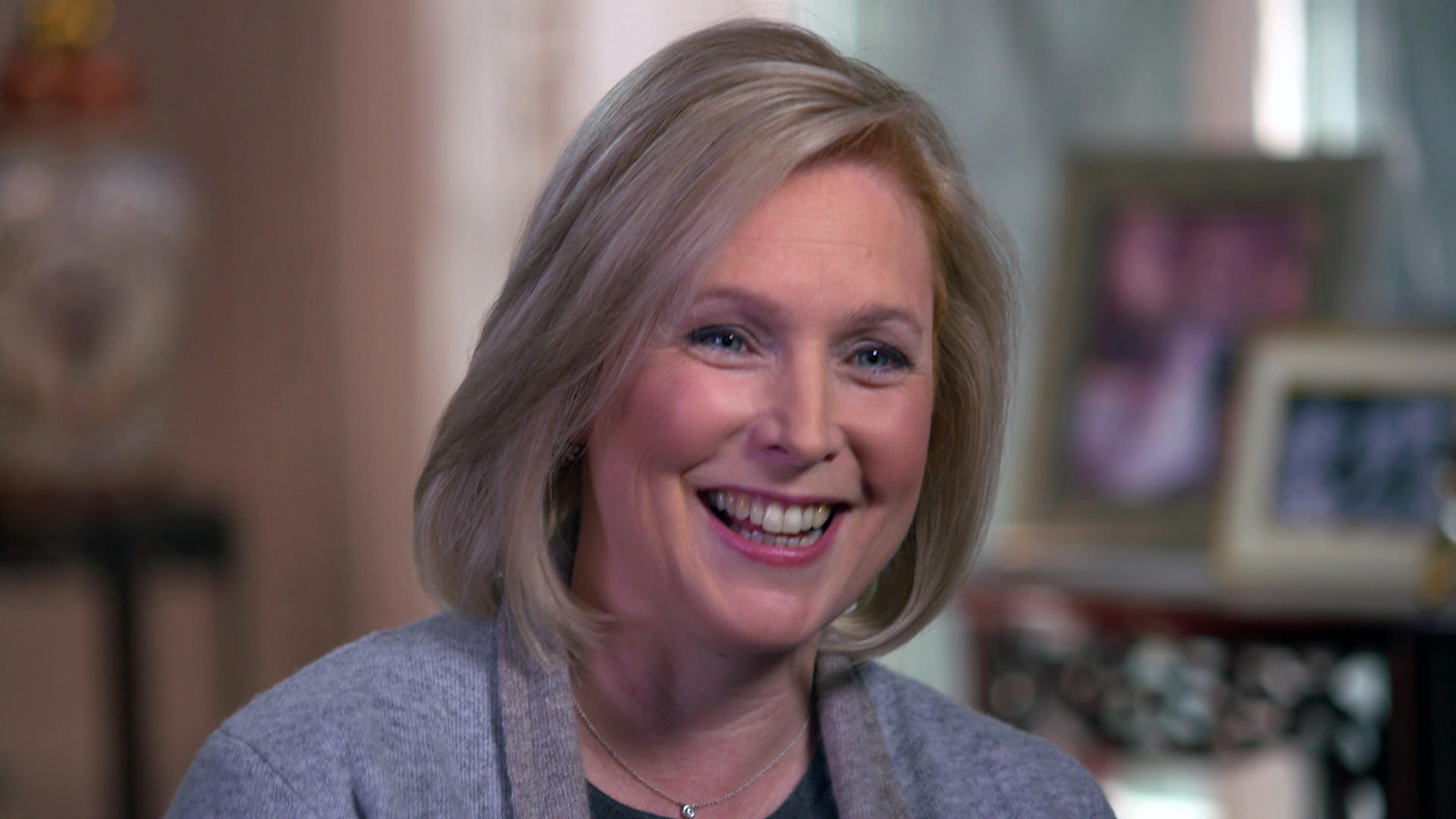 After Sen. Al Franken was accused of sexual misconduct in November, Sen. Kirsten Gillibrand made waves by calling for her fellow Democrat's resignation. On Sunday's 60 Minutes, the New York senator explains to Sharyn Alfonsi why she spoke out against a friend and colleague.

"Where's my moral compass if I can't speak out just because I like someone?" Gillibrand tells Alfonsi. "Just because they're my friend? It's okay to be a harasser as long as you're my friend? That is not okay."

Gillibrand didn't stop with Franken. She told The New York Times that Bill Clinton should have resigned as a result of the Monica Lewinsky scandal. Alfonsi notes both Bill and Hillary Clinton campaigned for Gillibrand, and asks why the senator is speaking out now. Gillibrand says she, like many others, wasn't focused enough on the issue in the past.

"I think I'm not alone here," Gillibrand says. "How many of us were having this conversation even a year ago? I think we're all learning."

Gillibrand saves her harshest criticism for President Donald Trump, calling on him to resign and saying Congress should hold hearings if he refuses.

President Trump put Gillibrand in his crosshairs on Twitter in December, calling her a "lightweight" and saying she would "do anything" for campaign contributions.

Gillibrand responded by tweeting back at the president: "You cannot silence me … about the unfitness and shame you have brought to the Oval Office."  Her response drew six times as many retweets as the president's original tweet.