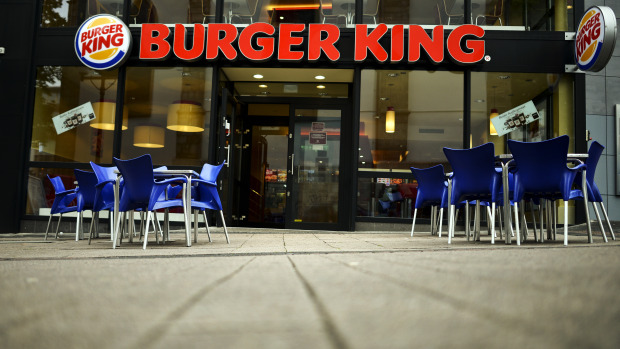 As Burger King eyes moving its headquarters to Canada to lower its tax bill, a Democratic senator is recommending a boycott of the burger joint. Instead, Sen. Sherrod Brown, D-Ohio, said hamburger lovers should try out two fast food chains that haven't "abandoned" the United States -- White Castle and Wendy's.

"Burger King has always said 'Have it Your Way'; well my way is to support two Ohio companies that haven't abandoned their country or customers," Brown said in a statement.

Burger King is considering purchasing the Canadian-based business Tim Hortons in a move known as an "inversion" -- when a company shifts profits overseas to avoid paying domestic tax rates. Members of Congress and the administration this year have mulled over ways to crack down on the growing number of inversions. Walgreens recently opted against an inversion in part out of concern that customers would stop shopping at its stores in protest to the move, the Wall Street Journal reported earlier this month.

In his statement, Brown noted that "runaway corporations" like Burger King have benefitted from U.S. policies that help companies grow but don't want to pay their share of the tab. Brown, a member of the Senate Finance Committee, rolled out a plan in June to lower the U.S. corporate tax rate so that it is more globally competitive, and to create a global minimum tax rate. Brown's plan is just one of multiple proposals the Finance Committee has considered this year to address the problem.

President Obama has decried the uptick in corporate inversions, remarking in a July speech in Los Angeles that the companies in question are sometimes referred to as "corporate deserters."

"These companies are cherry-picking the rules," he said. "And it damages the country's finances. It adds to the deficit. It makes it harder to invest in things like job training that help keep America growing. It sticks you with the tab to make up for what they're stashing offshore through their evasive tax policies."

The White House has said it's not unreasonable to expect action from Congress this year, even ahead of the midterm elections. Ten years ago, the White House has noted, a Republican-led Congress cracked down on corporations moving to offshore tax havens like the Cayman Islands. The bill was signed by a Democratic president months before the midterm elections that year.

While the administration waits for Congress to act, the Treasury Department is considering actions it can take on its own.

"There may be an opportunity for the Treasury Department to change some rules in a way that removes or at least reduces the financial incentive for some American companies to consider those kinds of transactions," White House spokesman Josh Earnest said Monday.