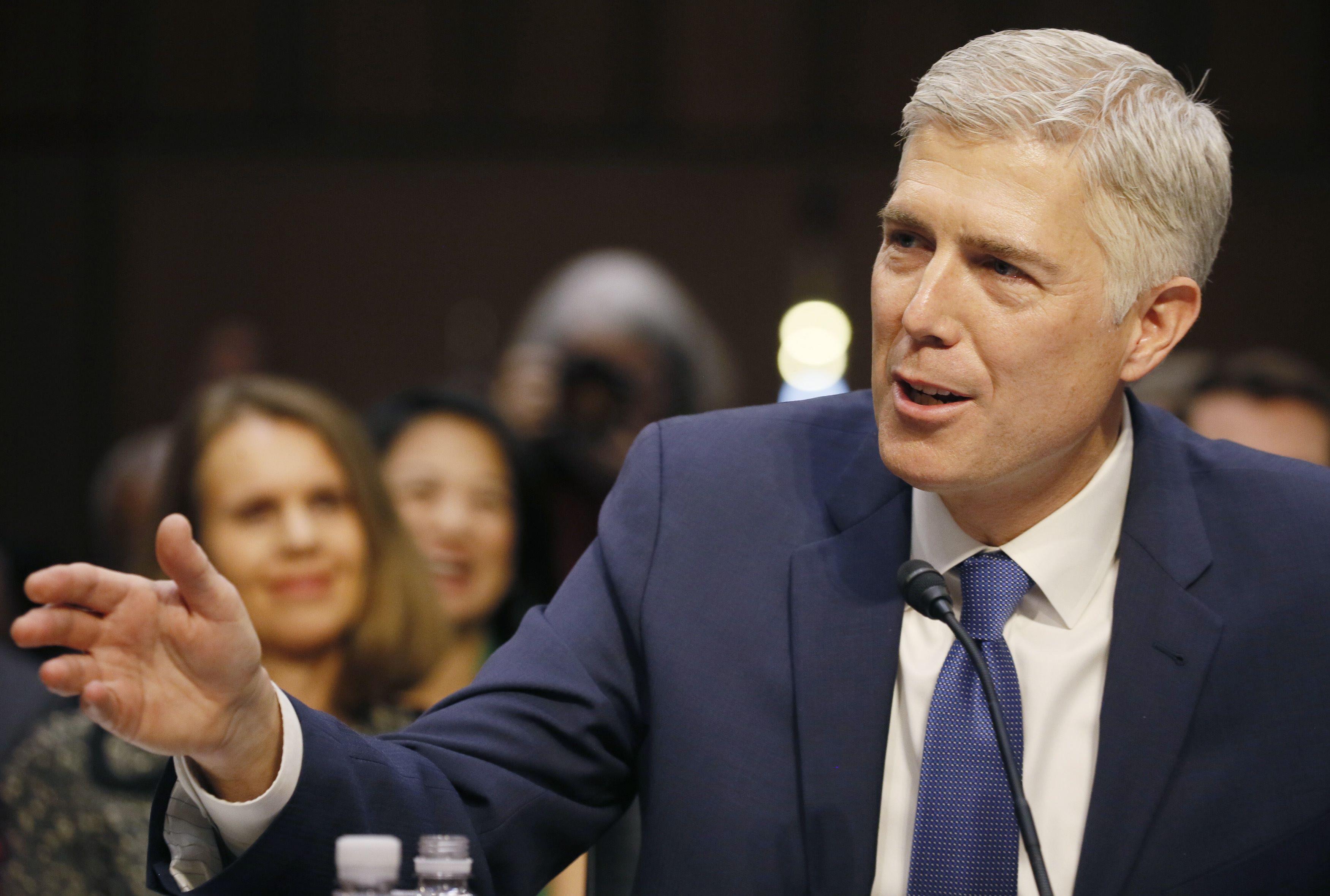 The Senate on Friday confirmed, Neil Gorsuch, President Trump’s nominee to serve as an associate justice on the Supreme Court.

Vice President Pence presided over the vote in his role as president of the Senate. A handful of Democrats joined Republicans in voting “yes” on Gorsuch -- West Virginia Sen. Joe Manchin, North Dakota Sen. Heidi Heitcamp and Indiana Sen. Joe Donnelly. All three are moderate Democrats from conservative states.

The Senate has 52 Republicans and 48 Democrats. All Republicans present voted in favor of Gorsuch’s nomination. Sen. Johnny Isakson, R-Georgia, did not vote, because he has been recovering from back surgery.