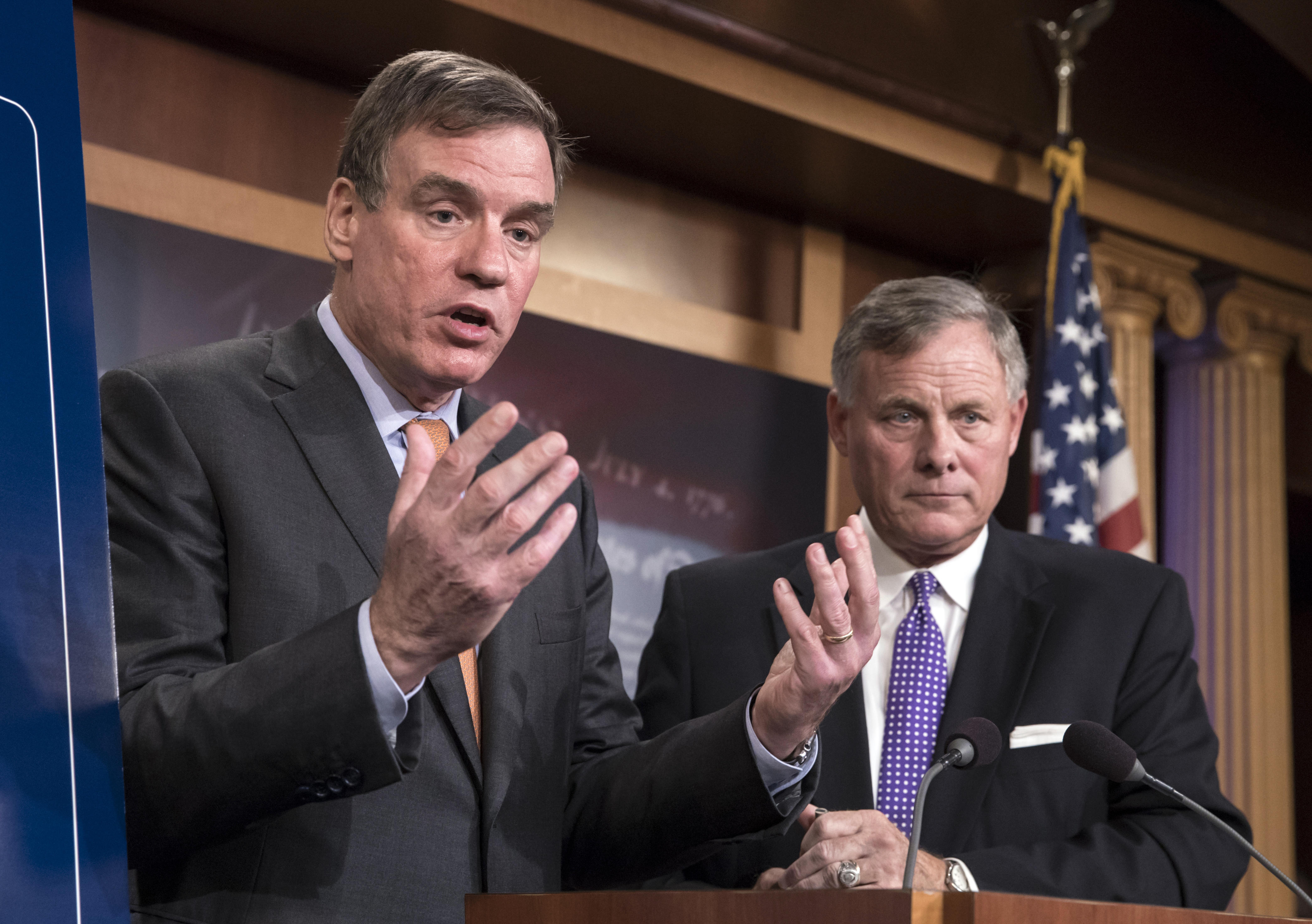 Chairman of the Senate Intelligence Committee Sen. Richard Burr, R-North Carolina, said that "the issue of collusion is still open" regarding the committee's ongoing investigation into Russian meddling in the 2016 U.S. presidential election.

"The committee continues to look into all evidence to see if there was any hint of collusion," Burr told reporters during a press conference regarding the status of the Russia investigation Wednesday afternoon.

Although the committee can't determine collusion at this point, they agree on Russia's attempts to influence the election. Burr said that based on the committee's findings, there is evidence that Russia wanted to "create chaos at every level" during this past year's election.

While both Burr and Vice Chairman Sen. Mark Warner, D-Virginia, asserted that they won't discuss their committee's specific initial Russia investigation findings, they said that the results thus far have caused the inquiry to expand "slightly."

"We have interviewed everybody who had a hand or a voice into the creation of the intelligence community assessment," Burr said.

So far, the committee has held 11 open hearings, conducted over 100 interviews spanning more than 250 hours, delved into 4,000 pages of transcripts and analyzed nearly 100,000 pages of documents, including highly classified intelligence and cyber security briefings as well as campaign-related files. Burr specified that of these documents, "a large group" come from "the Trump campaign alone."

The Intelligence Committee leaders said that these findings have "generated hundreds of additional requests" and "identified leads."

"The issue of collusion is still open, that we continue to investigate both intelligence and witnesses, and that we're not in a position where we will come to any type of temporary finding on that until we've completed the process," Burr said.

Warner said that the committee's investigation has revealed "strains and threads that we need to continue to pursue" and added that Russian interference "did not end on election day."

"I think there is a large consensus that they hacked into political files, released those files in an effort to influence the election," Warner said. "We think they actively tried to at least test the vulnerabilities of 21 states' electoral systems. And we feel that they used the social media firms in terms of both paid advertising, and what I believe is more problematic -- created false accounts and others that would drive interest toward stories or groups, and generally those stories or groups were to sow chaos and drive division in our country."

The vice chairman also cautioned not to underestimate the threat of social media political advertising and bot accounts as tools for foreign entities to influence elections.

He said that sites like Facebook, Twitter and Google "did not take this threat seriously enough" during the 2016 election cycle, adding that Russia's election influence expands beyond just the United States and into elections in France, the Netherlands and Germany. The committee has invited all three tech giants to public hearings to be held in the near future.

The committee hopes to conclude the investigation this calendar year, but does not plan to release any documents or information regarding their interviews thus far.