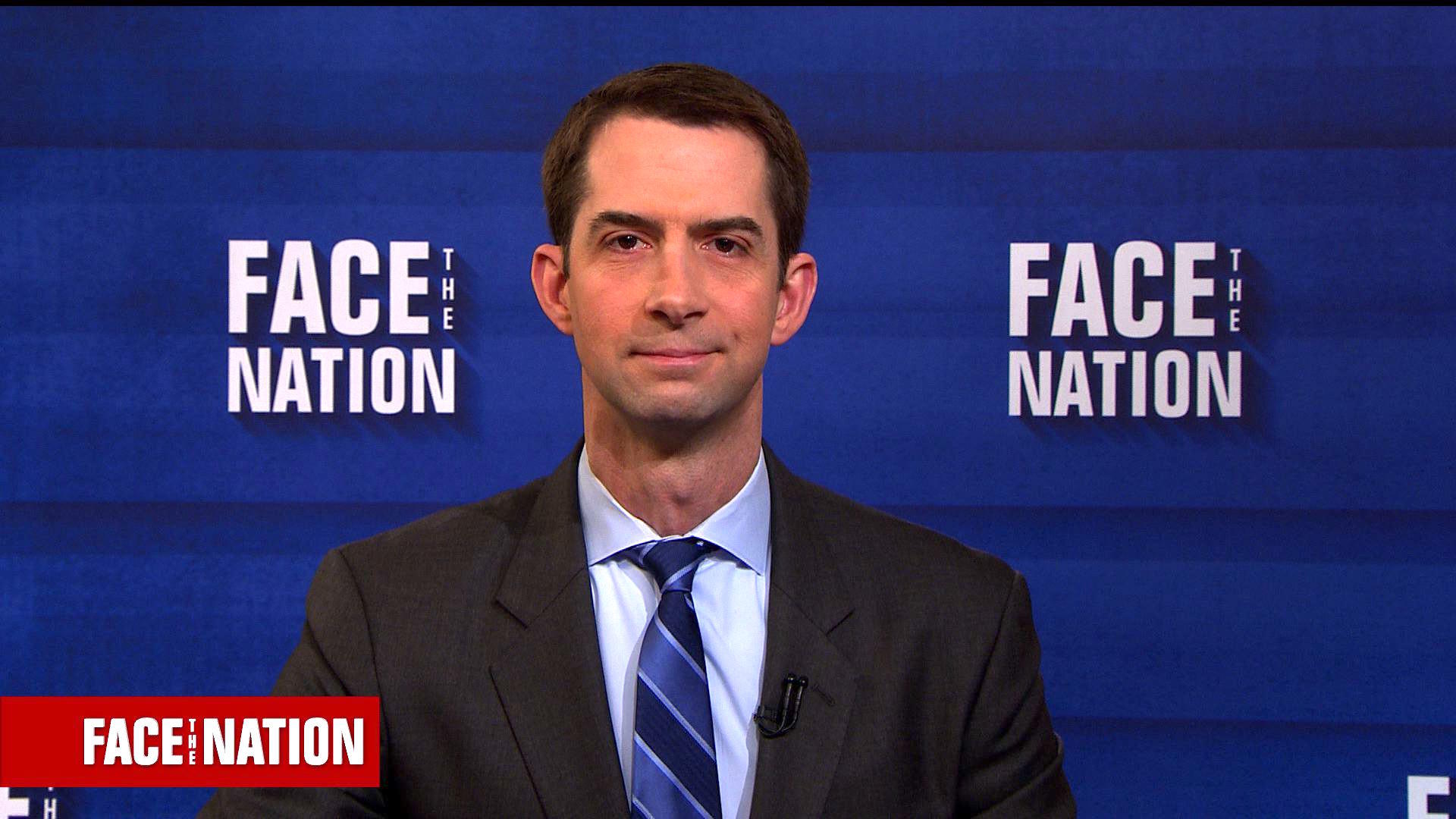 Sen. Tom Cotton, R-Arkansas, says North Korea's promise to halt nuclear testing ahead of eventual talks with the United States is "better than continued testing but it's not much better than that." Cotton said on "Face that Nation" that the North Koreans' decision is also "easily reversible" as diplomatic measures continue to hash out between the two parties.

North Korea said Saturday it had suspended nuclear and long-range missile tests and plans to close its nuclear test site. The North's official Korean Central News Agency said the country is making the move to shift its national focus and improve its economy.

The North also vowed to actively engage with regional neighbors and the international community to secure peace in the Korean Peninsula and create an "optimal international environment" to build its economy.

Cotton said he thinks the developments "show that the president has put Kim Jong Un on the wrong foot for the first time." "North Korea has been on the back foot for a long time," added Cotton. The senator noted that Kim's acceptance of such talks and taking small steps toward possible denuclearization "shows that he realizes that time and momentum is on the side of the United States and our allies."

As for the release of Americans currently being detained in North Korea serving as grounds for the eventual talks, Cotton said it was an issue that President Trump and current CIA Director and Secretary of State nominee Mike Pompeo were "working hard to achieve."

"I know the president and Director Pompeo who will soon be Secretary Pompeo is committed to bringing those Americans home. I hope that will happen before this- this summit occurs," added Cotton.

At a press conference Wednesday with Japanese Prime Minister Shinzo Abe, Mr. Trump said the U.S. and North Korea are negotiating for the Americans' release. "We are doing our very best," Mr. Trump said.

"The Democrats especially on the Foreign Relations Committee are really engaged in shameful political behavior. Fifteen of them voted for Mike Pompeo last- last year to be the director of the CIA. Not a single one of them to my knowledge has said that he's done a bad job," said Cotton.

Cotton said Democrats were in opposition to Pompeo's new role because of the president.

"Ultimately the secretary of state is conducting diplomacy on behalf of the president. Most of these Democrats don't have a problem with Mike Pompeo. They are still struggling to get over the election of Donald Trump in 2016 or frankly they face elections this year in 2018 and they're afraid of scaring the MoveOn.org or Code Pink crowd. And it's really shameful behavior," he added.