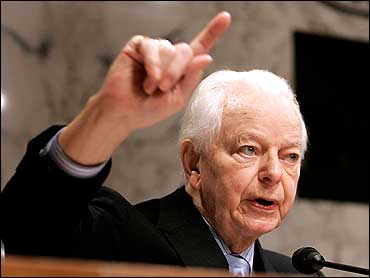 Sen. Robert C. Byrd, who holds the record as the longest-serving member of Congress, is seriously ill in a Washington-area hospital.

The West Virginia Democrat's office says the 92-year-old lawmaker has been in the hospital since late last week.

At first he was believed to be suffering from heat exhaustion and severe dehydration.

But his office says in a statement doctors have examined Byrd and other medical conditions have developed. His condition is described as serious.

In November, Byrd broke the record for congressional service that had been set by Democrat Carl Hayden of Arizona, who served in the House and Senate from 1912 to 1969.

Byrd began his career in Washington in 1952 with his election to the House. His elevation to the Senate came six years later.