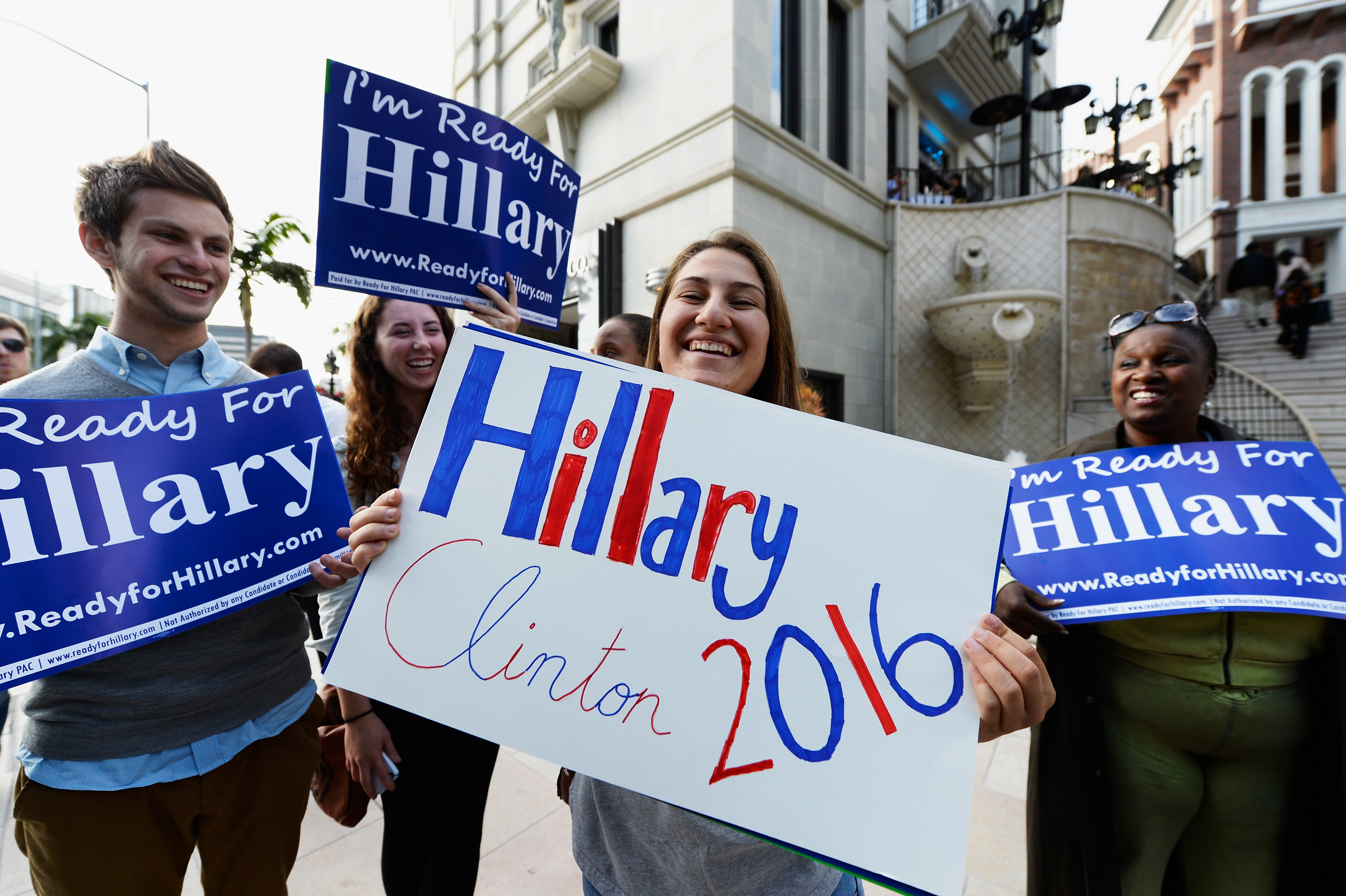 It's three years away with no candidates, but that hasn't stopped the first member of Congress from endorsing a potential 2016 presidential campaign. Sen. Claire McCaskill, D-Mo., who backed President Obama over Hillary Clinton in 2008, announced her support Tuesday for Ready for Hillary, a super PAC that's working to get Clinton to run for president.

"Hillary Clinton had to give up her political operation while she was making us proud, representing us around the world as an incredible Secretary of State, and that's why Ready for Hillary is so critical," McCaskill said in a statement.

In an email to the PAC's supporters, McCaskill asked that 5,000 people donate $5 or more by June 30 to demonstrate that Clinton has "an army of supporters." The PAC's fundraising quarter ends on June 30 and its Federal Election Commission disclosure will be released next month. Displaying a significant financial haul is one indicator that the PAC may be coalescing support for a Clinton run.

"It's important that we start early, building a grassroots army from the ground up, and effectively using the tools of the Internet - all things that President Obama did so successfully - so that if Hillary does decide to run, we'll be ready to help her win," McCaskill continued.

After Clinton left the State Department, McCaskill had said she would be "on [Clinton's] team" and "working my heart out" if the former first lady ran for president. McCaskill joins several Clinton-era aides, including James Carville, in the Ready for Hillary effort.

In 2006, during her first Senate campaign, McCaskill had famously distanced herself from the former secretary of state's husband, former President Bill Clinton, saying, "I think he's been a great leader, but I don't want my daughter near him."

Then, during the Democratic primaries in 2008, McCaskill endorsed Mr. Obama over Hillary Clinton. At the time she said she had "deep respect for" Clinton, but said she favored Mr. Obama's unique ability to incite "optimism."