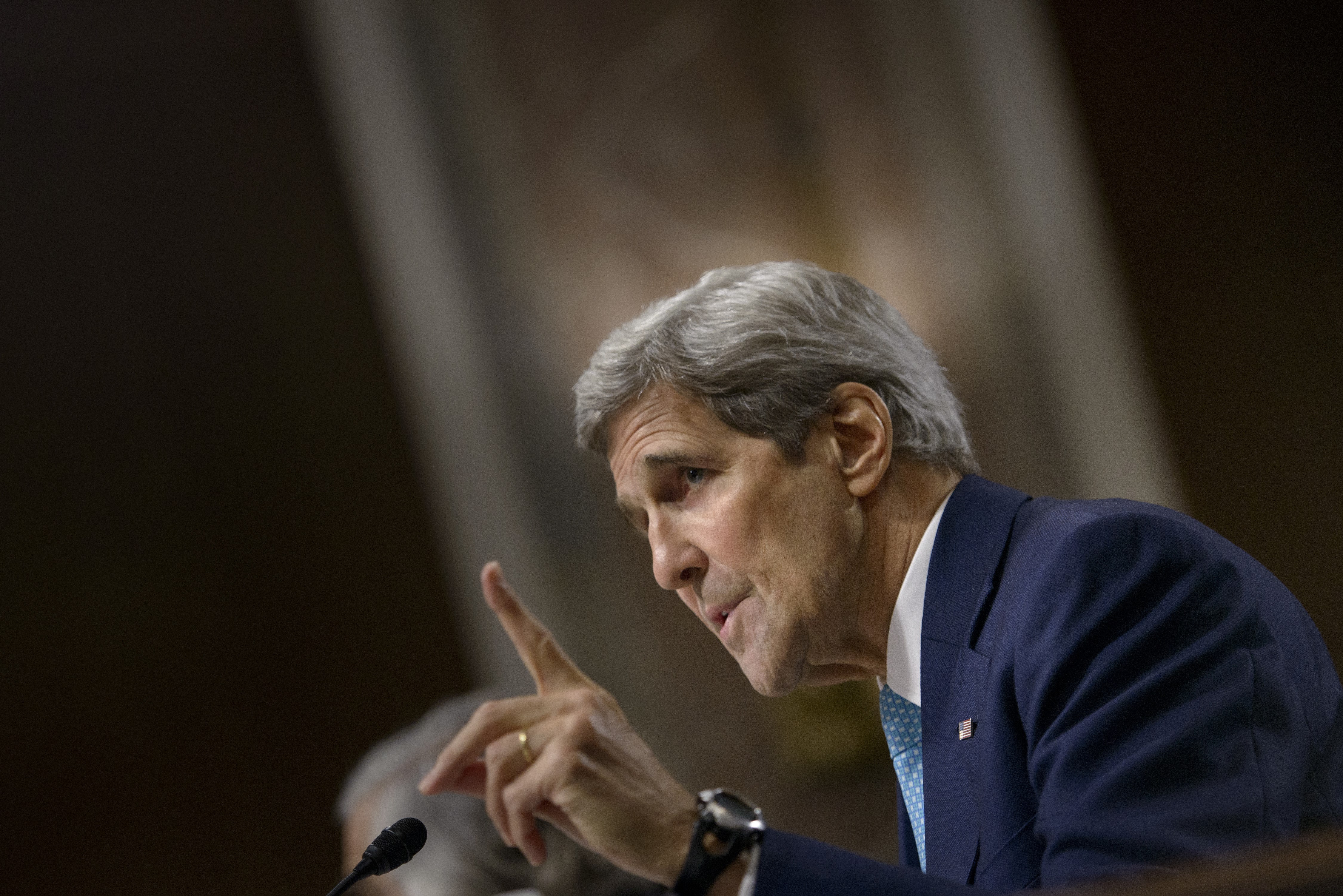 As the administration kicked off its public sales job of the Iran nuclear agreement, Senate Foreign Relations Committee Chairman Bob Corker, R-Tennessee, told Secretary of State John Kerry just how bad he thinks the agreement is.

"What I think you've actually done in these negotiations is codify a perfectly aligned pathway for Iran to get a nuclear weapon just by abiding by this agreement. I look at the things that they need to do, the way it's laid out, and I don't think you could more perfectly lay it out," Corker said. "I believe you've been fleeced."

Kerry testified before the Senate Foreign Relations Committee alongside Energy Secretary Ernest Moniz, one of the U.S. negotiators, and Treasury Secretary Jack Lew. The public debate over the deal has been fierce with many members of Congress lining up in opposition and a public campaign against the deal by Israel's Prime Minister, Benjamin Netanyahu. Several Arab states, including Saudi Arabia, continue to harbor some doubts about the nuclear deal and are unsure that the agreement will prevent Iran from acquiring a nuclear weapon.

Kerry pushed back against those critics, suggesting they were misleading the public by suggesting a better deal could have been reached.

"We set out to dismantle their ability to be able to build a nuclear weapon, and we've achieved that," Kerry said during his opening statement.

Moniz, a nuclear physicist, also testified he was "confident that the technical underpinnings of this deal are solid."

Corker began the hearing with a litany of concerns about the deal, ranging from the lifting of conventional arms and ballistic missile embargoes to the potential 24-day lapse before the International Atomic Energy Agency (IAEA) can inspect a site where they suspect unauthorized nuclear development is occurring.

Nearly two hours after the hearing began, he revised his earlier comments that Kerry had been "fleeced."

"I want to reframe and say that we have been fleeced and not make that anything that's directed at an individual," he said.

Sen. Ben Cardin, D-Maryland, the top Democrat on the committee, said he had not yet decided whether to support the deal but that he was pleased to see he believed the agreement was strengthened by an April framework.

He also urged his colleagues to "leave emotion out of this" as they debated the deal.

Under the terms of the Iran Nuclear Agreement Review Act passed in May, Congress has 60 days to review the agreement before voting to approve, disapprove or do nothing about it (about half of the 60-day period will overlap with the month-long August recess). Lawmakers can't stop the U.S. from implementing the agreement entirely. But with a vote of disapproval, they can block the president from lifting some of the toughest sanctions against key sectors of Iran's economy that were implemented by Congress.

The administration is not expected to win much, if any, Republican support for the deal. During the hearing, Sen. Jim Risch, R-Idaho, echoed Corker, saying, ""You guys have been bamboozled."