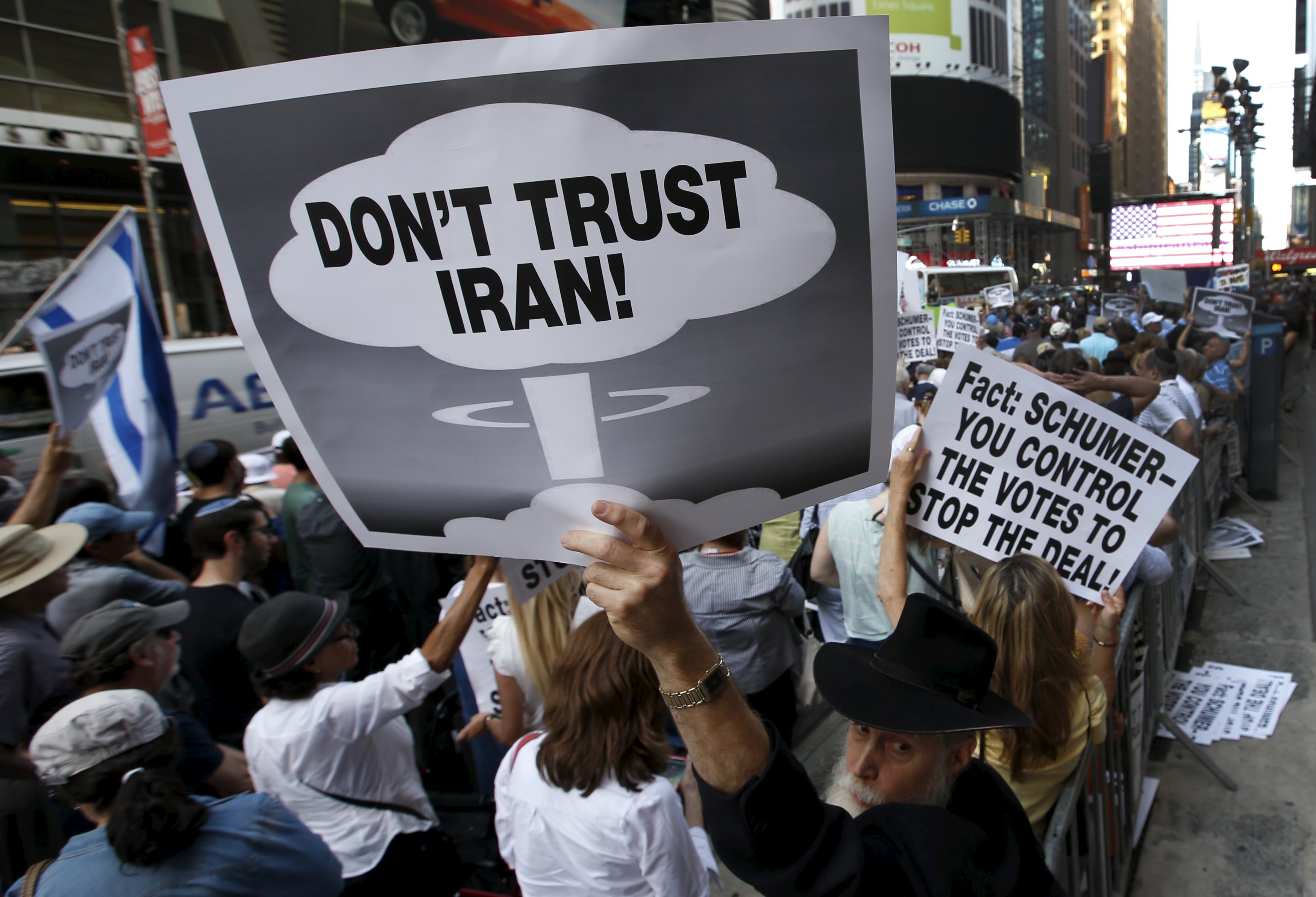 NEW YORK -- Thousands of protesters packed into Times Square Wednesday evening to demand that Congress vote down the proposed nuclear deal with Iran.

As the crowd loomed behind police barricades, chants of "Kill the deal!" could be heard for blocks, CBS New York reported. The event, billed as the "Stop Iran Rally," consisted mainly of pro-Israel supporters, though organizers said it represented Americans of all faiths and political convictions.

The group is asking Congress to reject the deal under which the U.S. and other nations would agree to lift economic sanctions against Iran in return for measures to prevent the country from building nuclear weapons.

President Barack Obama has said the U.S. considers Iran an adversary whose activities will be closely monitored.

At the rally, prominent attorney Alan Dershowitz said he was "opposing the deal as a liberal Democrat." He said he believed democracy was "ignored" because the Obama administration negotiated the deal without Congressional input.

"That is not the way democracy should operate," he told the crowd.

In a statement Wednesday, Rep. Peter King, a former chairman of the House Committee on Homeland Security, said he attended a classified briefing with Secretary of State John Kerry and "is still convinced that this is a bad deal for America."

"It was entirely wrong and arrogant for the Obama administration to submit the deal to the U.N. before Congress voted on it," he said. "It is definitely my intention to vote no on this deal with Iran."

Desiree Soper of Long Island said she was drawn to the protest because she wanted to voice her opposition.

Demonstrators also took note that U.S. Sen. Charles Schumer did not attend the protest, prompting chants of "Where is Chuck?" from the crowd.

Schumer has said he has not yet decided how he will vote. His spokesman did not immediately respond to a request for comment.