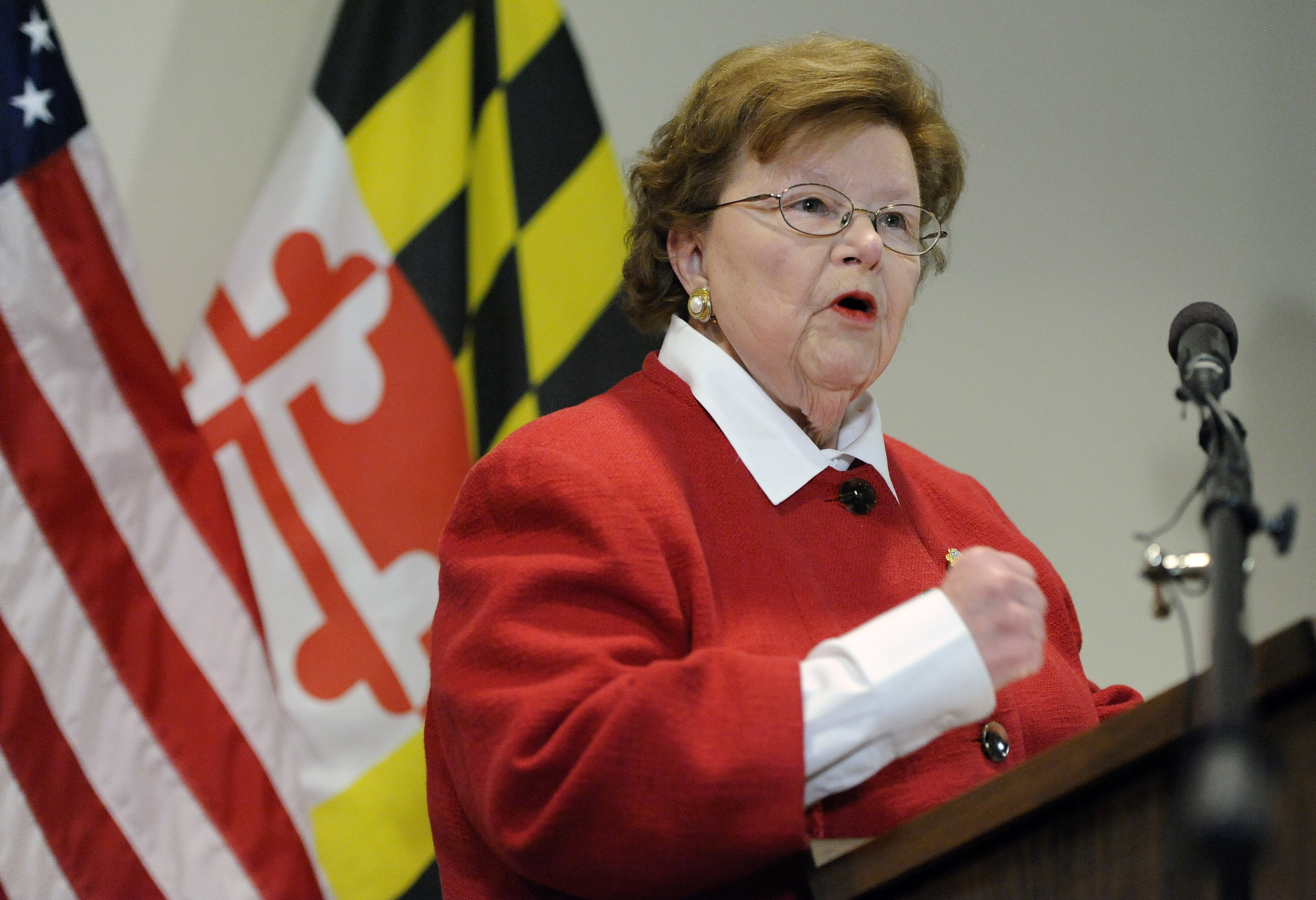 Maryland Sen. Barbara Mikulski became the 34th Democrat to come out in favor of the nuclear agreement with Iran on Wednesday, handing Democrats the number of votes they need to keep the deal alive in Congress despite Republican attempts to dismantle it.

"No deal is perfect, especially one negotiated with the Iranian regime," Mikulski declared in a statement. "I have concluded that this Joint Comprehensive Plan of Action is the best option available to block Iran from having a nuclear bomb. For these reasons, I will vote in favor of this deal. However, Congress must also reaffirm our commitment to the safety and security of Israel."

Congress will vote later this month on a resolution disapproving of the agreement. That bill is likely to pass, given the GOP majorities in Congress, but President Obama has vowed to veto it. Republicans would need to muster a two-thirds majority in both houses to override that veto, and Mikulski's declaration of support on Wednesday seems to close off that option to them.

The development marks a big foreign policy victory for President Obama and his administration, which has faced an avalanche GOP criticism on the negotiations with Iran. It also marks a stinging defeat for the opponents of the deal, who have spent months - and millions of dollars - trying to sink it.

The deal would roll back economic sanctions on Iran in exchange for limits on the country's nuclear energy program. Mr. Obama and the deal's supporters believe it represents the best way to ensure Iran does not acquire a nuclear weapon, but opponents worry it concedes too much to Iran and helps put them on a path to eventually building a bomb.

Even before Mikulski's declaration of support, Republican leaders seemed to recognize they had an uphill battle in Congress to kill the deal.

"My guess is this agreement is going to happen," Senate Foreign Relations Committee Chairman Bob Corker, R-Tennessee, said during an event at Belmont University last week, according to USA Today. "At the end of the day, I don't think there's going to be likely a veto-proof number of people to keep it from occurring."

Senate Majority Leader Mitch McConnell also conceded earlier this month that the president has a "great likelihood of success" in his push to implement the deal.