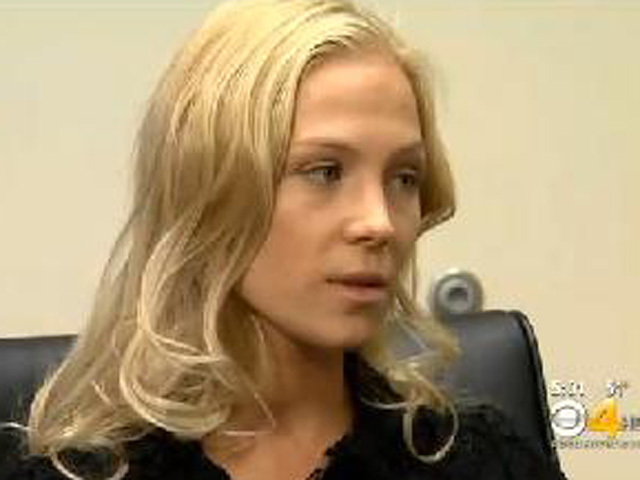 (CBS) DENVER - The 24-year old Russian girlfriend of Colorado Avalanche player Semyon Varlamov says she and her family have received death threats in her homeland since she leveled charges of abuse against him, according to CBS Denver.

A judge said Wednesday Varlamov will be allowed to travel with the team but he was ordered to stay away from his girlfriend, among other restrictions.

Vavrinyuk told investigators that Varlamov kicked her in the chest, knocking her down, and stomped on her chest as she lay on the ground in her apartment on Monday, according to an arrest affidavit. The girlfriend also accused Varlamov of dragging her by her hair and telling her that he would have beaten her more if they had been in Russia.

In an interview with CBS Denver, Vavrinyuk said Varlamov has beaten her five times since they started dating a year ago. In one occasion, he allegedly tried to drown her.

She claims the 25-year-old seemed to enjoy abusing her. The incidents allegedly took place in countries where she didn't have much help from authorities.

A woman serving as a translator said, "(She feels) that really the legal system couldn't do anything about it. She feels confident in the U.S. that with the law and women's rights someone will pay attention and notice what happened to her."

When the reporter asked Vavrinyuk why she put up with the abuse, the translator said, "She really, truly loved him and wanted to have a family with him," then added, "She thought that maybe he would change."

Vavrinyuk said she is scared to go back to Russia, according to the station.

Varlamov, the goalie for the NHL's Avalanche, is in line to possibly play for the Russian national hockey team in the 2014 Winter Olympics.