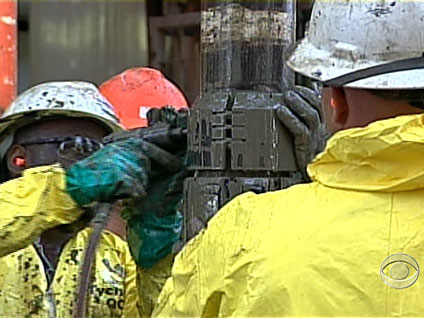 Baseball commissioner Bud Selig asked players to agree to a 50-game suspension for first-time steroid offenders and a lifetime ban for a third violation under what he called a "three strikes and you are out approach" to doping.

In a letter sent this week to union head Donald Fehr, Selig proposed a 100-game ban for a second offense. He also asked the union to ban amphetamines, to have more frequent random tests and to appoint an independent person to administer the major league drug-testing program.

"Third offenders should be banned permanently. I recognize the need for progressive discipline, but a third-time offender has no place in the game," Selig wrote to Fehr. "Steroid users cheat the game. After three offenses, they have no place in it."

Under the rules that began this season, a first offense gets a 10-day suspension, with the penalty increasing to 30 days for a second positive test, 60 days for a third and one year for a fourth. For a fifth positive, the penalty is at the commissioner's discretion.

Baseball currently has no penalties for amphetamine use by players on 40-man major league rosters. Amphetamines are banned for players under minor league contracts.

"Last winter, we reopened our agreement to deal with steroids," Selig wrote in the April 25 letter, a copy of which was obtained Saturday by The Associated Press. "I am asking you now to demonstrate once again to America that our relationship has improved to the point that we can act quickly and effectively deal with matters affecting the integrity of our great sport."

Reached Saturday, Fehr said the union was not yet prepared to discuss Selig's proposal.

"That would get it out of the game — in a heartbeat," Kansas City Royals pitcher Brian Anderson said.

"I don't know if Bud's trying to get out in front and make us the good guys or the bad guys," said New York Mets pitcher Tom Glavine, a senior union leader.

"I happen to be able to believe that our program is a good one and if we leave it alone, it's going to do what we want it to do," Glavine told the AP in Washington. "But if everybody has their mind set on making it tougher, then you're going to have to take the time, continue to look at it, and continue to look at alternatives. It's not something you can expect to happen in two weeks or two months. It's going to take a while, but I still think that it's something, that if it's deemed to be changed, you can probably get something done by next season."

Baseball players agreed during the offseason to reopen the drug agreement, which was not set to expire until December 2006. The new rules, which began in March, for the first time instituted suspensions for a first positive test for steroid use. Four players have received 10-day bans, all with relatively low profiles: Tampa Bay outfielder Alex Sanchez, Colorado outfielder Jorge Piedra, Texas minor league pitcher Agustin Montero and Seattle minor league outfielder Jamal Strong.

The new agreement, not scheduled to expire until December 2008, has been criticized by many in Congress as not tough enough and several congressmen threatened to propose federal legislation.

"I continue to believe that time is of the essence in addressing this issue," Selig wrote to Fehr.

Several congressmen cited the World Anti-Doping Agency code as their ideal. It calls for a two-year ban for a first offense and a lifetime ban for a second, unless there are mitigating circumstances.

Some in Congress also were concerned that baseball's program is administered by a committee of management and union representatives, and several wanted a ban on amphetamines, long referred to as "greenies" in baseball.

"It is time to put the whispers about amphetamine use to bed once and for all," Selig wrote. "To the extent that our culture has tolerated the use of these substances, the culture must change."

Selig, Fehr, Mark McGwire, Sammy Sosa and Jose Canseco were among those who testified before the House Government Reform Committee on March 17. Baseball has retained the communications firm of former White House press secretary Ari Fleischer to assist on steroids and other matters as congressmen pressed for action.

"This is what can happen when you shine a little light," said Dave Marin, spokesman for committee chairman Tom Davis, a Virginia Republican. "Davis' primary goal all along has been to encourage a little more self-policing. Kudos to the commissioner."

"It is weaker than the policy Congress is considering, but significantly stronger than baseball's current policy," Waxman said in a statement.

Selig disclosed the letter to Fehr in a memorandum the commissioner sent Friday to team owners, presidents and chief executive officers.

"This letter follows a personal meeting with Don and several telephone conversations during which I expressed my fervent views on the subject of the use of performance-enhancing substances," Selig wrote in the memo, which also was obtained by the AP.

"It is my strong opinion that, regardless of whatever incremental progress we may have made under the current agreement, we continue to have a serious integrity issue with regard to our current policy and our great game," Selig wrote. "Prompt, decisive and dramatic action is needed to address the use of performance- enhancing substances because of the unfairness of such use to the rest of our players who want a level playing field."

Selig said he will make alterations for 2006 to the drug-testing program for players with minor league contracts, who are not covered by the collective bargaining agreement. Currently, the minor league penalty starts at 15 games for a first offense, then escalates to 30 games, 60 games and one year, with a fifth offense bringing a lifetime ban.

"These changes will include tougher discipline, including a permanent ban for a third offense, stricter regulation of amphetamines and greater reliance on independent experts," Selig said.