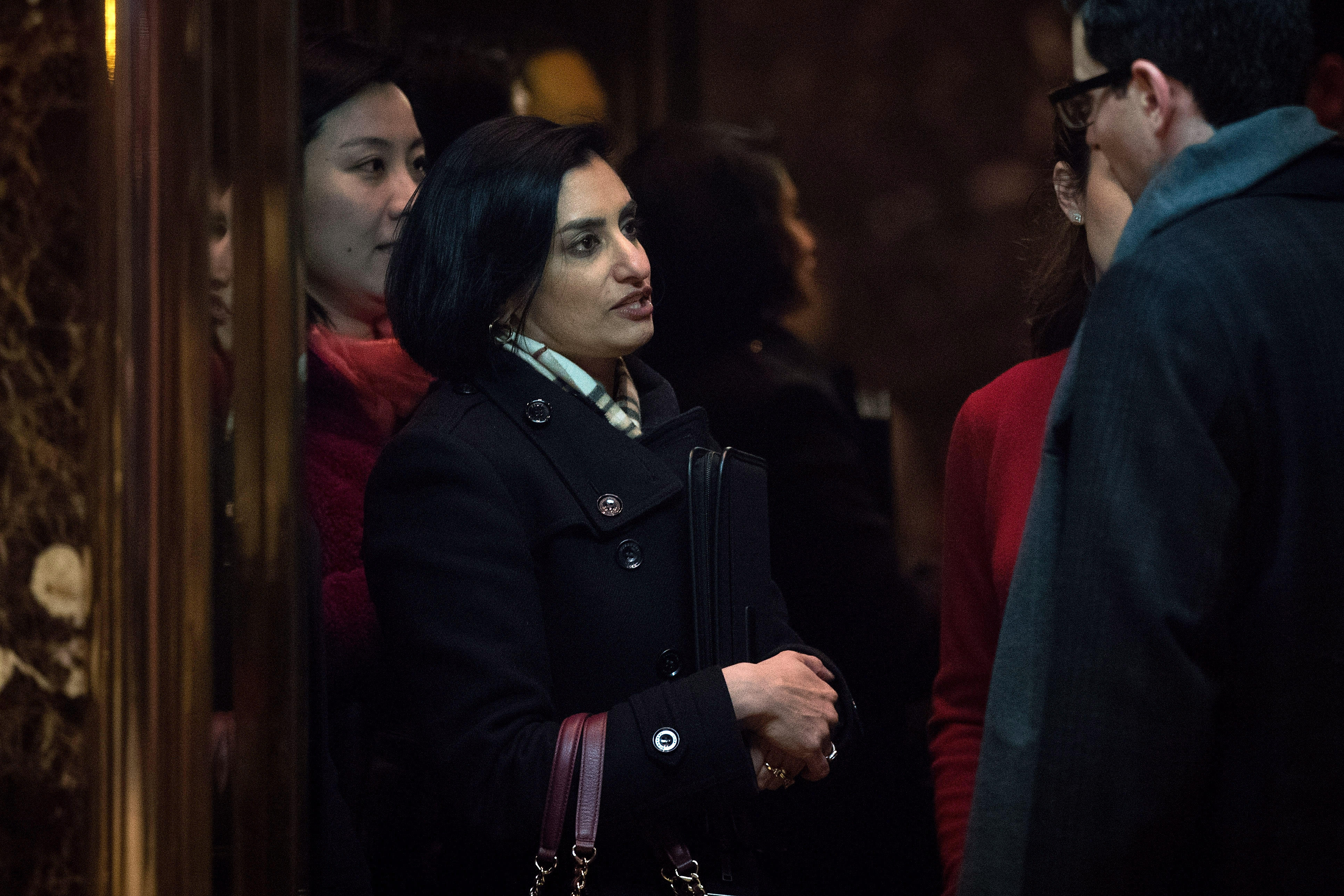 Verma was confirmed 55-43 in the Senate Monday evening.

Verma will head the Centers for Medicare & Medicaid Services, an agency that oversees health insurance programs covering more than 130 million Americans. Known as CMS, it’s also responsible for administering the Obama-era health care law that Trump has vowed to repeal and replace.

She’s a protégé of Vice President Mike Pence, after designing a Medicaid expansion along conservative lines for Indiana when he was governor. Her consulting business has about a dozen staffers, and if confirmed, she would run an agency with nearly 6,500 employees.

One of Verma’s new roles will involve acting as a liaison to the states as Republicans try to move their “repeal and replace” legislation through Congress.

A significant number of Republican governors expanded Medicaid coverage for low-income people under the Affordable Care Act. Now, they are considered pivotal players in the congressional debate to decide the fate of “Obamacare.” Some of the governors are concerned that a plan from House Republicans to limit future federal financing would take too much money out of Medicaid, too quickly.

Verma said during her confirmation hearing that Medicaid needs a full overhaul but that she doesn’t support turning Medicare into a “voucher” plan.