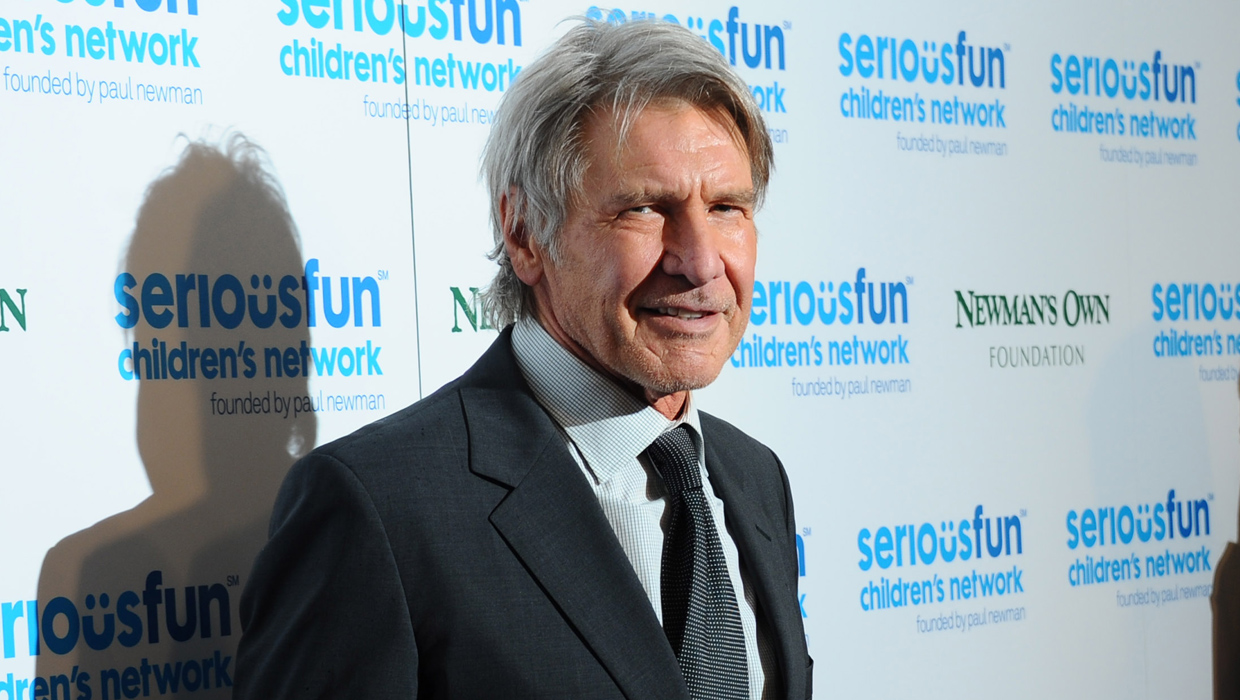 Harrison Ford wants to remind Donald Trump that "Air Force One" is really just a movie.

The "reminder" comes after the Republican presidential hopeful was quoted as saying he loves the veteran actor and his movies: "My favorite was Harrison Ford on the plane." That would be the 1997 film "Air Force One" in which Ford plays the role of President James Marshall.

"I love Harrison Ford -- and not just because he rents my properties. He stood up for America," Trump said.

When asked about Trump's remark during an interview with Australian television morning show Studio 10," Ford said, "It's a movie, Donald. It was a movie. It's not like this in real life. But how would you know?"

The "Star Wars" actor also pretended not to know that Trump was running for president of the United States.

Check out the interview below, and see Ford on the big screen in "Star Wars: The Force Awakens" on Dec. 18.