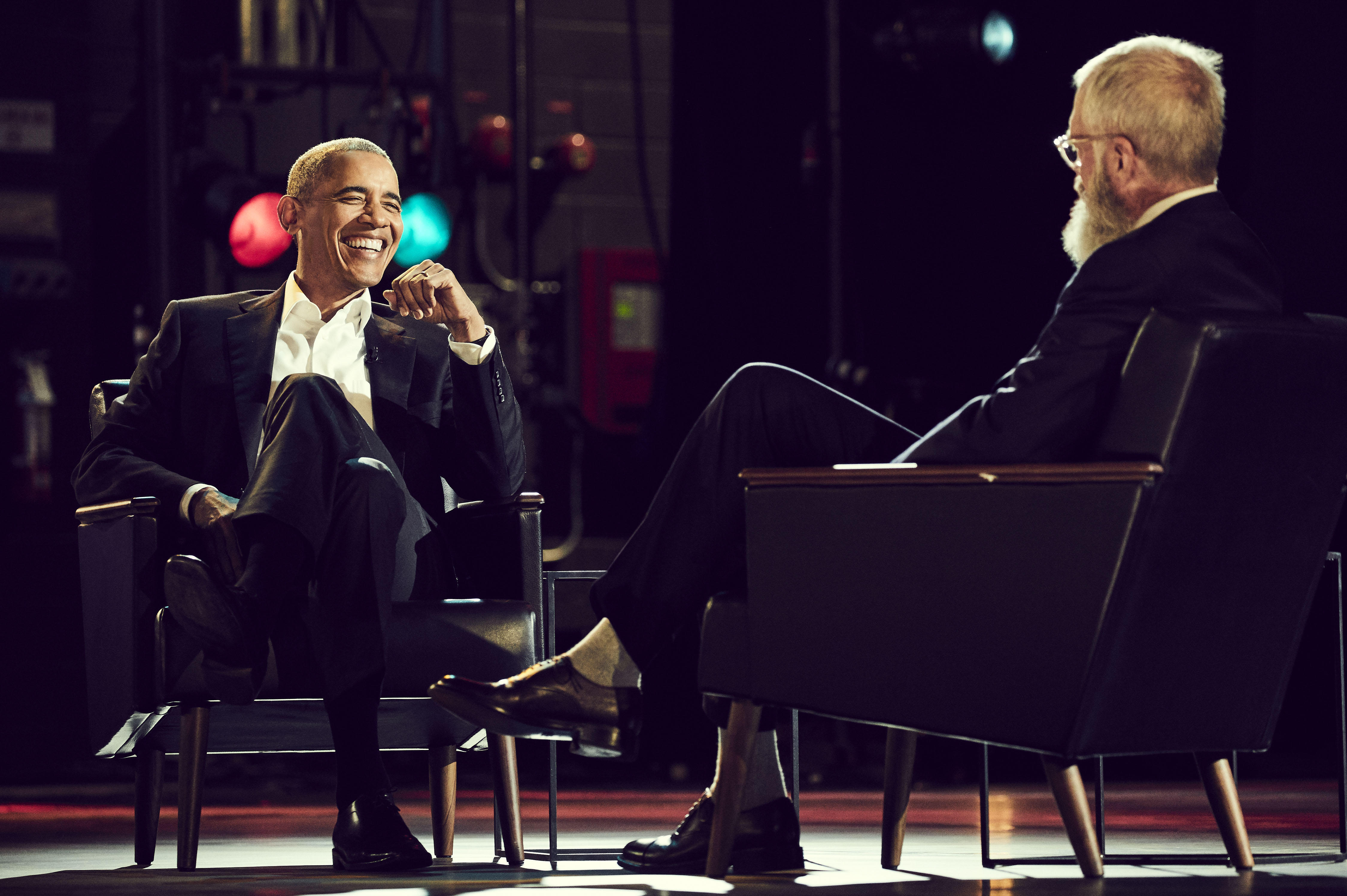 Netflix has shared a first look at David Letterman's new show, "My Next Guest Needs No Introduction with David Letterman." The clip shows Letterman with his first guest on the show, former President Barack Obama. The appearance marks Obama's first talk show appearance since leaving the White House.

In the clip, Obama discusses a photo in which he is dancing next to Prince, which he says was taken "three or four months" before the singer's death. Obama revealed that his daughter, Sasha, was on stage dancing before she pulled him up to join them.

Obama said he was surprised his daughter let him on stage.

"She always mocks my dancing," he said. "I have dad moves and I think the key is what we call, 'Staying in the pocket.' You gotta stay in the pocket because I think everybody here knows dads who get out of the pocket. They're trying stuff that they can't really pull off and they start doing karate kicks and all kinds of stuff."

Letterman laughed and seemed incredulous about dads doing karate kicks as dance moves, prompting Obama to ask, "Is that one of the things you do?"

The former "Late Show" host's guest list is full of all-stars, including George Clooney, Malala Yousafzai, Jay-Z, Tina Fey and Howard Stern. The interviews take place both inside and outside a studio setting, with Letterman traveling to "locations far and wide," according to a Netflix press release. The episodes will take an in-depth look at Letterman's guests.

The premiere episode of "My Next Guest Needs No Introduction" will be available on Netflix on Friday, Jan. 12, and subsequent episodes will air monthly in 2018.