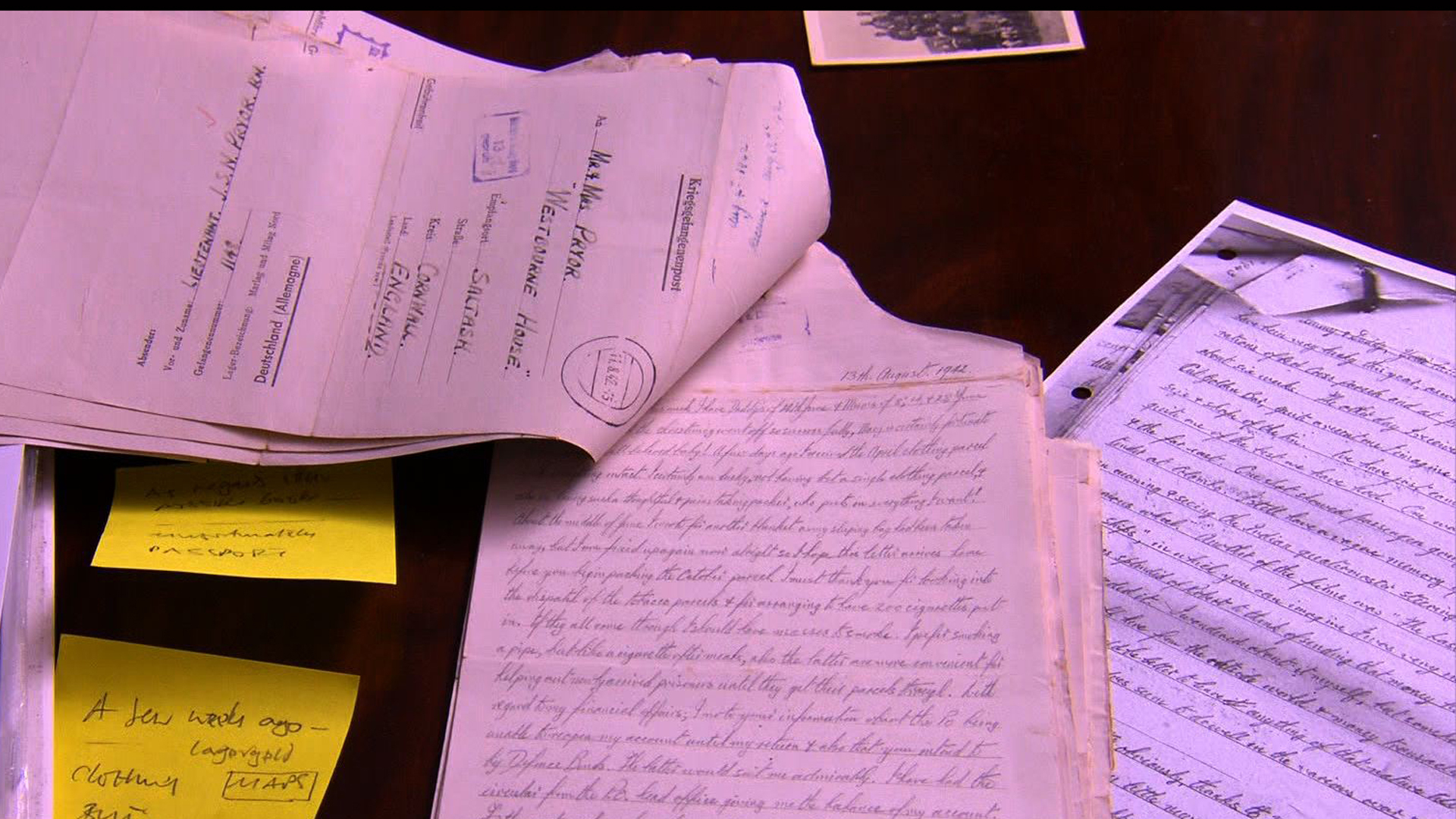 (CBS News) Thousands of British servicemen were captured during World War II. They endured life in German prison camps, but a few managed to send coded letters with vital military intelligence back home. The secret messages of one such prisoner are being revealed 70 years later.

The evacuation of British and Allied troops from Dunkirk early in World War II was either a military disaster or a strategic withdrawal. Winston Churchill called the rescue of more than 300,000 troops hemmed in by the Nazi advance a miracle. But in this case, it's also the beginning of another story of ingenuity, heroism and mystery.

John Pryor was a naval officer aboard one of the ships which, under German bombardment, had already rescued one load of troops. When it went back for a second load, the ship ran aground and Pryor was captured. He spent the rest of the war in a German POW camp from which he wrote dozens of letters back to his family in England.

Stephen Pryor says his father's letters were always considered special, but that his grandfather, to whom they were addressed, didn't know how special.

CBS News' Mark Phillips asked Stephen Pryor, "Did you always know that contained within in these letters was some sort of secret code?"

Pryor said, "The family knew these letters were in code because they had a distinctive mark on them but we didn't know what the code was or how to crack it."

In code because, although the letters seemed to be about mundane aspects of camp life, such as cigarettes, tobacco and chocolate, hidden in them were secrets, details of the German war effort, prisoner escape plans. But the code had died with Stephen's father and even modern code breakers were stumped.

Stephen Pryor had mentioned the letters to historians at the nearby university in Plymouth who tried and failed to break the code before enlisting the help of mathematician David McMullan, of the University of Plymouth. He was impressed by what he found.

McMullan said of the code, "Bloody clever! I don't think it has a name other than that!"

And what he found was the long-forgotten key to the code. This the bit that makes your head hurt. He found a sequence of words at the beginning of sentences whose initial letters unlocked a grid containing yet more letters and -- crucially -- numbers that would reveal to military analysts back in Britain snippets of valuable intelligence.

Innocent passages in the letters suddenly become requests for items such as local currency and fake travel documents. McMullan said, "And you can see that apart from a spelling mistake, John's requesting information about passports."

Or in another letter, news of a missing -- actually sunk -- British submarine, HMS Undine.

Pryor, reading from one letter explained, "'Many seeds are left being saved from several plants, which did very well some time ago. Our last year's harvest was extremely good.' So it's talking about the prisoners of war vegetable garden. Between 'many' and 'good' spells 'Undine', the name of the British submarine."

The letters also provided strategic intelligence -- news of German troop build ups and ammunition dumps the prisoners had heard about.

They were not only useful and clever, historians like Harry Bennett say the letters were written at great risk.

Bennett, a historian at Plymouth University, said, "If the Germans had been aware of what was going on the individuals who had written those letters could very easily have been in the hands of the Gestapo."

Had the Nazis discovered the code and censored the letters, the POWs could have been shot as spies. The British war office did know the code at the time and decoded the letters before they were sent on to the families, but the code was considered so sensitive it has remained secret until now.