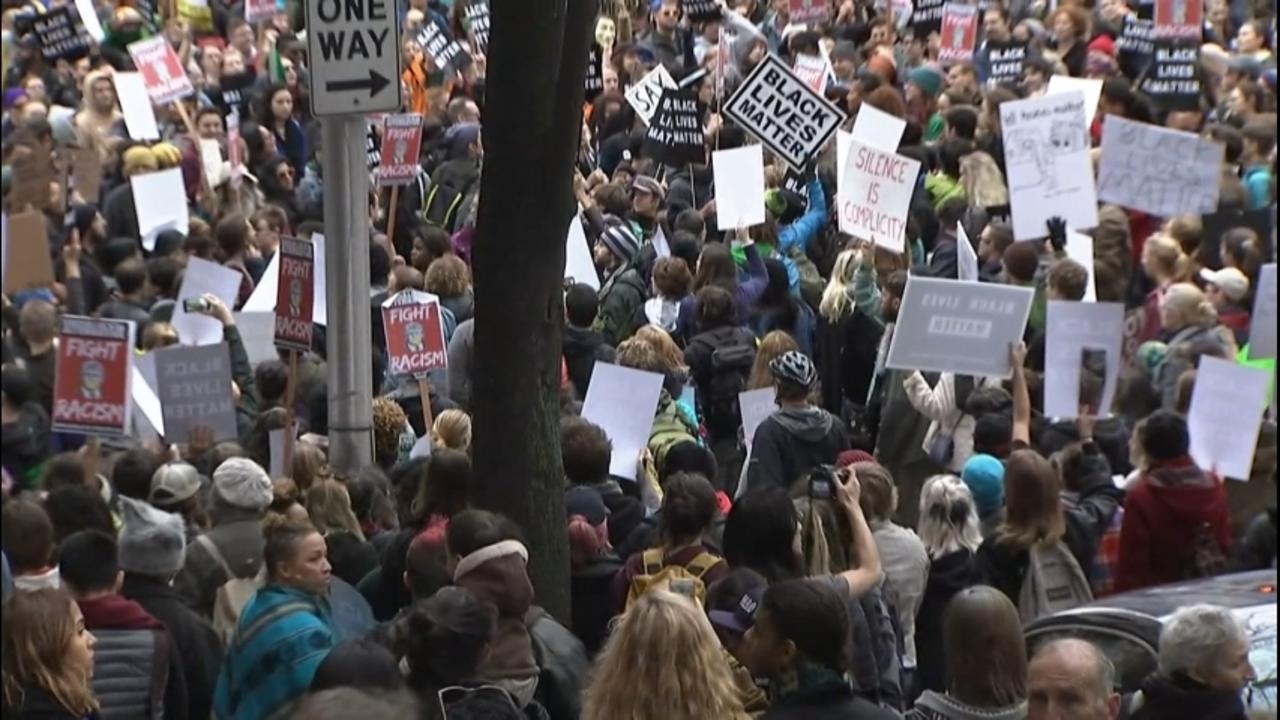 The protest happened during the annual tree lighting ceremony, which is smaller this year, but organizers say the reason for the small ceremony is not because of the now-annual protests.

The protesters on Friday were not in Westlake during the tree lighting.

Black Lives Matter demonstrators say they want people to remember the racial injustice throughout the year.

A Facebook page for the event said, “#BlackLivesMatter, Not Black Friday,” and” No school, no work, no shopping, no excuses. Just hit the streets.”

Seattle police were in the area to keep the protests peaceful.