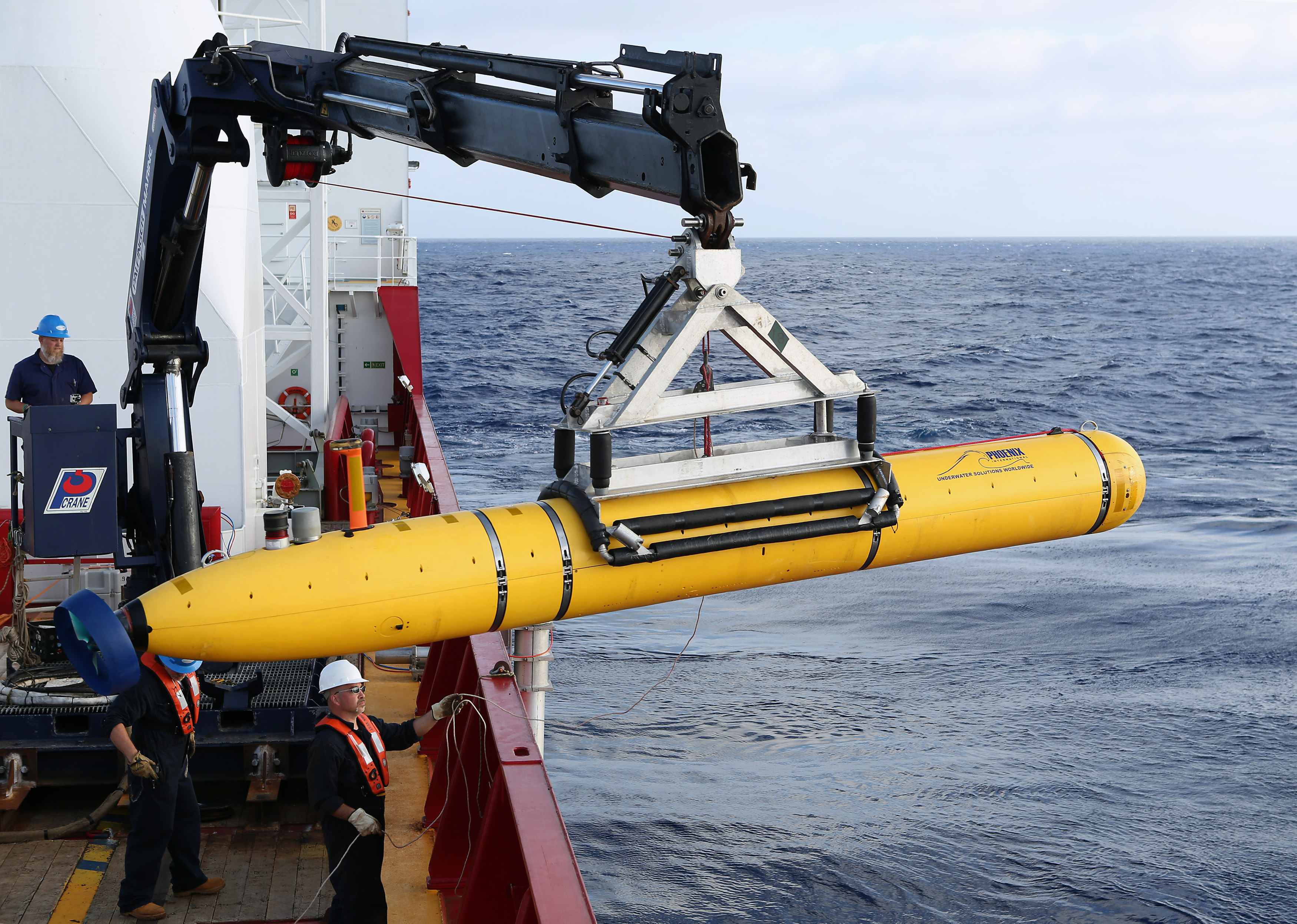 CANBERRA, Australia -- An Australian agency says investigators have concluded that the missing Malaysian jet is not within an area thought to be its most likely resting place after an unmanned submersible found no sign of the plane.

The agency said an expanded search of 21,600 sq. miles, based on satellite analysis of the plane's most likely route, would probably begin in August after operators of much more powerful commercial side-scan sonar are contracted. Officials say the renewed search could take eight months to a year.

The plane carrying 239 people vanished March 8 on a flight from Kuala Lumpur to Beijing.

The word came soon after a U.S. Navy spokesman on Thursday dismissed as "speculative and premature" an American expert's reported comments that the acoustic "pings" at the center of the search for the missing plane didn't come from the jet's black boxes.

CNN reported that the Navy's civilian deputy director of ocean engineering, Michael Dean, said most countries now agreed that the sounds detected by the Navy's Towed Pinger Locator in April in the southern Indian Ocean came from a man-made source unrelated to the jet, which vanished March 8 with 239 people on board.

"Mike Dean's comments today were speculative and premature, as we continue to work with our partners to more thoroughly understand the data acquired by the Towed Pinger Locator," U.S. Navy spokesman Chris Johnson said in a statement, referring to Australia and Malaysia.

The Navy will defer to Australia, the lead nation in the Indian Ocean search effort, to make additional information known at the appropriate time, Johnson said.

Australia's JACC and Australian Transport Minister Warren Truss did not immediately respond to requests for comment Thursday. Dean, who is based in Washington, could not be immediately reached for comment.

Not a single piece of the Boeing 777 has been found after it disappeared during a flight from Kuala Lumpur, Malaysia, to Beijing. Satellite analysis led authorities to believe that Malaysia Airlines Flight 370 had diverted sharply from its flight path and flown south to the Indian Ocean.

Officials had described the detection of four series of "pings" in the area that the satellite data indicated was the likely crash site as their best lead in the search. The signals appeared to be consistent with those from aircraft black boxes, which contain flight data and cockpit voice recordings. The locator beacons have a battery life of about a month, so it is presumed they have died.

Earlier this week, the Malaysian government released reams of raw satellite data it used to determine that the flight ended in the southern Indian Ocean, a step long demanded by the families of some of the passengers on board. The conclusion is based on complex calculations derived largely from brief hourly transmissions, or "handshakes," between the plane and a communications satellite operated by the British company Inmarsat.

But while the 45 pages of information may help satisfy a desire for more transparency in a much criticized investigation, experts say it's unlikely to solve the mystery of Flight 370. Theories range from mechanical failure to hijacking or pilot murder-suicide.

The families of the victims - many of whom have been highly critical of the Malaysian government and, in the absence of any wreckage, have been unwilling to accept that their loved ones are dead - had been asking for the raw satellite data for many weeks so it could be examined by independent experts. Malaysia initially balked at doing so, but then reconsidered.

The Reuters news agency reports Malaysian Prime Minister Najib Razak won't meet with the families of Chinese passengers from the flight when he visits Beijing for the first time since it vanished.

But Najib won't meet with the families. About two-thirds of the Flight 370 passsengers were Chinese. No explanation was given for the Malaysian delegation told Reuters Wednesday he couldn't

immediately say why no meeting would take place.