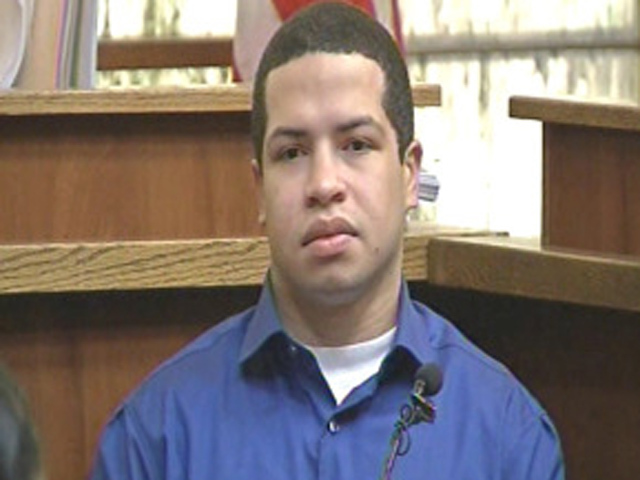 The 12-person panel reached its verdict after deliberating about 16 hours over four days. Rivera, 23, was also convicted of armed burglary.

Rivera told police in a videotaped confession that he shot Taylor after kicking in the bedroom door.  At the trial, he said on the witness stand that his confession was given only under police pressure and amid purported threats to his family. He testified the confession was improperly coerced and insisted he never went inside. Rivera sought to blame the slaying on another would-be burglar.

In the confession, Rivera said the group of five young men, all from the Fort Myers area, had driven to Taylor's house planning to steal large amounts of cash he kept inside. They thought Taylor, 24, would be out of town at a game against Tampa Bay, but didn't realize until it was too late that he was home with a knee injury. Taylor's then-girlfriend, Jackie Garcia Haley, and their 18-month-old daughter, were also home at the time. They were not hurt.

According to CBS Miami, Rivera told the jury that he did not go inside Taylor's home, claiming he stayed in the car during the burglary and accusing another man, Venhjah Hunt, of being the shooter.

Three of the five defendants await trial. A fourth pleaded guilty earlier and was sentenced to 29 years in prison.

The death penalty is not an option for Rivera because he was a teenager at the time of the alleged murder, according to CBS Miami.