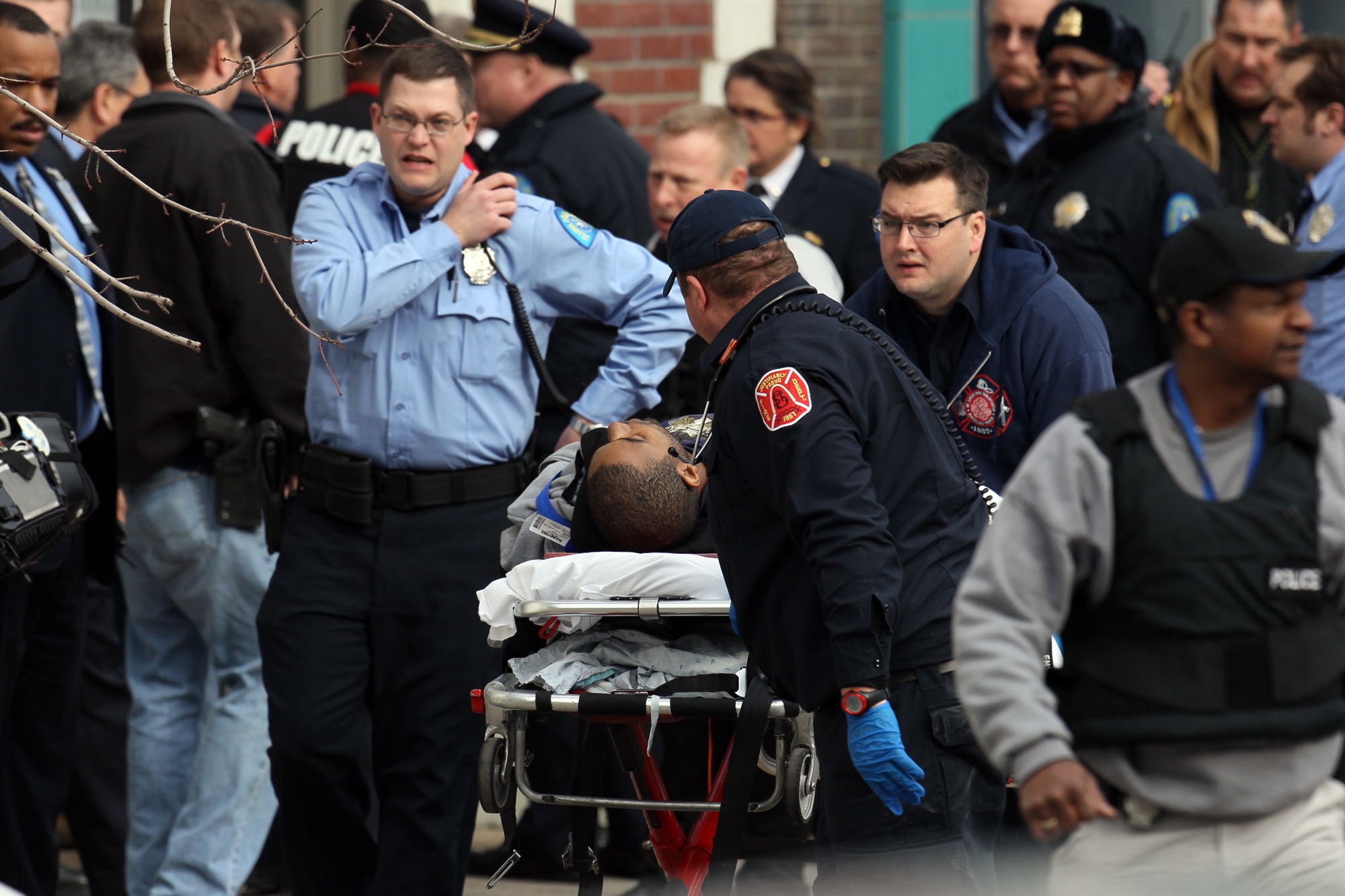 (CBS/AP) ST. LOUIS - A part-time student with a history of crime and mental health issues was charged Wednesday for allegedly shooting an administrator at a downtown St. Louis business school in a dispute over financial aid.

Sean Johnson, 34, is charged with first-degree assault, armed criminal action and two firearms violations for the shooting on Tuesday at the Stevens Institute of Business & Art.

Authorities have not disclosed Johnson's condition.

A probable cause statement said Johnson and Elsenrath had a heated exchange about Johnson's financial aid on Monday. The statement said that after another discussion on Tuesday, Johnson shot Elsenrath in the chest at Johnson's fourth-floor office. Police found Johnson in a stairwell between the third and fourth floors with a bullet wound to the side.  The handgun Jhe allegedly used was nearby.

The shooting created what Police Chief Sam Dotson described as a "chaotic scene," as 40 or so students, along with faculty and staff, scrambled to get out of the historic five-story building, some taking refuge in neighboring businesses. Others huddled in closets or under desks until police arrived.

Johnson has been in trouble before.

He pleaded guilty to unlawful use of a weapon and second-degree assault for attempting to slash a taxi driver with a box cutter in 2009.  After the cab crashed into a median, the driver and Johnson struggled until police arrived.

Johnson was sentenced to five years of probation in the case, and required to take medication for an undisclosed mental health condition. He is still on probation.

The probable cause statement in Tuesday's shooting said Johnson also had prior convictions for drug trafficking and possession.