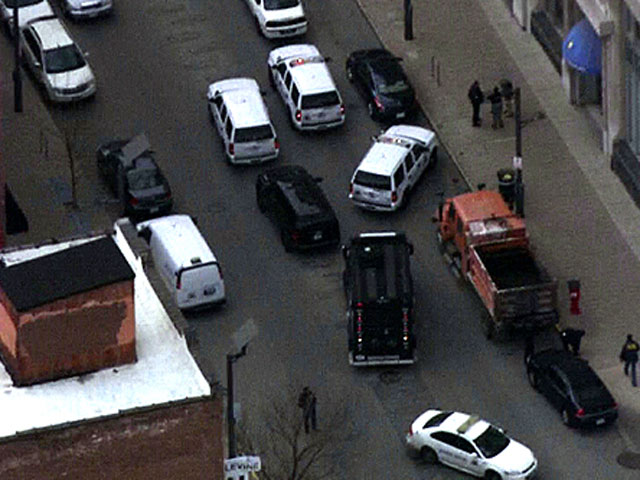 (CBS/KMOV) ST. Louis - Police say a gunman shot one person then himself at a downtown St. Louis business school on Tuesday.

According to CBS affiliate KMOV, the shooting occurred around 2 p.m. at the Stevens Institute of Business and Arts in the 1500 block of Washington Avenue near 15th St.

According to police, a gunman entered the school and shot a person in his late 40s in the chest, before shooting himself. CBS News reports that the victim was an administrator at the school.

Both the suspect and victim were transported to SLU Hospital in critical condition, KMOV reports.

Police reportedly say everyone else was evacuated from the building as SWAT units checked the school to make sure it was empty.