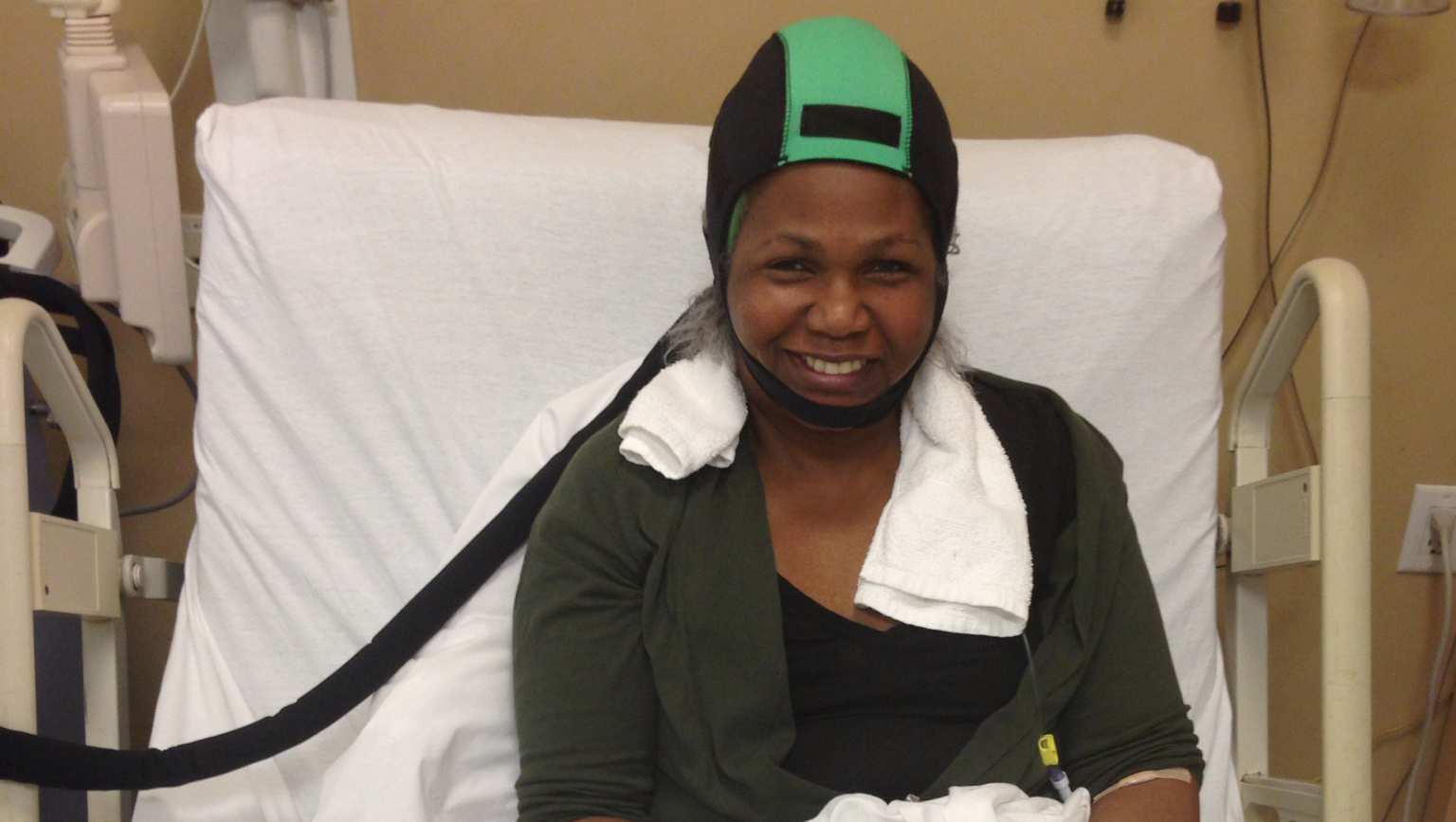 Losing her hair was one of the side effects Donna Tookes dreaded most as she prepared to start chemotherapy almost two years ago. She had just been diagnosed with breast cancer at the age of 59, and doctors recommended a mastectomy followed by 12 rounds of chemo.

"I had resigned myself," Tookes told CBS News. She stocked up on scarves to cover the expected loss of her signature silver mane. But she never needed them, because she got the opportunity to take part in testing a cooling system called the DigniCap, which chills patients' scalps to reduce hair loss during chemo.

It worked for her - and for others.

On Tuesday, the Food and Drug Administration announced it will allow marketing of the DigniCap in the U.S.

The device, made by Sweden's Dignitana AB, is the first version officially cleared by the FDA. The company will lease the device to cancer centers to use as their patients come in for chemotherapy.

A doctor who led research with the hair-preserving strategy welcomed the FDA's move, saying hair loss has a traumatic effect on patients, and survivors, by revealing an illness that many would prefer to keep private.

"It's such a marker for women - for work, for their families, for their children - that something's wrong with them," said Dr. Hope Rugo of the University of California, San Francisco. "You get just a few months of chemotherapy, and it takes more than a year for your hair to recover."

Scalp cooling is an idea that's been around for decades. The near-freezing temperatures are supposed to make it harder for cancer-fighting drugs to reach and harm hair follicles by temporarily reducing blood flow and cell metabolism in the scalp.

Several versions of cold caps are sold around the world. In the U.S., breast cancer patients sometimes bring collections of gel-filled caps to chemo sessions in ice chests, or store them in hospital-provided freezers, so that when one cap thaws they can don another.

A half-hour before starting a chemo session, patients strap on a tight-fitting cap that's connected to the cooling machine. It gradually chills the scalp, being careful to stay above freezing, until it's numb as the chemo infusion begins. Patients stay hooked to the cooling system during the treatment, and for about an hour and a half later as blood levels of the cancer-fighting drugs drop.

Rugo and oncologists at four other medical centers studied the DigniCap system in 122 women undergoing standard chemo regimens for early-stage breast cancer. More than two-thirds of the treated women kept more than half their hair.

"Looking healthy made me feel healthier," said Deanna King of San Francisco, who participated in the trial in late 2013 and said she retained 80 percent of her hair.

She'd been between jobs when she was diagnosed with breast cancer, and keeping her hair made it easier to restart interviews with potential employers as soon as she felt well enough.

"People are frightened of people that look sick," King said. "It made the experience a little less traumatic."

The most common side effects of the DigniCap treatment were cold-induced headaches and neck and shoulder discomfort, chills and pain associated with wearing the cooling cap for an extended period, the FDA said.

Some doctors had long wondered if the cold could prevent chemotherapy from reaching any stray cancer cells lurking in the scalp. The FDA said the risk of that happening "is extremely rare."

"Because women tend to survive early breast cancer for so many years, the FDA should provide the evidence to show if there's any long-term risk," said Dr. Len Lichtenfeld of the American Cancer Society. He said women should discuss the option with their doctors.

The cost is still being finalized but patients would be charged a fee for each DigniCap use. Depending on how many rounds of chemo a woman undergoes, the total cost could range from $1,500 to $3,000, said Dignitana chief operating officer Bill Cronin. The company is negotiating with insurance companies for coverage.