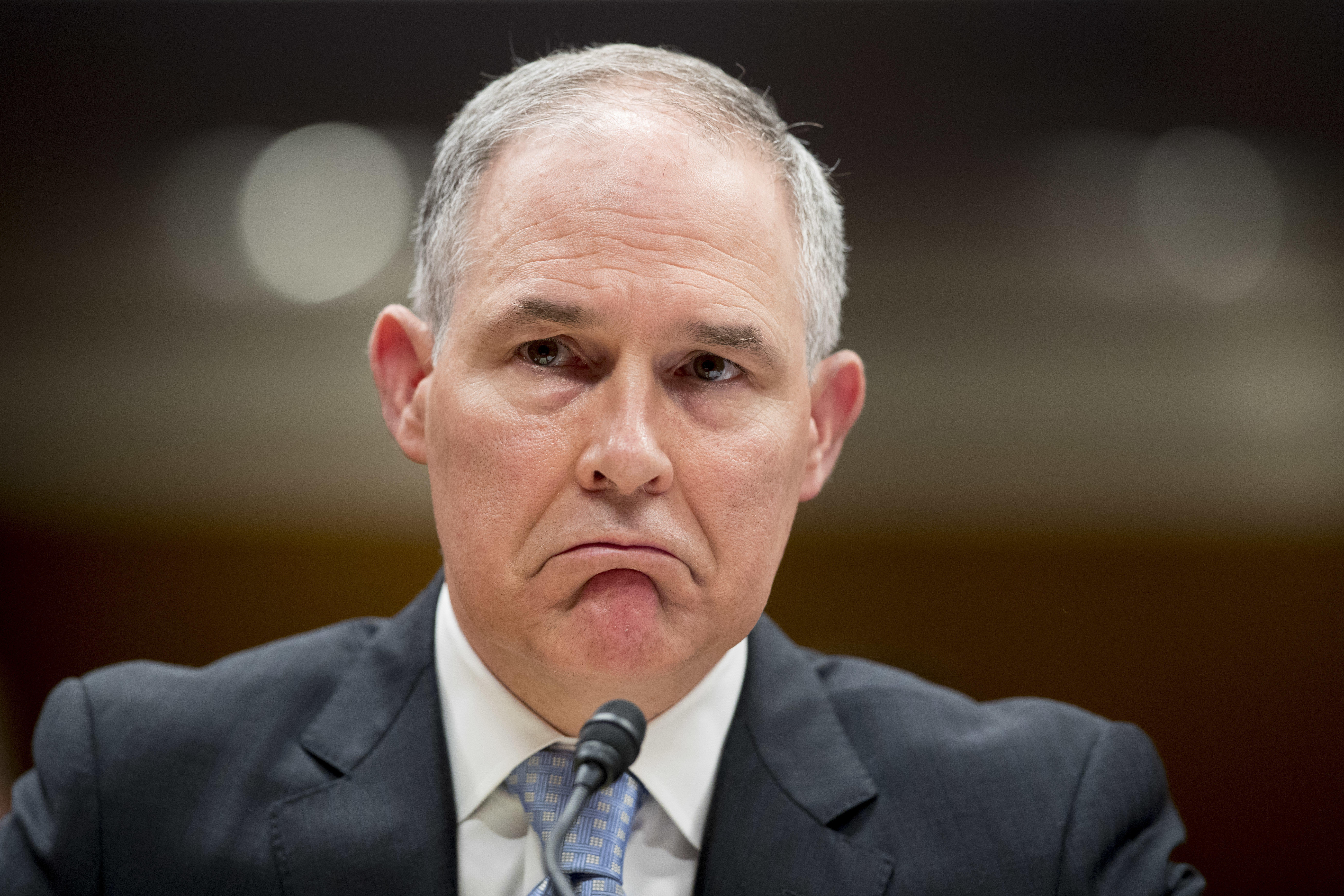 Environmental Protection Agency Administrator Scott Pruitt wanted a used mattress from the Trump Hotel and asked an EPA aide to track one down.

The aide, Millan Hupp, served as Pruitt's director of scheduling and advance and, in an interview with congressional investigators, she said she performed various personal tasks for the administrator, including contacting real estate agents, visiting rental properties and trying to acquire the mattress.

According to an interview transcript released by House Democrats, Hupp said she recalls discussions with Pruitt about "the possibility of securing an old mattress from the Trump Hotel."  She contacted the managing director at the Trump International Hotel in Washington, DC, via email in September 2017.

This was around the time that Pruitt was moving to a new apartment, Hupp recalled. She said that Pruitt himself had also spoken with someone at the hotel about purchasing the mattress.

Pruitt never got the mattress and Hupp told committee staff that she was not involved in furnishing Pruitt's apartment beyond the mattress request.

Hupp did not immediately reply to a request for comment.

A representative from the Trump Hotel said that it was not possible to buy a used mattress from the hotel but provided CBS News with the manufacturer's model and contact information: a Stearns and Foster Luxury Plush Euro Pillowtop mattress. A king size mattress sells for over $2,500 dollars at market value.

"It was a general inquiry and nothing happened," Patricia Tang, a spokesperson for the Trump Hotel in D.C., said of Hupp's request.

"He's a government employee so, internally we only sell to our associates and otherwise people are free to buy full retail online," she added.

Up until 2015, Serta manufactured Trump mattresses in partnership with the Trump Home label. Serta halted sale of the product after Trump made disparaging remarks about Mexican immigrants. Trump Home iSeries mattresses retailed for as much as $2999 and had such features as "dual-action gel memory foam."

The new details of the work Pruitt asked his staff to do came to light during an investigation into the administrator being conducted by the House Oversight and Government Reform Committee. On Monday, the committee's Democrats asked the committee chairman, Rep. Trey Gowdy, R-South Carolina, to issue a subpoena by June 18 to force the EPA to hand over documents "relating to Administrator Scott Pruitt's multiple abuses of authority in using agency staff for his own personal purposes." Democrats say the EPA is withholding the documents.

"We are working diligently with Chairman Gowdy and are in full cooperation in providing the Committee with the necessary documents, travel vouchers, receipts and witnesses to his inquiries." said EPA spokesman Jahan Wilcox.

As part of their request, Democrats released portions of a transcribed interview that the committee staff conducted with Hupp on May 18. It was in that interview they learned she had been tasked with attempting to obtain an "old mattress" from the Trump Hotel and asked to use Pruitt's credit card to book personal flights.

Amanda Gonzalez, communications director for the Republicans on the House Oversight Committee, said the committee has conducted "several" transcribed interviews and obtained 2,350 documents related to their investigation into mismanagement and spending at the EPA, with more interviews and documents coming this month. She criticized Democrats for including portions of Hupp's interview in their letter.

"Selectively releasing portions of witness interview transcripts damages the credibility of our investigation and discourages future witnesses from coming forward. The Committee will continue conducting a serious, fact-driven investigation, and therefore will wait until the conclusion of our investigation to release our findings," Gonzalez said.

During the interview, Hupp said she was at home on vacation during Christmas when Pruitt asked her to assist in booking his travel to the Rose Bowl. She said that he sent the specific flights he wanted to take but she made the reservation using his personal credit card and shared the details with his security team.

She also described spending a few hours a week over the span of "a couple months" helping to locate an apartment for Pruitt and his wife and visiting "probably" more than ten potential properties on his behalf.

Hupp said that over the course of her work for Pruitt -- which began when she worked for his political action committee -- they became friends and have met socially outside of work.

"We worked very closely together and spent a lot of time together. I traveled with him, so naturally a friendship developed," she told committee staff.

"If Ms. Hupp's statements to the Committee are accurate, Administrator Pruitt crossed a very clear line and must be held accountable," said Reps. Elijah Cummings, D-Maryland, and Gerry Connolly, D-Virginia, the top to Democrats on the committee. "Your previous document requests to the EPA have not included a request for information on this topic.  We ask that you issue a subpoena for the documents from our April 12, 2018 request that EPA is withholding or allow Committee Members to debate and vote on a subpoena motion at our next business meeting."

Pruitt has come under fire during his tenure at EPA for myriad reasons, including first-class travel and also a $50-a-night lease arrangement in which he only paid for the nights he used the property. His landlord's husband was a lobbyist with business before the EPA.

The embattled EPA administrator has managed to hold onto his job despite growing ethical entanglements. After two hearings on Capitol Hill at the end of April, a White House official told CBS News that Pruitt had "acquitted himself" and called him an "official in good standing."

President Trump has consistently praised Pruitt's effectiveness as EPA Administrator. Earlier in May, seated next to Pruitt at a meeting with auto industry representatives, Trump said he had confidence in him.

Editor's note: An earlier version of this report said that the Pruitt investigation was being conducted by the House Energy and Commerce Committee, rather than the House Oversight and Government Reform Committee.