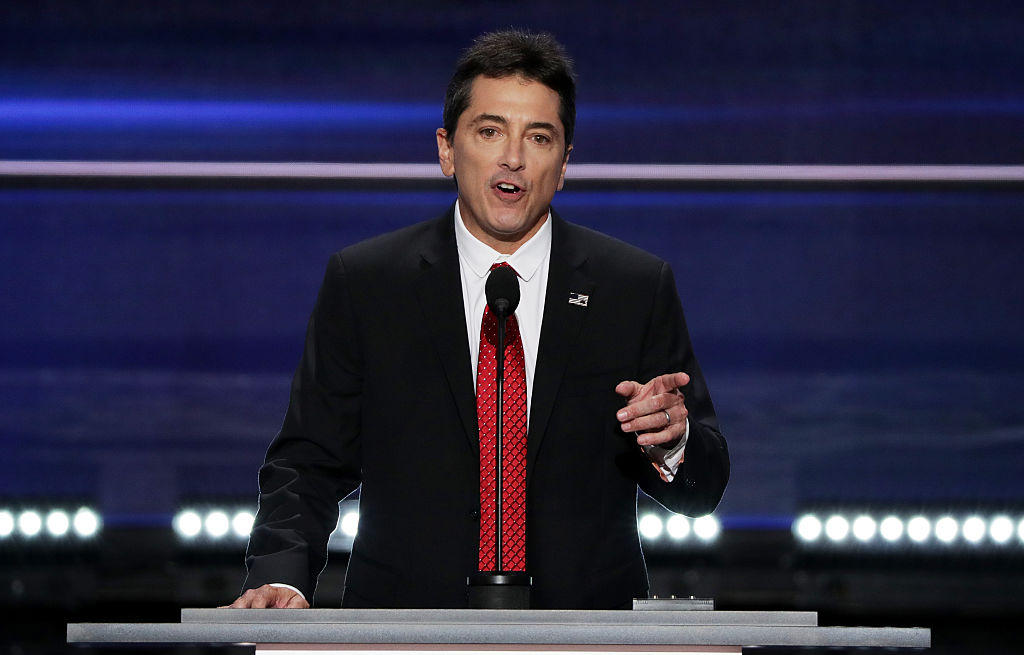 Scott Baio is turning the tables and claiming that Nicole Eggert, his former "Charles in Charge" co-star who accused him of sexual abuse, is harassing him. In a statement on Thursday, Baio said Eggert has been harassing him and his family via text messages and tweets, and that he and his wife have contacted Los Angeles Police. Baio spoke out against Eggert during a press conference on Thursday with his wife and spokesperson.

The actor claimed that Eggert started a campaign "to harm not just me, but my family, my friends and anyone who opposes her."

"She calls me a rapist and a child molester almost daily to every and any audience she can find," he said. "For months, we have proven her story to be 100 percent false by showing one inconsistency after another, but it has not been enough to stop her. If anything, it made her angrier."

Baio claimed that Eggert has recently focused her energy on attacking his wife, saying, "She has added to her campaign my wife whom she smears relentlessly, including calling her brain tumors imaginary, the foundation she operates a sham and the deadly disease it supports a fake. She has the nerve to attack my child, whom she publicly warns to be careful around me."

Eggert went public with her accusation against Baio in a TV interview in January, claiming that he first molested her when she was 14 and they had sexual intercourse when she was 17 and he was in his late 20s. (The age of consent in California is 18.)

Baio and his spokesperson said Thursday that the actor has taken five different polygraph tests during which Baio said he did not have sexual contact with Eggert before she was 18, denied threatening her over keeping the alleged sexual contact a secret, and denied exposing himself to actor Alexander Polinsky — another former co-star who has accused him of mistreatment. Baio and his spokesperson said the actor passed the polygraph tests.

The actor also claimed that a former friend of Eggert's told him that she has been obsessed with him since they co-starred on "Charles in Charge."

When asked why he was filing a police report, Baio said, "Because there's no other recourse for me. There's nothing legal for me to do. There's nothing protecting somebody that's falsely accused ... The person doing the accusing is all sympathetic and the person being accused is the devil and that's how it goes and that shouldn't be allowed." He also said that the press conference was only about Eggert, and not other #MeToo accusers.

Eggert filed a police report against Baio in February, claiming that he sexually assaulted her while she was a teenager working with him on the 1980s sitcom. In June, the Los Angeles County District Attorney's Office decided not to file charges, saying that the statute of limitations had expired.

Alexander Polinsky, another child actor on the show, has alleged that Baio harassed and mentally tortured him.

Baio has denied all the allegations and said that he and Eggert were in a consensual relationship when she was of legal age.