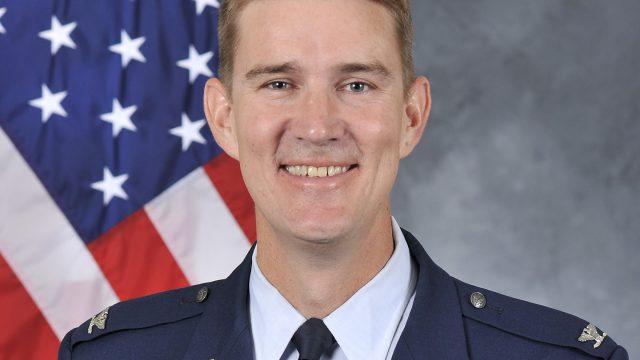 BELLEVILLE, Ill. -- Scott Air Force Base officials say a commander who was ousted from his job this week is being investigated for sexual misconduct. CBS St. Louis reports Colonel John Howard was removed from his role as commander of the 375th Air Mobility Wing on Monday.

A news release from the Illinois base says details about the investigation of Howard won't be made public while it's happening "to ensure the integrity of the process." The Air Force Office of Special Investigations will head the investigation.

Howard was relieved of command by a general who said he'd lost faith in his leadership. The next day, officials announced his transfer the United States Transportation Command.

But 18th Air Force spokesman Capt. Ryan DeCamp told The (Belleville) News-Democrat Wednesday that the transfer was rescinded and Howard's status hasn't yet been determined.

Howard declined comment to the newspaper. Scott is about 25 miles east of St. Louis.

This sexual misconduct investigation is not the first incident to be reported within a U.S. Air Force facility.

During a six month investigation of the United States Air Force Academy in Colorado Springs, "CBS This Morning" co-host Norah O'Donnell spoke with more than a dozen current and former cadets who said they experienced retaliation by their peers and commanders after reporting sexual assaults to the Air Force Academy.

One cadet, Melissa Hildremyr, told O'Donnell she was sexually assaulted by two fellow cadets while they were drinking underage, and she intended to keep it a secret.

She said Air Force investigators assigned to the case "would attack me. They would say things like, 'These guys have every reason to tell the truth and you have every reason to lie,'" Hildremyr said. "And they would just — they made me feel like it was my fault this happened to me. Like, yes, I was drinking underage and I shouldn't have been doing that. But it was my fault that I got sexually assaulted?"

The academy's current superintendent, Lt. Gen. Jay Silveria, told "CBS This Morning" he's "disgusted" by the reports of cadets being abused, but also said the academy doesn't have "problems" when it comes to handling the cases.

Sen. Kirsten Gillibrand, D-New York, is calling for Senate hearings and an investigation by the Defense Department's inspector general after watching our reports.