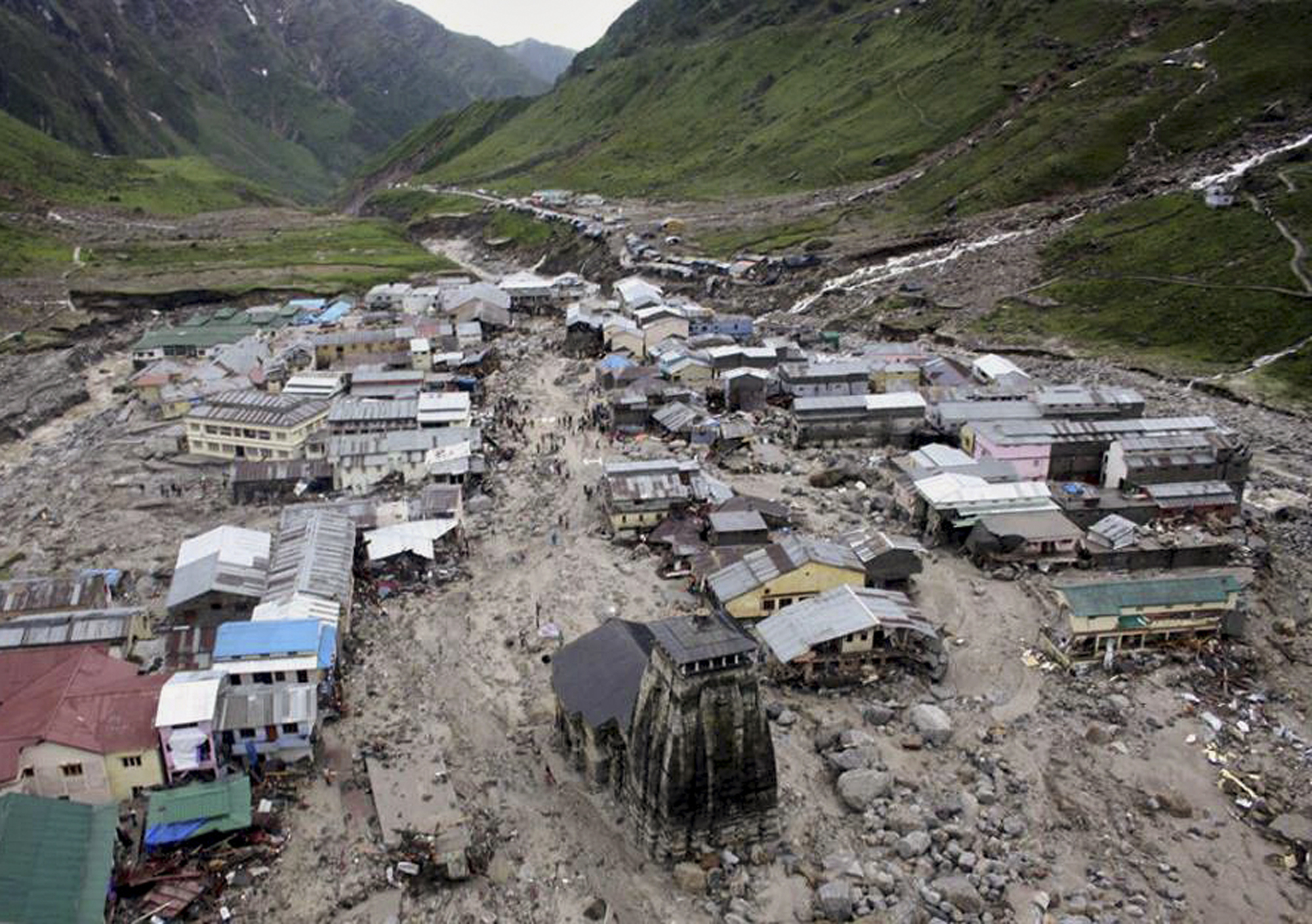 WASHINGTON -- Scientists looking at 16 cases of wild weather around the world last year see the fingerprints of man-made global warming on more than half of them.

Researchers found that climate change increased the odds of nine extremes: Heat waves in Australia, Europe, China, Japan and Korea, intense rain in parts of the United States and India, and severe droughts in California and New Zealand.

Scientists couldn't find a global warming link to an early South Dakota blizzard, freak storms in Germany and the Pyrenees, heavy rain in Colorado, southern and central Europe, and a cold British spring.

Organized by the U.S. National Oceanic and Atmospheric Administration, researchers on Monday published 22 studies on 2013 climate extremes in a special edition of the Bulletin of the American Meteorological Society.

For years, scientists said they could not attribute single weather events - like a drought, heat wave or storm - to man-made global warming. But with better computer models and new research, in some cases scientists can see how the odds of events increase - or not - because of climate change. Other researchers question the usefulness and accuracy of focusing on single extreme events.

The editors of the 108-page compilation of studies wrote that people and animals tend to be more affected by extreme weather than changes in averages, so they pay attention to it. The public often connects extreme events to climate change, sometimes wrongly, so scientific analysis like this "can help inform the public's understanding of our changing environment."

The most complicated issue is the California drought, the only extreme that has continued into this year.

Three different teams studied that state's record drought in three different ways. Two teams couldn't find a link to global warming and water and air temperatures, but the third looked at high pressure patterns in the air and found a connection.

A Stanford University team found a connection because they looked at the high pressure system parked over the northern Pacific during California's winters, which is normally when it gets rain. Higher atmospheric pressure usually means less storms and rain. The pressure was so strong that study lead author Daniel Swain called it "a ridiculously resilient ridge."

The Stanford team ran computer models with and without man-made warming from the burning of coal, oil and gas. The warming from greenhouse gases showed that the rain-blocking ridge of high pressure was more than three times more likely with man-made factors than without, Swain said.

Earlier peer-reviewed studies looking at atmospheric patterns have also connected California's drought to climate change. However, the editors of the journal's special edition said that with the studies in Monday's report that couldn't find a man-made signal in California and the indirect nature of the Swain report, it is unclear whether a global warming connection can be pinned on California's drought. Others said Swain's study was convincing.

"The report as a whole is a reflection that more and more future climate extremes around the globe will be attributed to human-caused climate change," said University of Arizona climate scientist Jonathan Overpeck, who wasn't part of the research.

Global Warming To "Continue For Centuries"