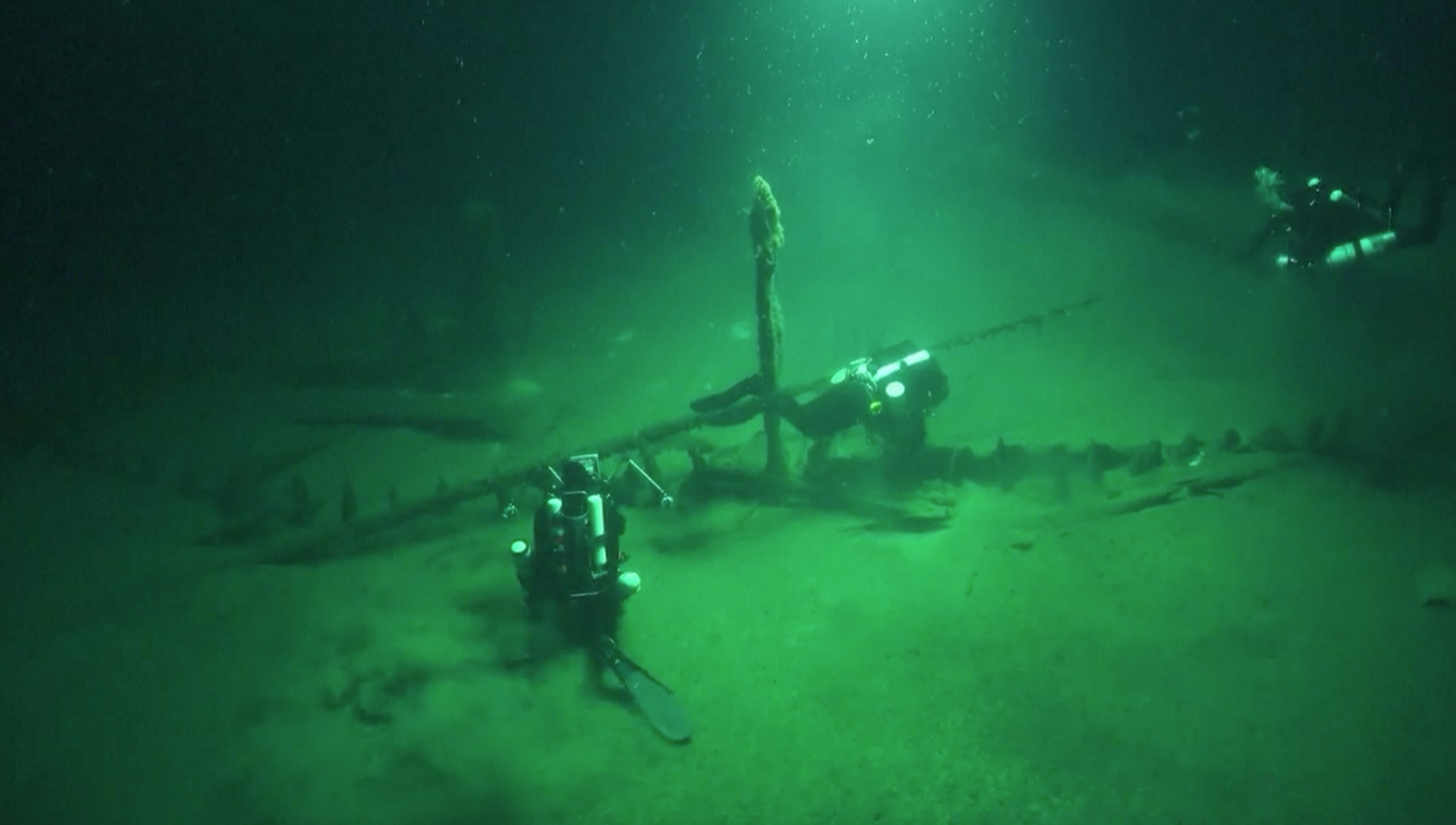 LONDON — A team of maritime archaeologists, scientists and surveyors has discovered what it believes to be the world's oldest intact shipwreck in the Black Sea. They found a Greek trading vessel whose design had previously been seen only on ancient pottery.

The Black Sea Maritime Archaeology project says it found the wreck off the Bulgarian coast at a depth of 2 kilometers, or 1.2 miles, in oxygen-free conditions that preserved its components. The group says the vessel has been carbon dated to more than 2,400 years ago.

"It's when the [remote operated vehicle] drops down through the water column, and you see this ship appear in the light at the bottom so perfectly preserved, it feels like you step back in time," Helen Farr, an archeologist working on the expedition, told BBC News.

Farr said the trading vessel has remained in good condition because the water is anoxic, meaning it's free of oxygen. "It's preserved, it's safe," she added. "It's not deteriorating and it's unlikely to attract hunters."

A documentary on the project will open Tuesday at the British Museum.