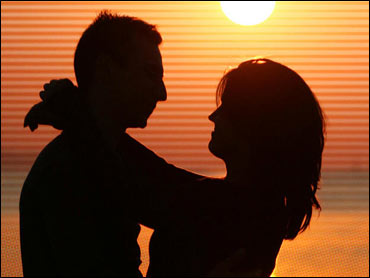 At least that's according to a survey commissioned by the Science Museum of London which quizzed three thousand people about their truthfulness.

According to the responses, on average, British men tell three lies everyday or roughly 1,092 every year. By comparison women, on average, said they only told two fibs a day which works out to 728 lies a year.

So who gets lied to the most? Moms, of course.

Twenty five percent of men said they've lied to the mothers, but only 20 percent of women admitted telling a tall one to mum. By comparison, only about 10 said they lied to their partner.

So what are the top lies? Well, it varies.

Men:
I didn't have that much to drink
Nothing's wrong, I'm fine
I had no signal (cell phone)
It wasn't that expensive
I'm on the way
I'm stuck in traffic
No, your butt doesn't look big in that
Sorry, I missed your call
You've lost weight
It's just what I've always wanted

Women:
Nothing's wrong, I'm fine
I don't know where it is, I haven't touched it
It wasn't that expensive
I didn't have that much to drink
I've got a headache
It was in the sale
I'm on my way
Oh, I've had this ages
No, I didn't throw it away
It's just what I've always wanted

According to the survey, British men lied to their partners most often about their drinking habits while women mostly lied to hide their true feelings.

While women were more likely to feel guilty after telling a lie, both sexes said there were such things as 'acceptable' lies; 75 percent said it was okay if it was done to spare someone's feelings.