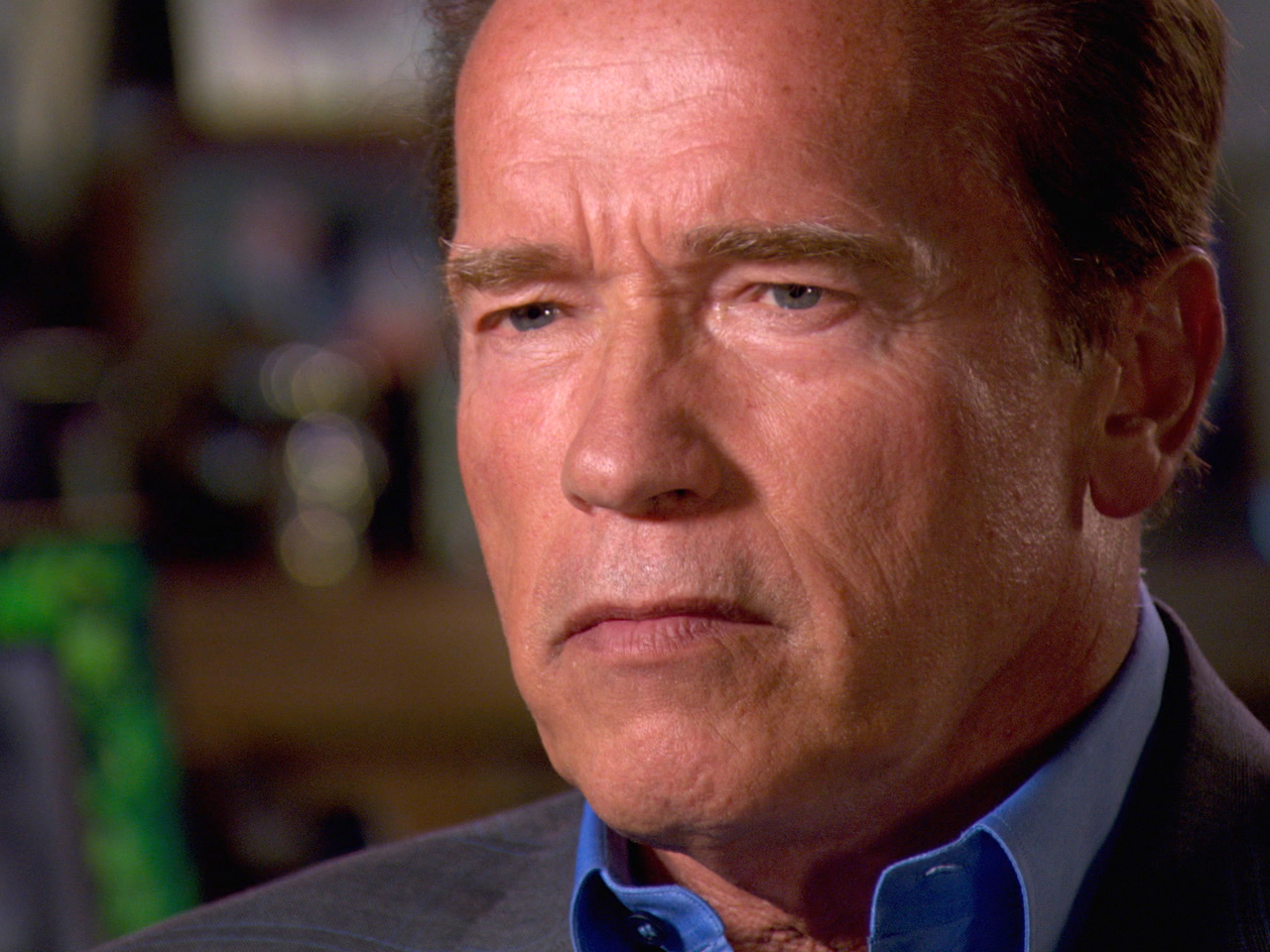 (CBS News) Schwarzenegger told "60 Minutes" correspondent Lesley Stahl that he "apologized many times" to Shriver and said, "I've always loved her from the first moment that I met her she has been an extraordinary woman, extraordinary wife, friend, lover, everything. She did not deserve that. That's why I felt always terrible about the whole thing."

He said his children each reacted differently to the news of his infidelity -- "the girls were very upset, the boys were disappointed" -- but stopped short of revealing whether or not they have a relationship with their newly revealed half-brother, saying he did not want to go into details and "cause them more pain."

He firmly responded "no," when Stahl asked if the marriage was over before news of the affair but admitted that politics added significant strain.

"It was really a lot of strain on our marriage, being in Sacramento and spending that much time doing the people's work ... I saw it all of the sudden happen, that I got so engrossed in the work and fanatic about it," he explained.

He recalled a moment when his family revealed the toll of his work schedule.

Stahl joined "CBS This Morning" on Monday to discuss the interview, including the the parts that didn't make it to air.

Stahl told "CTM" co-hosts Norah O'Donnell and Charlie Rose that Maria Shriver asked Schwarzenegger to see the book before its release and Arnold refused. "He was always afraid that if he told her, she would tell her brothers or her family and it would leak out," Stahl said.

And while Stahl said she tried to speak with Shriver for her "60 Minutes" report, Shriver refused.

Speaking about Shriver's feeling on her soon-to-be ex-husband's memoir, Stahl said, "I know that she feels blindsided, and that's a quote from someone in the family."

Former president George Bush Sr. skydives for his 90th birthday near his home in Kennebunkport, Maine. It is his fourth time celebrating a birthday in this way

Seattle gunman's brother: He was mentally ill
Thanks for reading CBS NEWS.
Create your free account or log in
for more features.
View CBS News In
CBS News App Open
Chrome Safari Continue
Be the first to know
Get browser notifications for breaking news, live events, and exclusive reporting.