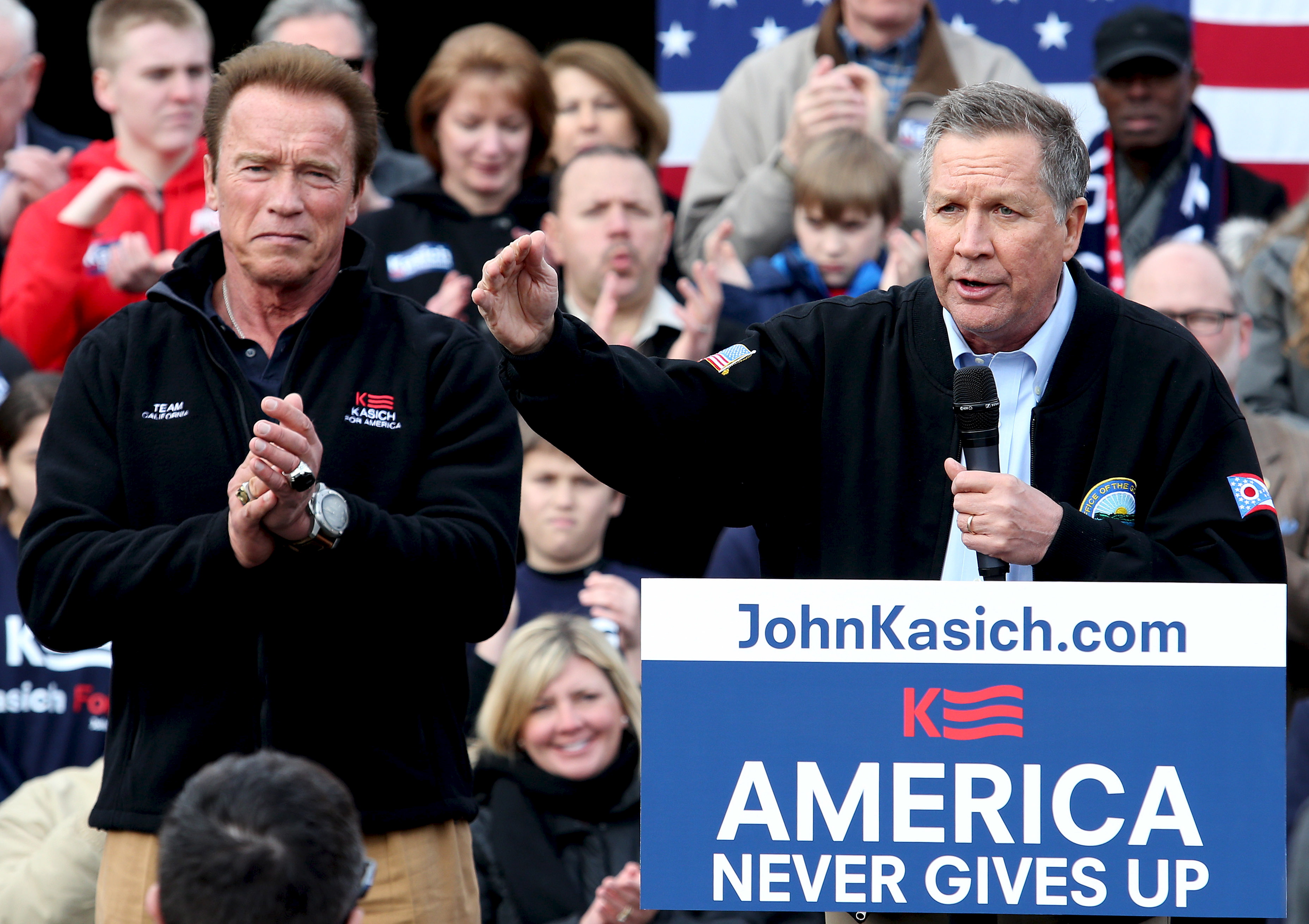 Schwarzenegger, sporting a Kasich campaign jacket, called Kasich an "action hero" who "kicked some serious butt" as a congressman in Washington, citing his record as Chair of the House Budget Committee. And recounting his journey to America in 1968 when he arrived with "absolutely nothing", Schwarzenegger said, "the land of opportunity" that's afforded him great success, needs Kasich to "take charge and be at the White House."

Kasich often mentions his fellow Republican governor on the trail while recounting the times he's complained to him about negative ads. Schwarzenegger, Kasich is fond of saying, advises him to "love the beatings."

Schwarzenegger, who was in town for his annual Arnold Sports Festival, had previously expressed his support for Kasich but stopped short of a formal endorsement during a tele-town hall days before the New Hampshire primary when he lauded his "refreshing campaign" and characterized him as a "great leader" who is a "uniter and not a divider".

Kasich spent the day campaigning in his home state ahead of the March 15 winner-take-all primary which he deems to be critical in his survival in the 2016 race. Kasich hopes to garner enough delegates to move forward to the GOP convention hosted this year in Cleveland but mentioned that a loss in his home state would seal his fate ultimately forcing him to drop out.

The Ohio governor continues to lean on his pledge to run a positive campaign and during today's rally, encouraged voters today work together to form a "beautiful mosaic", fix the issues that plague the country and move America forward.