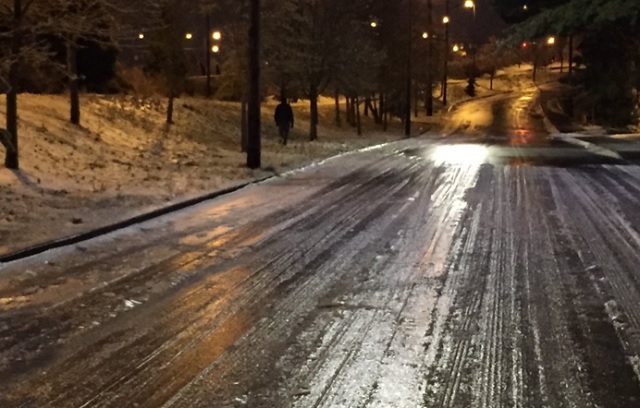 PORTLAND, Ore. - The long holiday weekend has stretched to a fourth day for many Oregonians.

Light snow and freezing rain turned streets and sidewalks into a skating rink, prompting school closures in Portland, Beaverton, Hillsboro and other districts in the Willamette Valley.

Portland metro got an inch of snow Sunday morning, according to KOIN meteorologist Kristen Van Dyke.

A Winter Weather Advisory is in effect until 10 a.m. Monday in the Portland metro area and Central Willamette Valley.

Though busy roads were in decent shape, those less traveled glistened with a coat of ice. Pedestrians slid to their destinations.

The temperature in Portland was right at freezing at the start of the morning commute. Forecasters expected it to gradually rise to the high 30s.