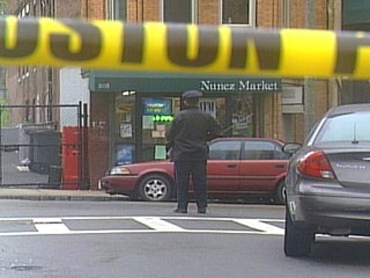 Nearly half of all states received a failing grade in a school foods report card issued Tuesday by a nonprofit group that evaluated school nutrition policies.

The Center for Science in the Public Interest, based in Washington, D.C., gave an F to 23 states and a D to eight others after evaluating school policies regarding foods and beverages sold in campus vending machines, school stores and school fundraisers.

The nation's highest grade, an A-minus, was awarded to Kentucky, where school vending machines are filled with bottled water and dried fruit instead of soda and snack cakes.

"Kentucky is doing a lot more than other states to protect the health of their children," said Margo Wootan, nutrition policy director for the nonprofit group, which issued its School Foods Report Card for all 50 states and the District of Columbia.

Five states got a B-plus — Nevada, Arkansas, New Mexico, Alabama and California. New Jersey, Arizona and Tennessee each got a B, and four others earned a B-minus — Louisiana, West Virginia, Connecticut and Florida.

Lisa Gross, a spokesman for the Kentucky Education Department, said the best-in-the-nation grade was welcome news, though not everyone was happy when the changes were made.

"As you might imagine, this was a hot-button issue," Gross said.

Soda is likely to be less common in schools in coming years. Soft drink makers announced last month that they agreed to limit the types of beverages sold to schools in a deal brokered by the Alliance for a Healthier Generation, a collaboration between the William J. Clinton Presidential Foundation and the American Heart Association.