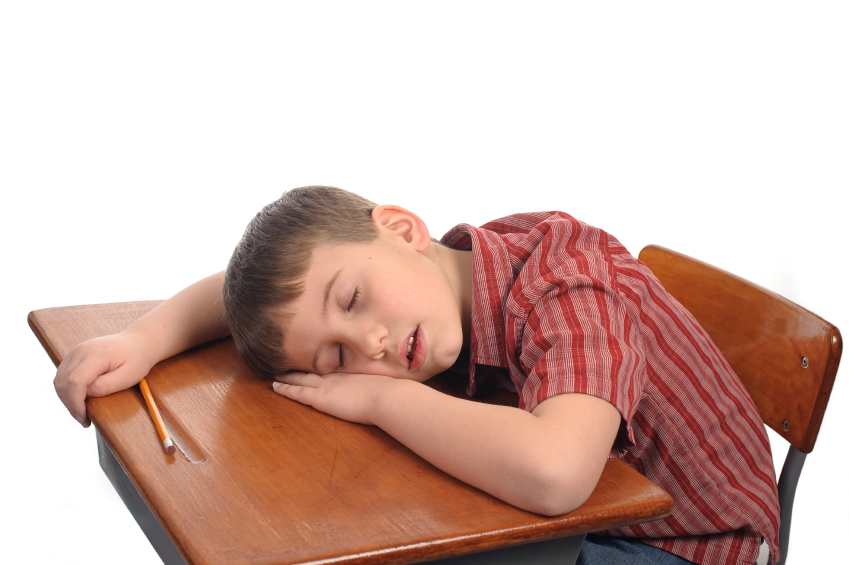 Getting kids to stick to a bedtime routine can be an uphill battle that's bound to make even the most patient parent want to hide under the covers. With summer winding down and the school year kicking into high gear, moms and dads all over the country are dreading the words: "But I don't want to go to sleep!"

"You have to understand that these kids have had a nice summer and they're used to staying up late in the night and waking up late in the daytime," Dr. Sanjeev Kothare, director of the Pediatric Sleep Program and an associate professor of neurology at NYU Langone Medical Center, told CBS News. The process of readjusting to a school-day schedule may be challenging, but it must be done.

A large body of research has show that sleep is critical for a child's development. Lack of sleep in children is a contributing risk factor for a number of health conditions such as obesity, diabetes and emotional problems. Bad sleep hygiene is also linked to poor school performance. All of this means parents must make it a priority.

Here, Kothare offers some useful tips for how to get your child onto a regular sleep schedule and so they wake up rested and ready to face the school day.

A summer of late night fun most likely means your kid's circadian rhythm is now out of sync. To help make things right, parents should gradually get their child back into a routine by putting them to bed a half hour earlier each night. It may take a week to 10 days to fully readjust. If a teenager has gotten into the habit of staying up till 2:00 in the morning, "you can calculate -- it's about 10 days to bring him back to schedule," explained Kothare.

Your child doesn't have to catch the school bus on Saturdays and Sundays, but that isn't a free ticket to stay up all hours of the night. "That's just not what the brain likes to hear and feel. It would much prefer that they have a consistent pattern," Kothare said.

However, there is some room for weekend flexibility. Kothare suggests allowing your child an extra two hours of late night fun on Friday night with two extra hours of sleep on Saturday morning. He said on Saturday night, parents can give a child one extra hour to stay up and then sleep in for one extra hour on Sunday morning. "If they do that consistently they'll have an easier time on weekdays to fall asleep and wake up," he said. He added that kids should also avoid daytime naps, which can disturb a sleep routine.

Caffeine from beverages such as coffee and soft drinks stays in your system for as long as 8 to 10 hours, and its stimulant effect can impact the ability to fall and stay asleep. Kothare recommends children not have any drinks with caffeine later than lunchtime or else it is likely to impact their sleep schedule.

No screen time before bedtime

At least 90 minutes before heading to bed, kids should put away their iPads, iPods, video games, smartphones and turn off the television. Research as found using devices with bright screens can ruin a good night's sleep. One study found two hours staring at an iPad suppressed levels of melatonin, a hormone that helps control the sleep-wake cycle, by as much as 22 percent. "The blue light from the television and iPad is extremely alerting to the brain," Kothare said. "Try to dim the lights and tone down so that they fall asleep at the appropriate time."

Find ways to wind down

"[Children] should have down time where they relax, listen to some soothing music and dim the lights," said Kothare. Other tried and true tactics include a warm bath or drinking a cup of warm milk, which contains tryptophan and is known to induce sleepiness.

Rise and shine with a little light

Natural sunlight in the morning helps wake up the brain and keep circadian rhythms regulated. Lack of light inhibits the body's ability to produce melatonin, upsetting the sleep-wake cycle. Unfortunately, natural light can be hard to come by as we head into the fall and winter months. However, Kothare says there are some options to make mornings a little brighter.

He suggests parents invest in a light box like the ones typically used for people who suffer from seasonal affective disorder, which simulate the effects of sunshine. Some light boxes have an alarm clock function built in. A half hour of bright light each morning could help your child rise and shine.