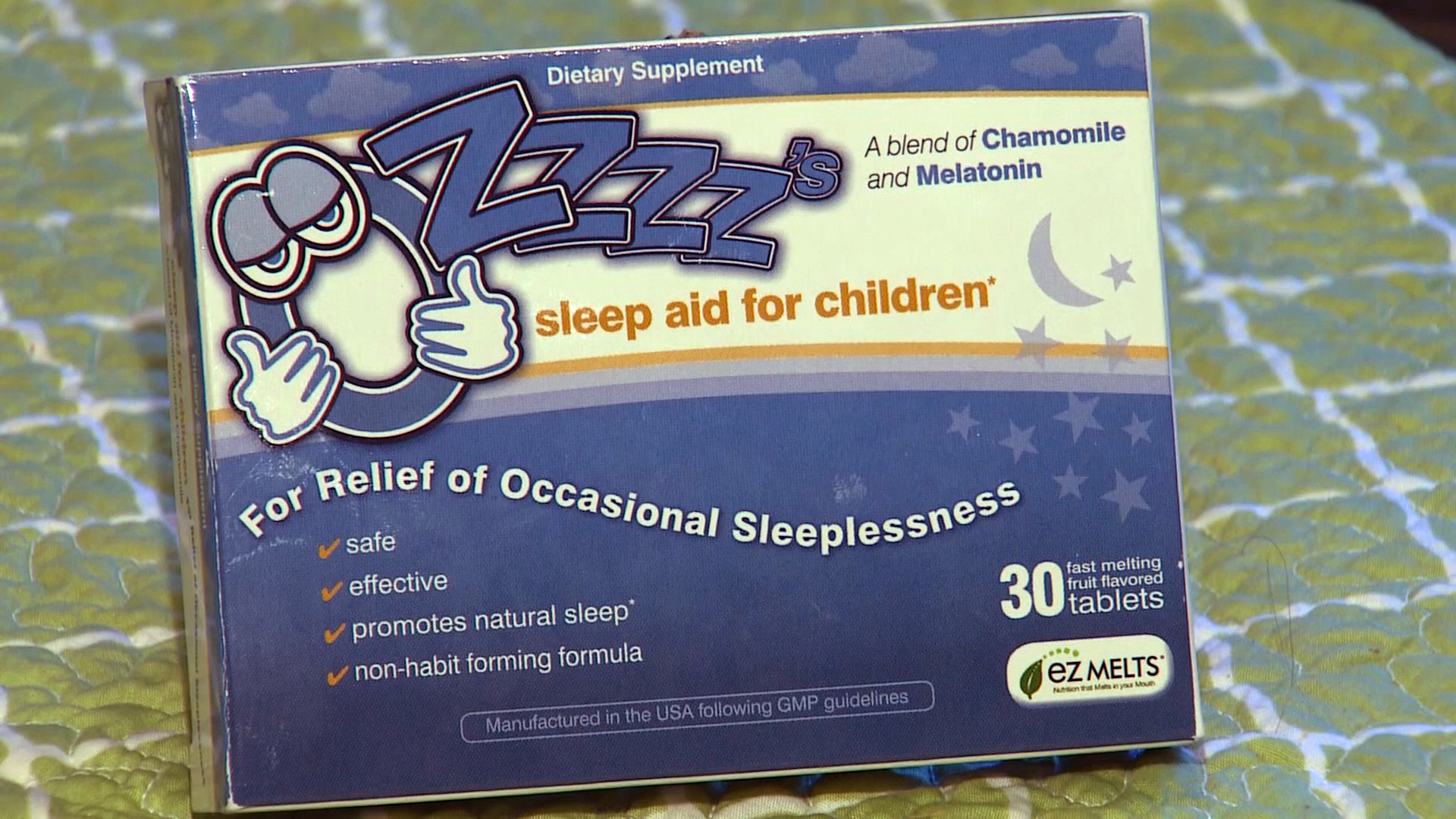 Getting enough sleep is crucial for young children, with research showing sleep problems may lead to behavioral problems or other health risks later in life.

CBS affiliate KHOU in Houston reports some parents are turning to a supplement called melatonin to get their kids to bed at night.

"He'd just be up all night, all wound up, not able to sleep," Heather Huddleston, mother of 5-year-old Blake, told KHOU.

After mixing the supplement into the boy's juice, he's shown improvement, his mom said.

Melatonin is a hormone found naturally in the body that adjusts our internal clock. Synthetic melatonin is made in pill form or in forms that can be placed in the cheek or under the tongue.

Common side effects from taking melatonin include daytime sleepiness, dizziness and headaches according to Dr. Brent A. Bauer, director of the department of internal medicine's complementary and integrative medicine program at the Mayo Clinic in Rochester, Minn. Less common symptoms may include abdominal discomfort, anxiety, irritability, confusion and short-lasting feelings of depression.

Studies of melatonin use in children have shown it could reduce the amount of time it takes to fall asleep and increase the duration of sleep in children with mental retardation, autism, psychiatric disorders, visual impairment, or epilepsy.

However, there's not much research that has looked at the long-term effects of using Melatonin.

However some experts argue there are better ways to get kids to sleep.

"Using melatonin to improve sleep in children may be relatively safe, but medicalizes a problem of childhood that is better addressed behaviorally," Dr. Saul Rothenberg, a board-certified behavioral sleep medicine specialist at North Shore-LIJ Sleep Disorders Center in Great Neck, N.Y., told CBSNews.com in an email.

Dr Adiaha Franklin, a pediatrician at Texas Children's Hospital told KHOU she often recommends melatonin for kids with autism or ADHD, but says parents should try other way to boost the sleep chemical first, such as turning off the television or computer an hour before bedtime.

Lack of sleep can cause mood swings, behavioral problems like hyperactivity and cognitive problems, according to the National Sleep Foundation. Not getting a sufficient amount of shut-eye is also linked to the development of some chronic diseases, including diabetes, heart disease, obesity and depression, the Centers for Disease Control and Prevention notes.

"For the majority of children and adolescents with difficulty sleeping starting with a comfortable, relaxing, sleep-compatible routine before bedtime and a regular and adequate sleep schedule will go a long way," Rothenberg said.