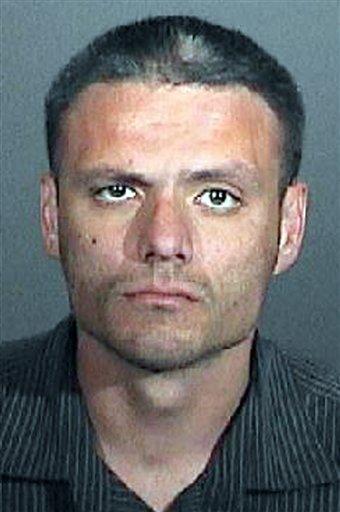 This column was written by Lawrence Mishel.

Charter schools, as their supporters promised, can give parents and students more options. But "more" doesn't automatically mean "better." In addition, charter schools are no more accountable than regular public schools. The research on charters, as reviewed in a book I recently co-authored, shows that they will not solve the most important problems facing public education.

What has amazed me is that even though the "facts" about charter schools are not much in debate, the charter-school advocates' response has been vicious and consisted primarily of name-calling (see here, here, and here).

This may be because many leading charter-school advocates argued that public education was failing because of stifling bureaucracy and restrictive teacher union contracts. If specially chartered schools were created without these bureaucratic and union burdens, they said, student performance would markedly improve. In the vision they offered, regular public schools would even get better, spurred on by competition, and low-income and minority students would be the biggest beneficiaries.

We've now had enough experience with charters, and enough research has been done, to know that the hopes many people had for charters haven't panned out. Although some charter schools are superb, others are terrible. Consequently, charter-school students, on average, don't do better than students in the regular public schools. This is true for all types of students, whether they are minority urban students from low-income families or white suburban students from middle-income families.

True, there has been a lot of public quibbling of late over the merit of various studies on charter schools. Even so, this conclusion holds for the most sophisticated studies as well as the simpler ones. Above all, no research finds a sizable advantage, on average, to sending children to charter schools. No doubt some children do better in charter schools, but others do worse. It is notable that there are no charter-school advocates who are claiming that charters provide a sizable advantage, which is why the basic facts are not much in dispute.

Take, for instance, the recent review of charter-school achievement by Bryan Hassel for the Charter School Leadership Council, a national charter-school advocacy group. Hassel's main conclusion -- which, in my view, is a stretch -- is that "the results, while far from conclusive, are encouraging." That's faint praise, indeed.

In addition, there is no evidence that charter schools are accountable for "results not rules," as advocates have promised. Less than 1 percent of charter schools have been closed because of poor academic performance. This is not news to charter-school advocates.

"Nine years after the first charter school opened in Texas, policy-makers have realized that charter schools don't go out of business, even when they offer a demonstrably inferior product, as judged by test scores and graduation rates. Thousands and thousands of parents appear perfectly willing to leave their children in questionable charter schools. 'I don't know why, but they do,' said state Sen. Florence Shapiro, R-Plano. The market 'isn't working.' It certainly isn't a Texas-only issue.

'Around the nation there are certain number of charter schools that clearly are not performing, but they remain open,' said Nelson Smith, head of the Washington, D.C.-based Charter School Leadership Council. 'It doesn't appear that the model is working the way we thought it would.'"

Or, note this from a New York Times story (March 27) about charter schools in Dayton, Ohio:

"Academically, few of the charter schools have proved to be any better than Dayton's public schools, which are among Ohio's worst. … The charter schools grew rapidly because parents in Dayton were eager for alternatives, said Chester E. Finn Jr., president of the Thomas B. Fordham Foundation, an education advocacy group based in Washington. The foundation … has promoted charter schools nationwide and especially in Dayton. … Terry Ryan, a program director for the foundation, said that in the early years of the charter movement in Dayton, 'we knew what was going on in just about every school' because community and business leaders had established or were operating them. But more recently, the spread of charter schools has been so rapid, Mr. Ryan said, that 'we just can't keep up.'

'Starting charter schools is hard work,' Mr. Ryan said. 'You need people who understand how to run businesses, navigate the state regulations, and also how to educate children. There's reason to wonder whether our community has the human management capacity to run 50 charter schools.'"

Nor is there evidence of any substantial boost in public schools by competing with charters. If charter schools do not provide an advantage, on average, and do not force other schools to be better via competition, it is hard to see how vastly expanding the number of charter schools, especially without vastly improved oversight, can be expected to be a major driver of school improvement.

Does this mean we should not have charter schools? Am I an opponent of charter schools, as some charter-school ideologues would like to depict me? No, absolutely not.

Charters can provide more options for students and parents within the public sector and can, with appropriate oversight, explore alternative practices that might bring better results. But we should understand that, freed from regulation, some charters would adopt practices that would yield worse results. The point should not be to expand charters as quickly as possible and to make them as unaccountable as possible. That would cause as much harm as good. If we're serious about improving schools, charters can only be one part of an overall agenda -- and a small part at that.

Lawrence Mishel is president of the Economic Policy Institute and co-author -- with Martin Carnoy, Rebecca Jacobsen, and Richard Rothstein -- of "The Charter School Dust-up: Examining the Evidence on Enrollment and Achievement."

By By Lawrence Mishel
Reprinted with permission from The American Prospect, 5 Broad Street, Boston, MA 02109. All rights reserved