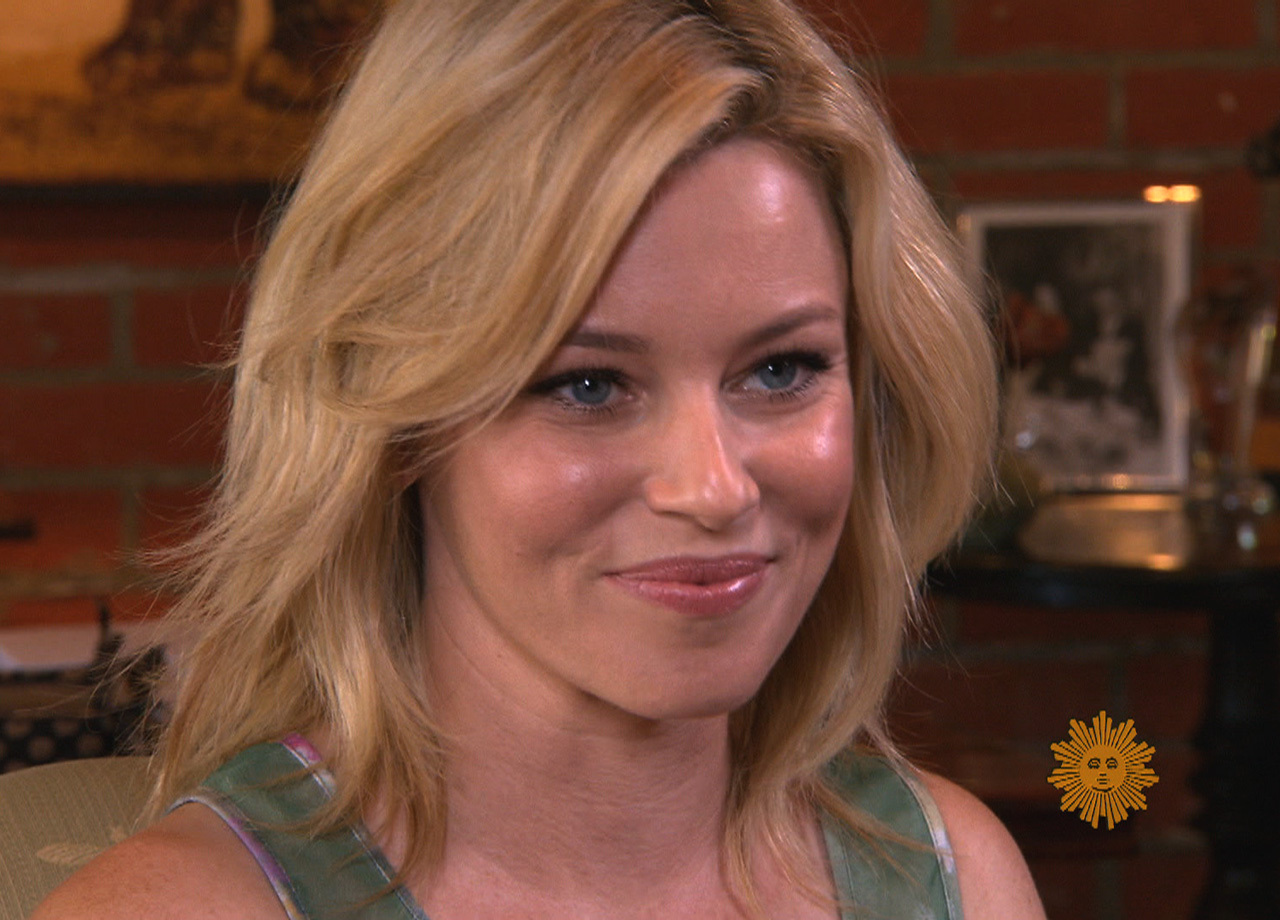 (CBS News) Elizabeth Banks is a character actor who's quite a character herself . . . in all the right ways. Our Tracy Smith sat her down recently for some Questions-and-Answers:

She's the face behind some of the more memorable moments on film. She shone opposite Jeff Bridges in "Seabiscuit."

Her recurring guest appearance on TV's "30 Rock" got her an Emmy nod - twice.

And as a 30-something vixen in "The 40-Year-Old Virgin," she famously steamed up a bathtub scene.

In more than 50 roles, on screens big and small, Elizabeth Banks has made a career of taking smaller parts - and stealing the show.

What's it like having small parts in big movies? "Here's my problem: I am a character actor stuck in a leading lady's body," Banks said. "The industry keeps sticking me in the character roles!"

A case in point: Effie Trinket, the over-the-top PR lady in this year's mega-hit "The Hunger Games." It was a role she had to fight for.

"I lobbied for Effie, for sure. I was patient but also persistent. I think patient and persistent is the way to be in this business."

For Banks persistence came naturally. Born to a factory worker and a bank clerk, Elizabeth Maresal Mitchell grew up in the working class part of Pittsfield, Mass. Young Liz walked to school through the woods, just like her father mark once did.

"I made you guys suck it up," Banks' dad, Mark Mitchell, said.

"Was that a large part of Elizabeth's childhood? Sucking it up?" asked Smith.

"She was busy falling outta trees," he replied.

And busy working from the age of 12.

"What did you dream you were going to be?" asked Smith.

She might have been a pro athlete, until she shattered her leg in a school softball game. "I broke both my tibia and fibula, spiral fracture, so that my foot was just hanging at a right angle to my knee. . . . It was gnarly."

Before that accident, what did her father think Elizabeth was going to be?

He agreed: "'Cause baseball, to me, that's American as you can get."

"Well, yeah. That's what she chose to do," Mitchell said.

"I cried when I had to give up Mitchell, because of family pride," she said. "I felt sorry for my parents. I wanted them to be able to , 'That's our daughter!' Really. 'Cause I don't have their name at all anymore. But then I remembered that I was going to change my name anyway. I was going to get married and some guy was going to give me his name anyway."

Well, not quite: In 2003 Banks married sportswriter and producer Max Handelman, whom she'd met on her first day of college. She still goes by Banks.

And now, Banks and her husband are partners in more than life: they're co-producing "Pitch Perfect," a comedy about the world of competitive a capella singing.

The film has already generated a chorus of critical buzz. As producer, Banks gave herself a small part, but true to form, made the most of it.

Off the set, there were other, more daunting challenges - like infertility.

"For Max and I, you know, I'm really glad that [the] thing that was hard in our life was creating our family," Banks told Smith. "Nobody's got cancer, our parents are alive and well. And there are a lot of worse things that could have happened to us. We always knew we could be parents - somehow."

Their son Felix was born last year, through a gestational surrogate.

"It was a happy struggle because, at the end, we knew there was going to be - someway, somehow - a little person for us," said Banks.

"You've done some risque scenes," said Smith. "How do you feel about Felix seeing some of those scenes some day?"

"You know, he's going to see a lot of worse things in his time, isn't he? I'd rather he watch that than, you know, the news from 9/11 or Afghanistan. It's a big, bad ugly world out there, kids. Mommy had fun in a bathtub once. That's okay."

And despite a career many actors would envy, Banks says her big moment has yet to happen.

"I feel like I haven't really had an opportunity to shine in what I do best," she said. "I want to be Jessica Tandy. I want to be the old broad [who] will be done when I'm in the grave. So I have plenty of time. We'll see what happens."