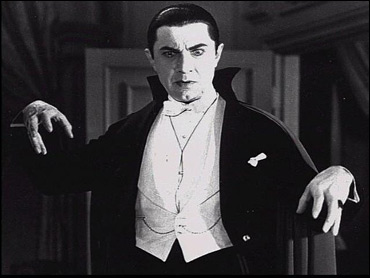 We know horror movies aren't real. So why do our hearts pound when we watch them?

For moviemakers, the trick is pacing. Show too many gory scenes and people start to feel numb. Spend too much time on the buildup and audiences get bored.

"It's a very intricate balance between letting the audience imagine the fear and feeding them with a horror ingredient," said Smith, whose book "Film Structure and the Emotion System" was published this month.

"That's why the kid in 'The Sixth Sense' has to see a dead person every 10 minutes. You need to constantly feed that fear, but then you back off. You don't have an emotion constantly. You don't even have it for the length of a movie. It's got to come a little bit at a time."

Which is why the audience gets flashes of the monster in "Alien" but never sees the whole beast. Why the "Jaws" shark attacks throughout the movie. Scary movies usually set a mood of terror in the first 10 minutes and then sprinkle the bloodletting in small doses the rest of the way out.

"Less is more in raising goosebumps. The image you create in back of your mind is more completely scary than anything a special effects artist could do," said horror expert David Skal, author of "The Monster Show: A Cultural History of Horror."

Smith argues that pacing and mood-setting are more important to a scary movie than the quality of special effects. When a movie-maker has a crack special effects team but flubs the mood, even graphic violence can seem ridiculous. "Starship Troopers," anyone?

And though audiences think they know all the gimmicks - creepy music, the dark and stormy nights - movie makers also use more subtle means to keep the spooky mood going. Like slanting camera shots or leaving parts of the picture out of focus.

"They need to make you feel like the whole world's a little off-kilter. Once you've got the audience feeling that, you cue the things that inspire emotion," Smith said.

And the emotions are why people love movies, psychologists say.

"Most human beings like to experience strong emotions, and fear is one of those," said Alan Hilfer, a psychologist at Maimonides Medical Center in New York. "We like to be scared without feeling like we're in real danger. In that way a scary movie isn't all that different from a roller coaster. We like fear. We like anxiety. But we like them in a controlled sort of way where we know nothing bad's going to happen."

Smith says that crafting a scary movie isn't all that different from making a great romance or a weepy drama.

"Movies are full of cues, cues to feel one way or another," Smith said. "Emotions work through associations. You've got five or 10 minutes at the beginning of a movie to establish those associations, to say, 'Here's the world, here's how it works, here's how you need to feel about it.' It's a pretty basic idea. But it's a very rare film that hits it exactly on the head."