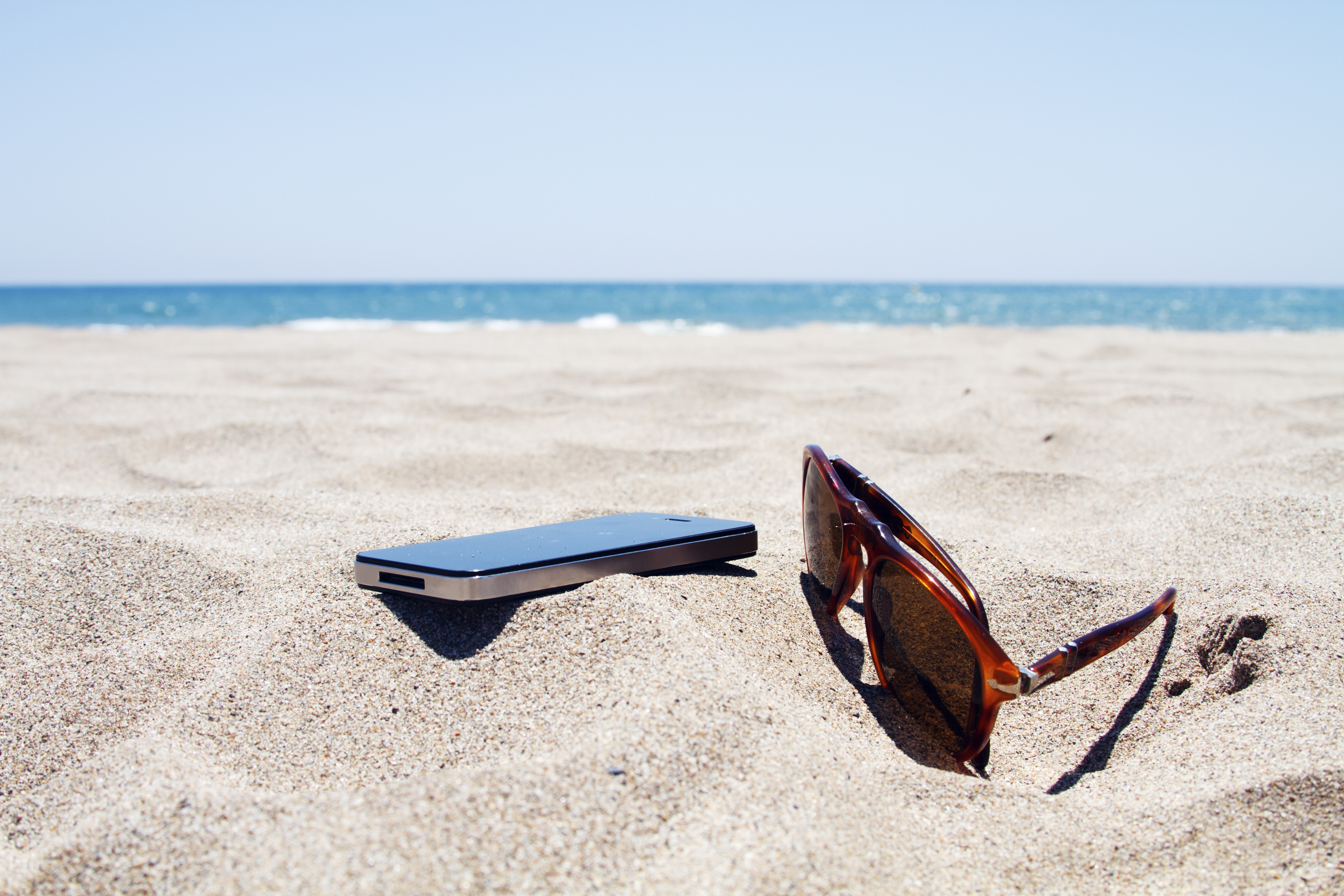 It's hot out there. Real hot. And if you're planning to hit the beach to soak in the sun or cool off in the sea, we hope you're packing sunscreen and a big hat.

But you're not the only one that can suffer from the summer swelter. Your smartphone, tablet, e-reader and other mobile devices can be sun-sensitive, too. Damage from heat, as well as from sand and water exposure, can do a number on your machines and can even result in the loss of precious data, like contacts and photos.

Mike Cobb, director of engineering at DriveSavers , a company that helps recover data from damaged smart devices, offered some expert advice on how to make sure you won't have to send your phone to him this summer:

Just like your car (or you), your devices can overheat. Typically, phones function best above the freezing point and below 95 degrees. When the mercury rises past that point there are two things that could happen: You could lose data, or your battery could explode.

The lithium-ion batteries in mobile devices have circuits designed to prevent overheating. But if those circuits are damaged, the battery could go into a process called "thermal runaway," in which it produces excess heat, causing additional reactions, which create more heat until the thing could actually erupt in flames.

Some phones are equipped with fail-safes that put them into protective mode when the heat is on. For instance, an iPhone will pop up a temperature warning, then start trying to cool itself off by dimming the screen or lowering cellular signal. Not only does this limit what you can do on your phone, but if the preventative measures don't work, you could end up losing data -- including all those pictures you just took on the beach.

Device advice: Keep your phone or tablet out of direct sunlight and don't leave it in your car, where temperatures can reach over 120 degrees, even on an 80-degree day.

Whether its sea spray or a Mojito, liquid is bad for your phone because it causes corrosion, which eats away at the device's components. The presence of a fully-charged battery only accelerates the process: The more electricity there is flowing through the liquid, the faster the corrosion spreads.

Device advice: Obviously it's a good idea to keep electronics away from water, or put them in waterproof cases. If that fails, remove the battery as quickly as possible (assuming your phone's battery is removable) and dry off the device. If you have any of those little silica packets around -- the ones that sometimes come with a new pair of shoes or in vitamin jars and say "Do not eat" on them -- toss them with your phone into a baggie and wait overnight while they draw out the excess moisture. No silica packets? Try a bowl full of uncooked rice.

Sand gets into a lot of places you don't want it to. Try to keep your phone's headphone jack and power cord port covered so nothing gets in there. Sand can do a lot of damage and jam up the inputs, rendering them -- and possibly the device as a whole -- useless.

Device advice: A plastic zip-top baggie might not be the hottest smartphone accessory on the market, but it could prevent sand (and water) from getting in and mucking up the works. If sand does make its way into the ports, try a spray from a can of compressed air, which you can pick up at most electronics stores. But be warned, it could end up pushing the grains further in.