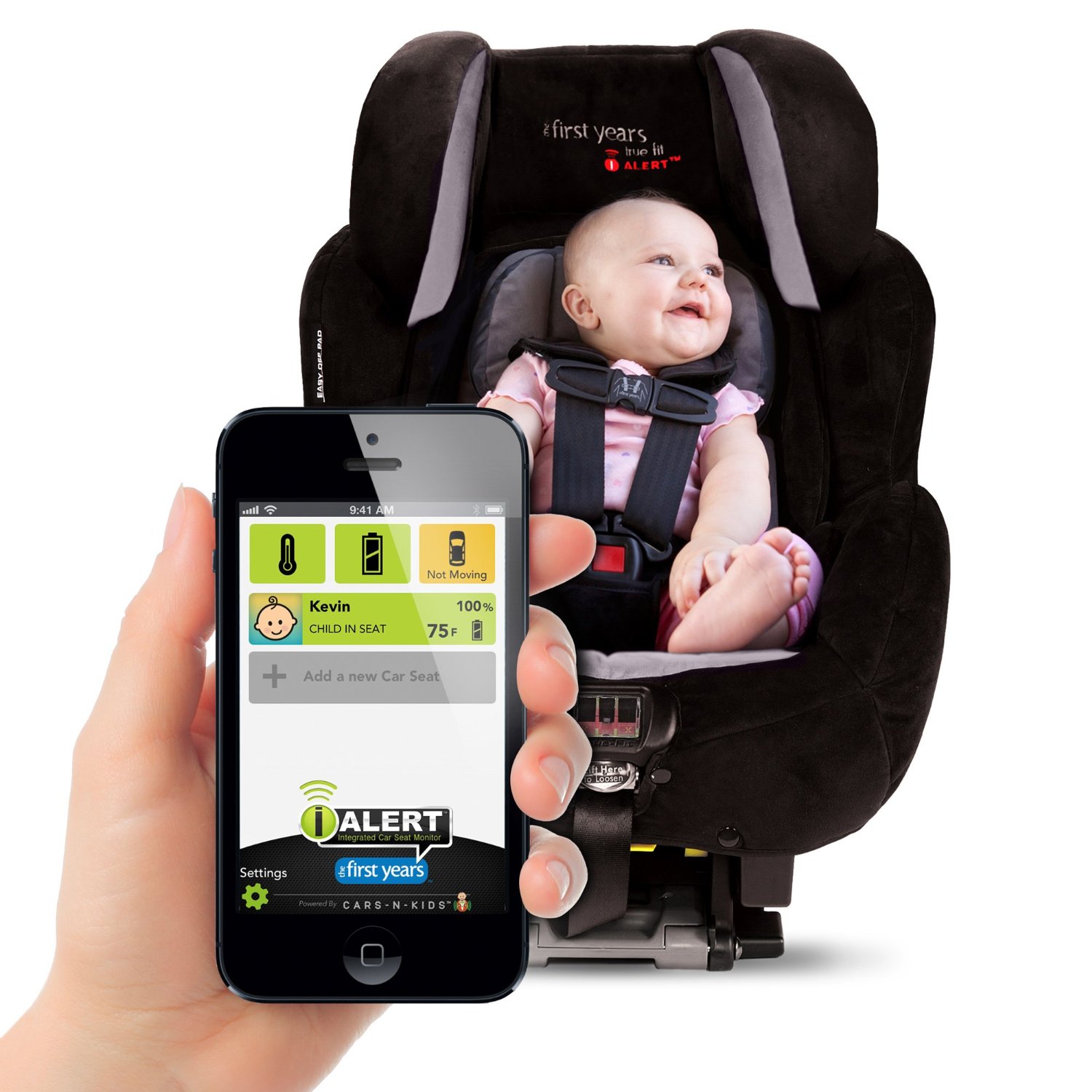 The news is always tragic, and seems to happen far too often: a child left in a hot car is found dead of heat stroke when a caregiver forgot or did not know they were there.

"It could happen to anyone. This is not a bad parenting problem," laments Kristy Arbogast, the lead author of a 2012 National Highway Traffic Safety Administration (NHTSA) report on technologies to prevent heat stroke for children in hot cars. She is the co-scientific director of the Center for Injury Research an Prevention at Children's Hospital of Philadelphia.

A car's temperature can rise rapidly in the hot sun -- topping 120 degrees inside, on an 80 degree day -- and children should never be left alone in a parked car, not even for a minute.

Could a smart car seat or some other technology help harried, distracted parents and caregivers remember to take their kids out of the car?

In 2013, it began selling a "smart car seat" with iAlert technology that communicates between one of TOMY's First Years Brand car seats and your smartphone. The car seat, available through Amazon for $284, has temperature, angle, and motion sensors. If the seat gets too hot, the company says it will send an alarm to your phone. The system also alerts you if the seat is installed improperly or if the child has unbuckled themselves while the car is in motion.

Amazon customers gave it mixed reviews. Though the seat's comforts and non-electronic features seemed fine, a few reviewers found that the alert system was unreliable. For example, customer "Jackie D" said on July 24, 2013: "When the unit was connected, the alerts would come through 9 out of 10 times but the problem is that they should come through 10 out of 10 times. When setting up secondary contacts to receive text alerts, the alert failure rate was even higher, maybe 2 out of 10 went through and when these did go through they still took at least 10 minutes to receive."

Customer "CRP Ag" commented on October 17, 2013: "Despite my reservations, if you view the alerts as another tool in your toolkit as a parent trying to keep your child safe, this is a nice innovation. Once the kinks are worked out, this will be a great device."

TOMY responded on the Amazon customer review site to Jackie D's comment, promising to work with her to address the issues she raised. CBS News contacted the company's public relations firm but was unable to get a statement at press time.

Another type of technology that could help in these situations is a proximity sensor. Proximity sensors couple two devices: one part is activated when the child is in their car seat and the other is with the caretaker. An alarm sounds when the two devices become separated.

Baby Alert's ChildMinder SoftClip System Digital Wireless Technology Monitor replaces the plastic chest clip on the baby's car seat safety harness. You carry the other part with you as a key fob. Once the baby's chest device is clipped together, it connects digitally to the caretaker's device. If the two devices are separated by more than 15 feet for more than 6 minutes, an alarm goes off. It sells for $79.99 on Amazon.

Baby Alert also sells another version of the system, The ChildMinder Infant-Toddler ElitePad System, where the child's presence is detected by a pressure pad placed under the car seat cushion instead of through the harness clip.

The problem with this type of system, according to safety expert Arbogast, is that most deaths happen when there is a change in routine. For example, the person who usually drops the child off to daycare doesn't do it that day. "If you are relying on a key fob, you need to remember to transfer the key fob to someone else. It is easy to break the chain."

A major issue with relying on a smart car seat, or a proximity sensor attached to a car seat, is that they can only help protect a child who is actually buckled into the seat.

According to NHTSA, 47 percent of the nearly 40 kids that die in hot cars each year are not in car seats. Thirty percent entered an unlocked car to play and became trapped, while about 17 percent were left in the car intentionally by caregivers who were running errands.

Arbogast hopes that car manufacturers will develop and install systems in the car to detect anyone who is breathing and moving in that parked car. Such sensors might include carbon dioxide detectors or motion sensors. These systems would help not only young children, but people who cannot get out of a car due to medical conditions, the elderly, and even pets.

Another possible tech solution is using a GPS tracker or wearable device to help monitor your child. GPS trackers that are currently marketed to alert you to lost glasses, wallets, and keys can be adapted to help you keep track of your child, even when a nanny or someone else is actually with them. There are also number of new wearable GPS trackers designed just for kids. A Swedish startup called Tinitell has a Kickstarter campaign to develop a wearable GPS bracelet with a mini-phone built in that connects directly to a caregiver's phone. The device may not help an infant, but it could help older children, should they find themselves accidentally locked in a car.

While these options may seem promising, a high-tech solution to the problem could take years to perfect. The 2012 NHTSA study led by Arbogast concluded that the devices available at that time were "inconsistent and unreliable in their performance," requiring too much effort from caregivers to operate correctly.

Even today, in a statement to CBS News, NHTSA warns that "[w]hile many of these products are conceptually sound, and certainly well intentioned, our study shows that they are limited in their effectiveness and are not sufficiently reliable as a stand-alone preventative measure." The Agency suggests that education efforts could have a more immediate impact on the problem than technology. Their "Where's Baby? Look Before You Lock" campaign is in its third year.

NHTSA also told CBS News that although "technology-based reminders may prevent some instances, concerns about reliability and establishing a false sense of security lead us to believe eliminating these deaths requires education, vigilance, and personal responsibility. The agency expects to issue an additional product evaluation in the coming months."

So for now, safety experts focus their advice on some decidedly low-tech tips -- such as putting your purse, wallet or cellphone in the back seat of the car so you won't forget to check it before leaving the vehicle. NHTSA reminds parents and caregivers that they "are the first line of defense against these needless tragedies--but everyone in the community has a role to play.