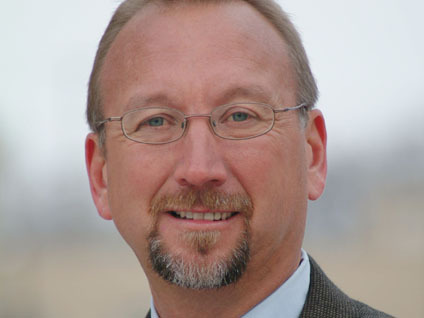 Republican National Committee Chairman Michael Steele is facing his first challenger, after a year of criticism for his lackluster fundraising results and numerous high-profile gaffes.

Former Michigan Republican Party Chairman Saul Anuzis announced his candidacy for chairman on his blog this morning. He refrained from directly criticizing Steele but made it clear he would offer a different sort of leadership.

"I will be a nuts & bolts type of Chairman, one who will concentrate on the fundamentals and ensure we properly develop and execute our ground game," he wrote. "My agenda is very straightforward. I have no interest in running for office. I won't be writing a book. It is not my goal to be famous."

While Republicans clearly made strong gains in this year's midterm elections, Anuzis suggested the results could have been even better and that the RNC's performance would have to be stronger in 2012.

"The simple fact is that the overriding challenge we face is winning back the Presidency in 2012 and we will not accomplish that objective unless there is dramatic change in the way the RNC does business," he wrote. "We can't rely on our wins in 2010 to carry us to success in 2012."

Anuzis added that he "will NOT strive to be the voice or the face of our party" and that his top priority will be to serve as a "tenacious fundraiser."

The RNC raised an impressive $185 million over Steele's two-year term, but the committee found itself financially under water in September, just a month before the election. Anuzis said that in a presidential election year, the party will not be able to rely on outside groups to financially support campaigns as they did this year.

There are at least four other people weighing a challenge against Steele, the Washington Post's Chris Cillizza reports, and there is some concern that a crowded field of candidates could splinter the vote and get Steele re-elected.