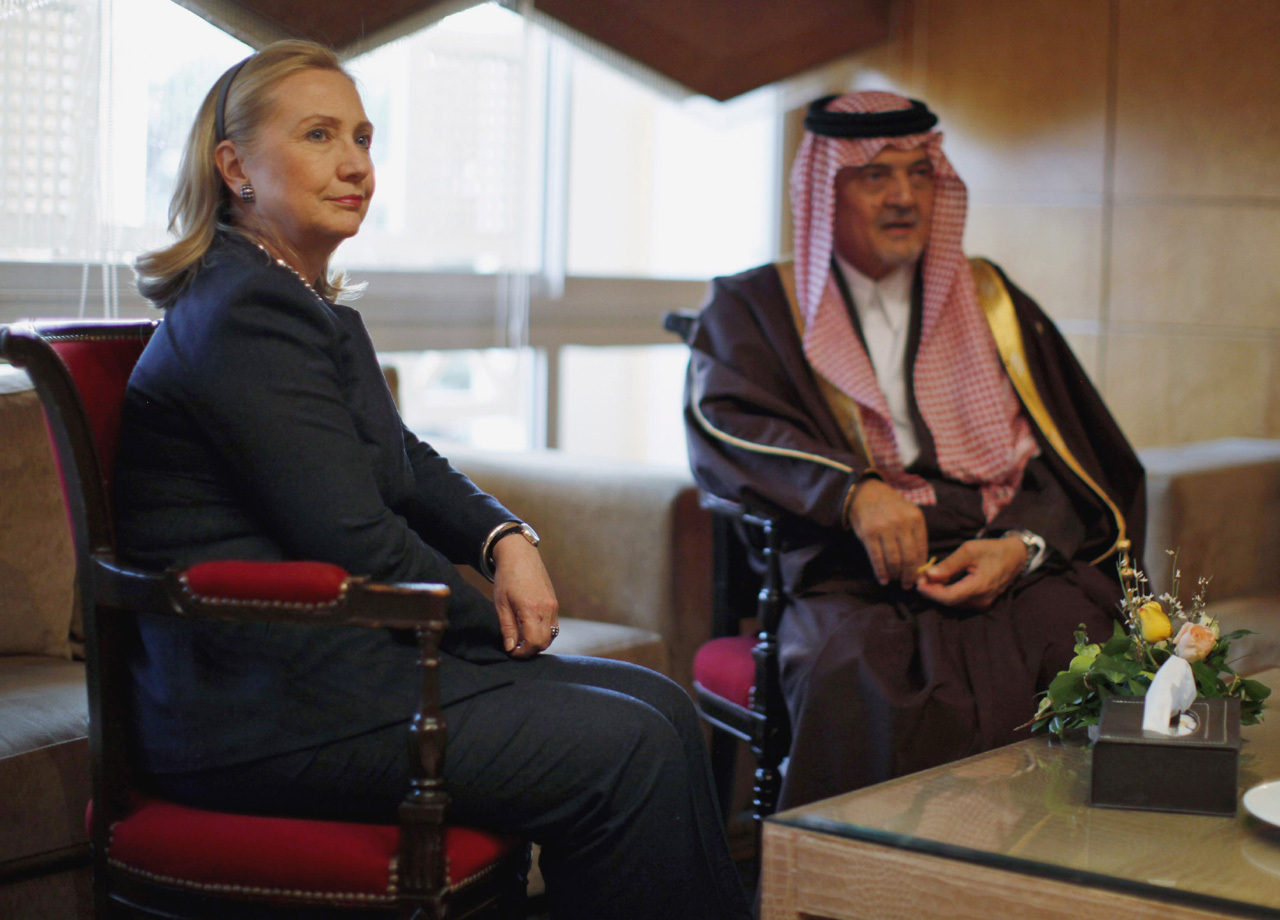 Foreign Minister Prince Saud al-Faisal went further than any of the other Friends of Syria nations meeting in Tunis Friday to increase pressure on Assad to call for a cease-fire, step down and allow humanitarian aid to flow to hard-hit areas.

The United States, European and Arab nations were set Friday to demand that Assad agree to a cease-fire or face as-yet unspecified punishments and an increasingly emboldened and powerful armed resistance.

Asked at the start of a meeting with U.S. Secretary of State Hillary Rodham Clinton if he thought arming the Syrian opposition was a good idea, al-Faisal said: "I think it's an excellent idea."

Asked why, he said, "Because they have to protect themselves."

The group is demanding that Assad step down or face as-yet undefined punishments.

Clinton: Assad regime "has no future"
8 killed in renewed shelling of Syrian city
Syria humanitarian crisis spirals out of control
"Friends of Syria" to call for U.N. peacekeepers