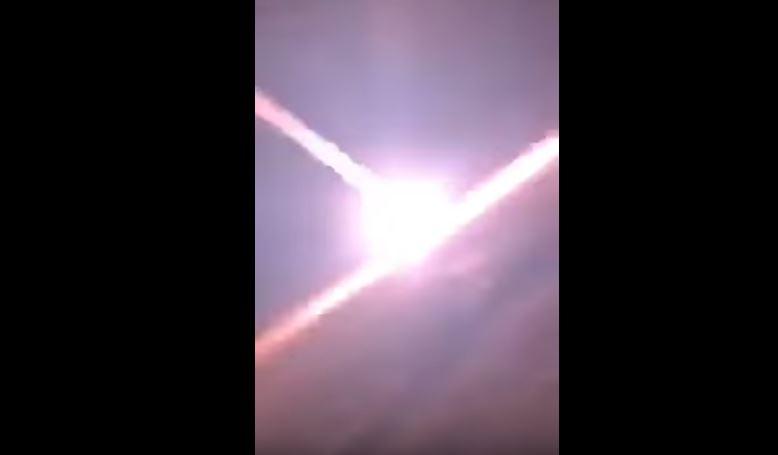 DUBAI, United Arab Emirates -- As with nearly every ballistic missile launched by Yemen's Shiite rebels targeting Saudi Arabia, the kingdom overnight said it intercepted all seven fired -- but online videos raise new questions about those claims. One video appears to show a Patriot missile launch on Sunday night go rapidly wrong, with the missile changing course midair, crashing into a neighborhood in Riyadh and exploding. Another appears to detonate shortly after being launched in the Saudi capital.

Saudi Arabia's Information Ministry did not respond to requests for comment Monday from The Associated Press. However, the videos appear to show the kingdom being yet another country overstating the capability of the missile defense system, a tradition dating back to the 1991 Gulf War.

"It's more likely that none of the missiles have been intercepted than it is that the Saudis have shot down any," said Jeffrey Lewis, a missile expert at the Middlebury Institute of International Studies in Monterey, California, who watched the videos and previously has studied other Saudi Patriot missile launches.

Saudi Arabia says it has been targeted by some 90 ballistic missiles launched by Yemen's Shiite rebels, known as Houthis, and their allies since launching a war against them three years ago.

Sunday night's launch saw one Egyptian killed and two others wounded in Riyadh by a missile fragment, marking the first casualties in the Saudi capital since the war began. Previous rockets fired by the Yemeni rebels have caused deaths in other parts of the kingdom.

The Saudi military said it intercepted seven ballistic missiles fired by the Houthis at the kingdom, three of them targeting Riyadh, two targeting Jazan and one apiece targeting Najran and Khamis Mushait.

The Saudi-owned satellite news channel Al Arabiya aired footage that it said showed Patriot missile batteries firing at the incoming Houthi missiles in Riyadh. One Patriot missile appears to explode seconds after being launched, drawing a shout from a bystander as flaming fragments rain down on the ground.

In another video circulated online, a just-launched Patriot missile suddenly changes course, smashing into the ground near a residential neighborhood (embedded below).

The Saudi military did not acknowledge the apparent missile malfunctions. Saudi Col. Turki al-Maliki only said in a statement that "all seven ballistic missiles were intercepted and destroyed."

This is not the first time experts question Saudi claims on missile interceptions.

Debris found from recent Houthi missile launches hasn't born any marks suggesting it was hit by such missiles, analysts say. The Houthi "Burkan," or "Volcano," missile used in attacks on Riyadh also have warheads that separate from the missile fuselage, making them even harder to hit.

"The PAC-2 missile that it has had in its inventory since the 1990s was designed to intercept slower, shorter-range non-separating ballistic missiles and would probably struggle to destroy the Burkan ... after separation," Jeremy Binnie, an analyst at Jane's Defense Weekly, wrote in January.

"The Patriot systems are really overmatched - the missiles that the Houthis are launching at Riyadh have a range of 1,000 kilometers (620 miles) and a separating warhead," he said. "I wouldn't expect any of the intercepts to succeed against a missile like that."

Saudi Arabia also has PAC-3 Patriot missiles, designed to directly hit incoming missiles. Sales of those missiles, which in 2015 were estimated at $5.4 billion, have been applauded by President Donald Trump.

Trump in November credited the Patriot missile system for hitting another Houthi missile over Riyadh, saying: "Our system knocked it down." However, Lewis and others also doubt any Patriot missile intercepted that rocket.

Over 10,000 people have been killed in Yemen's war, which began after the Houthis and their allies seized Yemen's capital, Sanaa, in September 2014 and began a march south. The conflict has morphed into a proxy war drawing in Mideast powers in the time since.

The United Nations, Western countries and the Saudi-led military coalition fighting in Yemen all say the Burkan mirrors characteristics of an Iranian Qiam ballistic missile. They say that suggests Tehran either shared the technology or smuggled disassembled missiles to the Houthis who then rebuilt them.

Iran long has denied supplying arms to the Houthis, though a growing body of evidence contradicts its claim.

Meanwhile, the United States provides logistical support and weaponry to the Saudi-led coalition, which has been criticized for its airstrikes in Yemen that kill civilians, as well as a blockade of Yemeni ports that has brought the country to the edge of famine.

"As we said before, if you stop your airstrikes, we will stop our missiles and if your airstrikes continue, then we have the right to defend ourselves in all available tools," Saleh al-Sammad, a Houthi leader, said in a speech before thousands gathered in Sanaa.