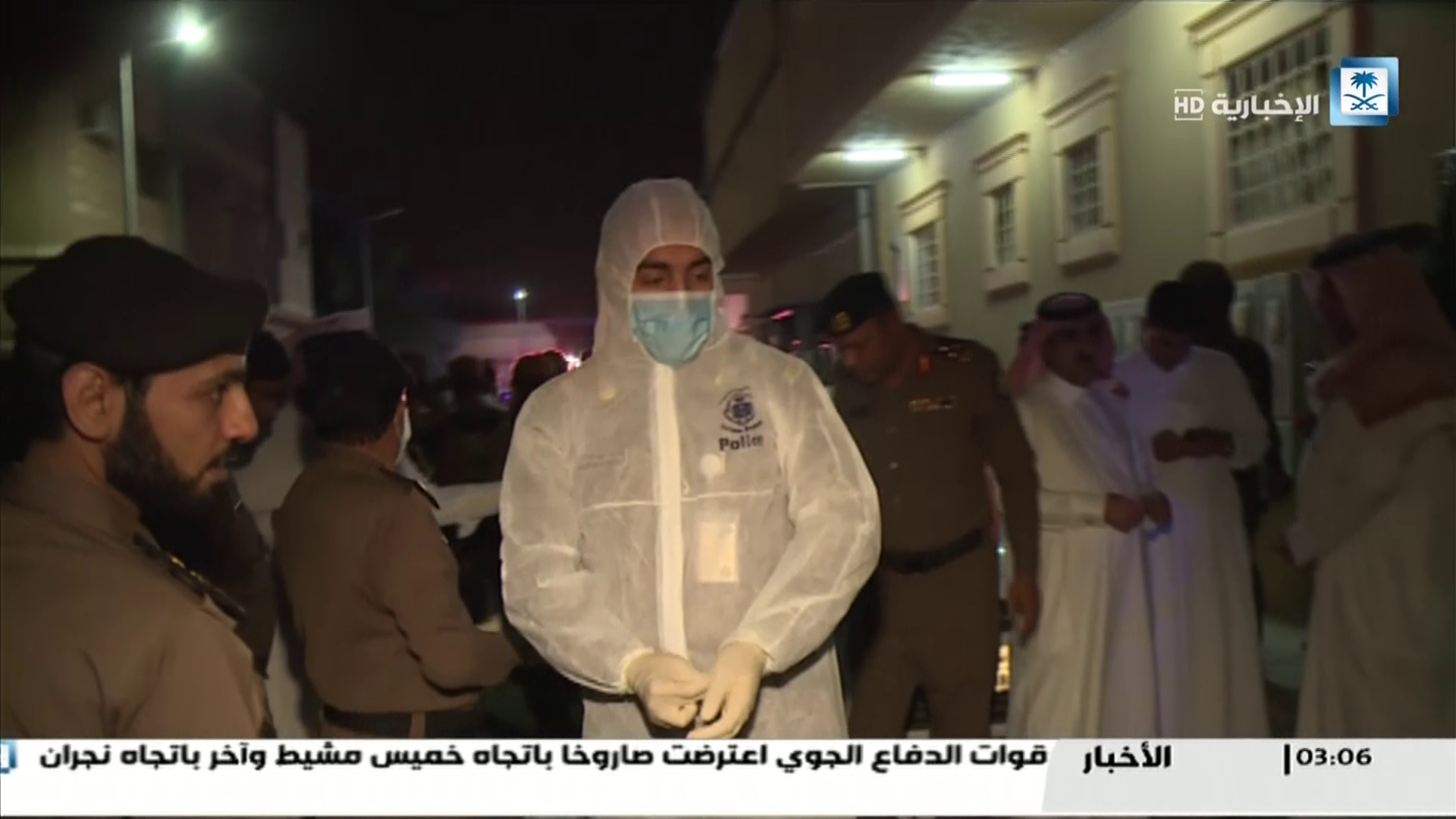 DUBAI, United Arab Emirates -- Yemen's Shiite rebels fired a barrage of ballistic missiles targeting Saudi Arabia late Sunday on the third anniversary of a kingdom-led war in Yemen, with fragments of one missile over Riyadh killing one person and wounding two. The casualties were the first in Saudi Arabia's capital since the Saudi-led war in Yemen began in March 2015, though previous rockets fired by the Yemeni rebels have caused deaths in other parts of the kingdom.

The rebels known as Houthis said they launched a missile attack targeting Riyadh's King Khalid International Airport and other sites, again showing their ability to strike deep into the neighboring kingdom amid the stalemated war in Yemen, the Arab world's poorest country.

A spokesperson for the embassy of the Kingdom of Saudi Arabia says "seven ballistic missiles were shot toward Saudi Arabia from within Yemen." A press conference will be held Monday at 1 p.m. ET "to provide more details about this aggressive act."

The officials detailed the targets for each: Three were centrally poised in the direction of Riyadh, one toward the southwest in Khamis Mushait, one along the Southern border targeting Najran, two aiming for the southern city of Jizan and one was randomly launched with the intent of hitting a densely populated civilian area.

"With credit to the Saudi Royal Air Defense Forces,  all seven ballistic missiles were intercepted and destroyed. According to preliminary information, the interception resulted in fragments raining on a few residential neighborhoods and, at the issuance of this statement, the loss of life of an Egyptian resident, in addition to material damage to civilian objects-the details of which will shortly be announced by the relevant authorities," according to Col. Turki Al Maliki, spokesperson for the coalition forces to support the legitimate government in Yemen.

The barrage likely will spark new criticism of Iran's role in the conflict as well, as the Houthis identified some of the missiles fired as a type that the United Nations and the West say comes from Tehran.

A watchdog group said Monday that roadside bombs disguised as rocks in Yemen bear similarities to others used by Hezbollah in southern Lebanon and by insurgents in Iraq and Bahrain, suggesting at the least an Iranian influence in their manufacture. The report by Conflict Armament Research was dismissed by the Iranian mission to the U.N.

The Saudi-owned satellite news channel Al Arabiya aired footage that it said showed Patriot missile batteries firing at the incoming Houthi missiles. Online videos showed what appeared to be a missile fuselage lying on a street in Riyadh.

However, some of the online videos that emerged Monday raised questions about Saudi Arabia's claims that it had intercepted nearly every ballistic missile launched by the Shiite rebels in Yemen. One video appeared to show a Patriot missile launch on Sunday night go rapidly wrong, with the missile changing course midair, crashing into a neighborhood in Riyadh and exploding. Another appeared to detonate shortly after being launched in the Saudi capital.

Saudi Arabia's Information Ministry did not respond to requests for comment Monday from The Associated Press. However, analysts said the videos appeared to show the kingdom being yet another country overstating the capability of the missile defense system, a tradition dating back to the 1991 Gulf War.

The Iran-supported Houthi missile strikes against Saudi Arabia play into the narrative that the U.S., Ambassador Nikki Haley in particular, is trying to convey to the world that there must be action against Iran's aid to terror groups as well as their ballistic missile activity, CBS News' Pamela Falk reports.

Houthi ballistic missiles have increased in range over time, with the first one targeting Riyadh fired on May 19, 2017, according to the United Nations. A Nov. 4 launch previously targeted King Khalid International Airport, showing the missiles had a range of over 1,000 kilometers (620 miles).

The Nov. 4 attack saw the Saudi-led coalition escalate its attacks. It wasn't immediately clear how the coalition would react to Sunday's attack, though the barrage marks some 90 Houthi ballistic missile launches targeting Saudi Arabia.

Al Masirah, a Houthi-run satellite news channel, identified some of the missiles fired as the Burkan, or Volcano, missile. The United Nations, Western countries and the Saudi-led military coalition fighting in Yemen all say the Burkan mirrors characteristics of an Iranian Qiam ballistic missile. They say that suggests Tehran either shared the technology or smuggled disassembled missiles to the Houthis who then rebuilt them.

Iran long has denied supplying arms to the Houthis, though a growing body of evidence contradicts their claim.

Meanwhile, the U.S. provides logistical support and weaponry to the Saudi-led coalition, which has been criticized for its airstrikes on Yemen killing civilians, as well as a blockade of Yemeni ports that has brought the country to the edge of famine.

Over 10,000 people have been killed in the conflict, which began after the Houthis and their allies seized Yemen's capital, Sanaa, in September 2014 and began a march south.