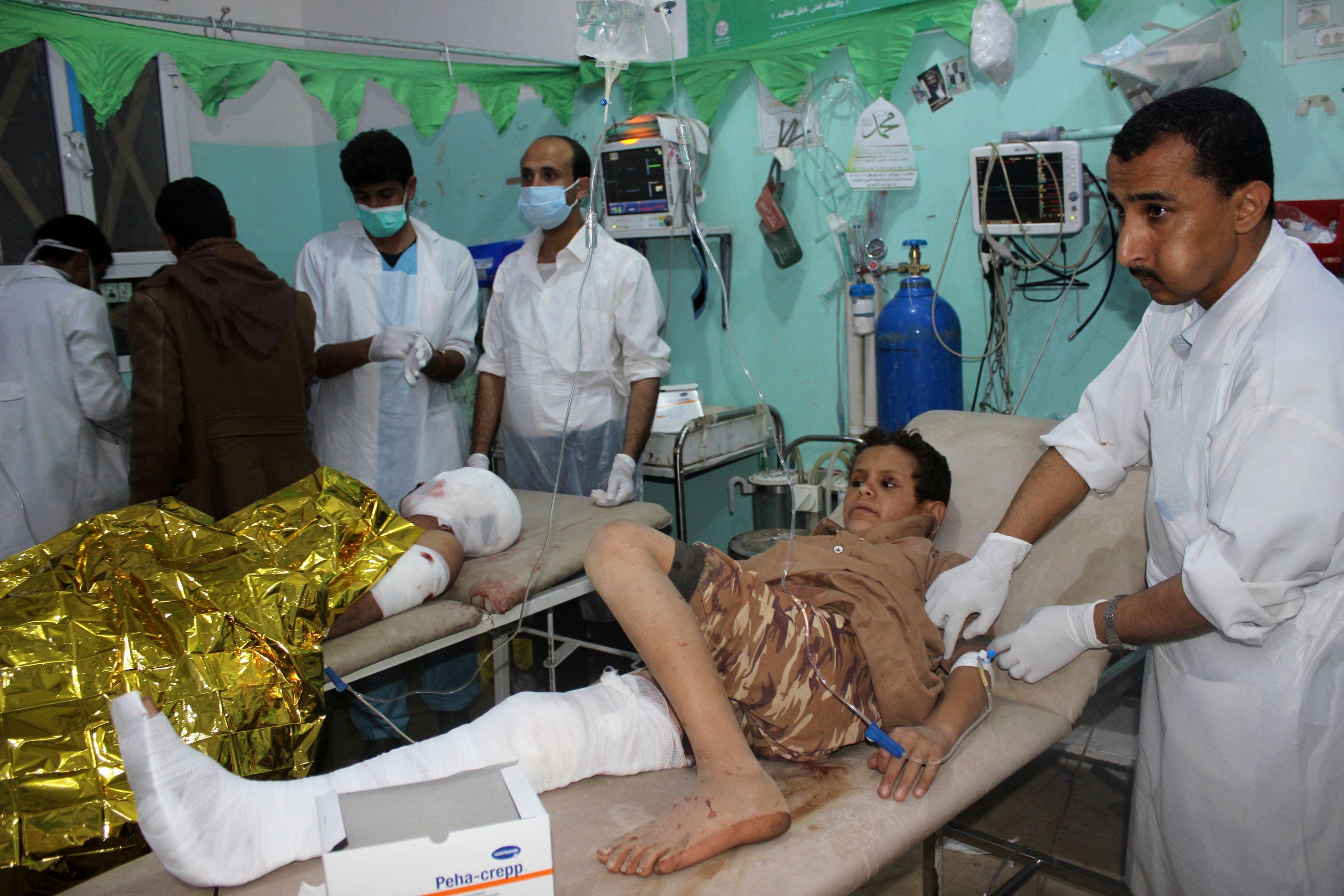 UNITED NATIONS -- Efforts are underway to halt the "worst famine in 100 years," but the humanitarian crisis in Yemen is mired in global politics. With as many as 14 million at risk of starvation amid a gruelling war between Yemeni rebels and a military coalition led by Saudi Arabia, the Saudis and their partners have delayed a British plan to forge a peace deal.

The Saudis, backed by ally Kuwait, have stalled plans by the U.K. to start forging a ceasefire agreement which would allow desperately needed humanitarian aid into the country.

"Saudi Arabia is actively lobbying against the U.N. resolution," a Security Council diplomat involved in the negotiations told CBS News on Monday.

As Britain put its proposal to other Security Council members on Monday, clashes resumed on the ground between the Saudi-led forces and Yemen's Houthi rebels, who are backed by Saudi Arabia's arch enemy Iran.

The U.K.'s Ambassador to the U.N., Karen Pierce, circulated a U.N. draft resolution earlier Monday to the 10 elected members of the Security Council, after the five permanent members (U.S., Britain, France, Russia, and China) negotiated the draft.

The clock is ticking to get aid to the beleaguered civilian population in Yemen. If no resolution is agreed by Wednesday, it will be further delayed because the Security Council has a trip to China coming up after the Thanksgiving holiday in the U.S.

What would the resolution do?

The draft resolution, obtained by CBS News, calls for an immediate cessation of hostilities for areas around the port of Hodeida -- a vital port held by the rebels, where fighting reignited on Monday -- effective on the day it is approved. It sets a two-week deadline for the warring sides to remove barriers to the delivery of humanitarian aid. The Saudi coalition has fought for months to try and retake the key port from the Houthi rebels.

The draft, "calls on the parties to introduce a cessation of hostilities in Hodeida governorate, to cease all attacks on densely populated civilian areas across Yemen and to cease all missile and UAV attacks against regional countries and maritime areas." The rebels had said on Sunday that they would halt all rocket and missile attacks on Saudi Arabia, but hours later they fired a ballistic missile across the border, saying it was a response to a new Saudi airstrike.

The deadlines imposed by the draft resolution are intended to quickly alleviate the severe hunger in Yemen by having all parties to the conflict, "facilitate the unhindered flow of commercial and humanitarian food, water, fuel, medicine and other essential imports across the country, including by fully removing within two weeks of the adoption of this resolution, any bureaucratic impediments that could restrict such flow."

The Saudi and Western-backed government of Yemen would then open, "all Yemen's supply routes and ports, including Hodeida and Saleef ports," and ensure the "safe and secure operation of Sana'a airport."

The U.S., Saudi Arabia and the war in Yemen

In addition to its political support for the coalition the U.S. is the single biggest supplier of weapons to Saudi Arabia. The Trump administration's support for the ultra-conservative Islamic kingdom is also strategic, as it is seen as a counterweight to Iran's heavy-handed influence in the region.

The conflict in Yemen escalated in 2015 when the Saudi coalition, led by the newly ascended Saudi Crown Prince Mohamed Bin Salman, spearheaded the fight against the Iranian-backed Houthis. The coalition wants to restore power to the officially recognized Yemeni government of President Abed Rabbo Mansour Hadi.

But international criticism of the Saudis' handling of the offensive in Yemen has mounted steadily, along with the civilian death toll from the war and the starvation and cholera outbreak it has unleashed on the impoverished nation.

U.N. special envoy for Yemen, Martin Griffiths, said on Friday that the country, "remains the largest humanitarian disaster in the world."

Criticism of the kingdom, and its ruling royal family, has reached new levels in the wake of the Oct. 2 murder of Saudi journalist Jamal Khashoggi in Istanbul. The CIA has assessed that Crown Prince Salman ordered the killing, based mainly on an understanding of how the kingdom operates and the proximity of several participants in the killing to the heir-in-waiting, as well as the organizations involved.

Even before the Khashoggi scandal, the Trump administration reined in its support of the Saudi coalition, halting refuelling operations for Saudi aircraft on Nov. 10. The White House has called for a ceasefire in the conflict.

British Foreign Secretary Jeremy Hunt met the Saudi King this week in Riyadh and discussed the Khashoggi killing, as well as the "vital need to seize the moment in Yemen and stop famine and cholera intensifying."

"We need a solution to the horrific catastrophe in Yemen," Hunt said. He also visited Iran, "to discuss how Iran can use their influence to get the Houthis to engage constructively."

"It's now or never," Hunt tweeted on Monday as the U.K. Mission introduced the draft resolution to the Security Council.

Kuwait is a close ally and neighbor to Saudi Arabia, and on Monday its Ambassador to the U.N., Mansour al-Otaibi, told reporters that his tiny nation has several issues with the draft resolution on offer from Britain.

Al-Otaibi specifically said his nation and Saudi Arabia were demanding that previous Security Council resolutions requiring the Houthis to stop fighting be enforced more rigorously in any new measure.

"We want this resolution to say 'demands,' not 'calls for,' he said. He suggested that Kuwait and the Saudis would propose numerous amendments during further Council discussion on Tuesday

Asked if there would be an adoption this week, he said, "I doubt it."

Both the Yemeni government and the Houthis have agreed to start talks in Sweden in the coming weeks, and there is a push by the U.K. and other nations on the Council to have the resolution in place as a framework for those talks.

In the meantime, aid is being delayed, and as the World Food Program chief said Friday as he returned from Yemen, "time is running out."