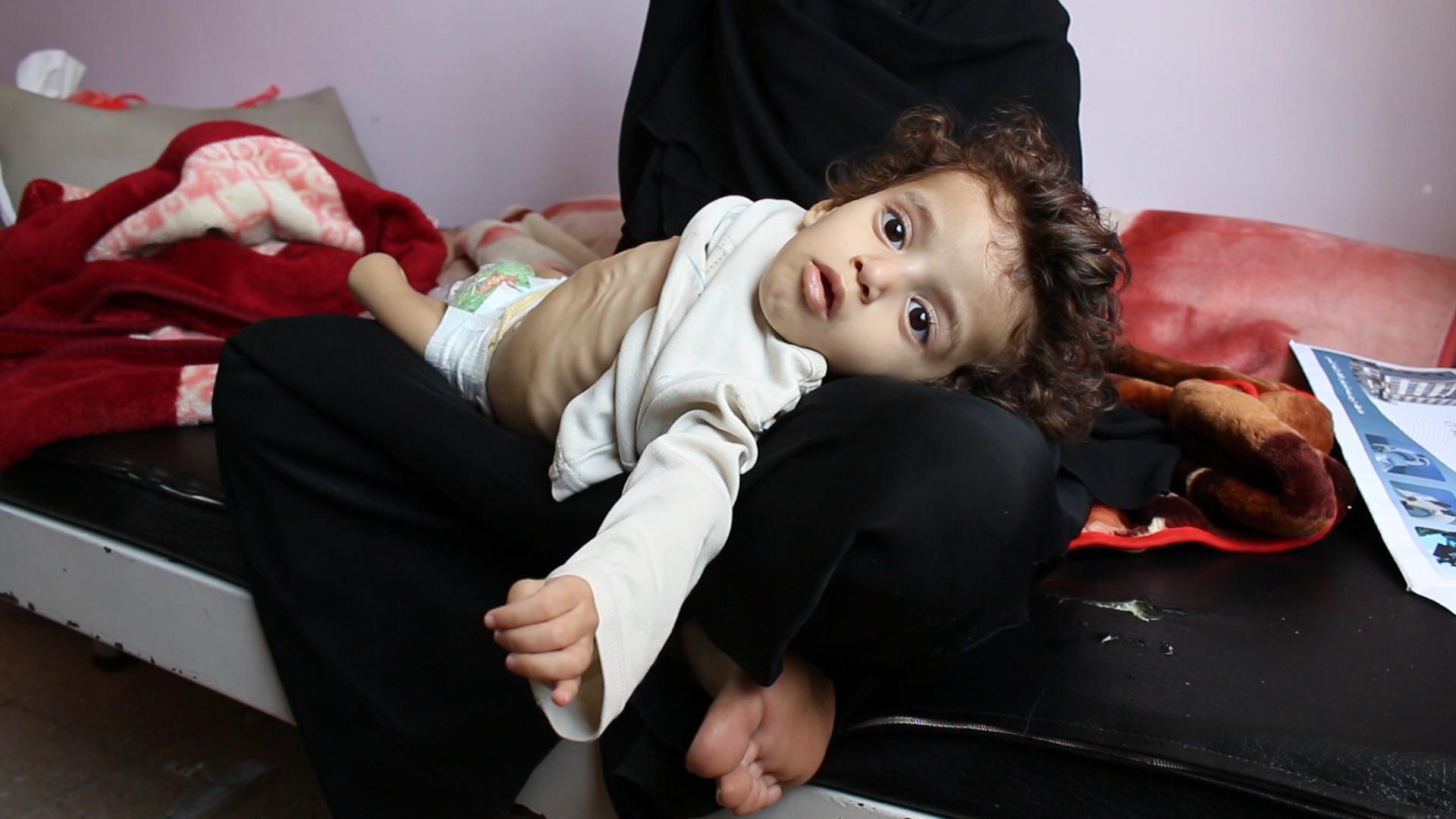 David Beasley, head of the U.N.'s World Food Programme, warns that 125,000 children are on the brink of starvation in Yemen and could die if his organization doesn't get more funds in the next few months. 60 Minutes managed to get cameras in to record some of the suffering children, despite the fact Scott Pelley and his team were prevented from entering Yemen by Saudi Arabia, which is supporting one side in the country's deadly civil war. Pelley's report will be broadcast on 60 Minutes, Sunday, Nov. 19 at 7:30 p.m., ET and 7:00 p.m. PT.

"We're on the brink of famine. If we don't receive the monies that we need in the next few months, I would say 125,000 little girls and boys will die," Beasley tells Pelley. "We've been able to avert famine, but we know three things that are happening. We know that people are dying. We know that people are wasting. And we know that children are stunting… they're smaller, the brains are smaller, the body's smaller because they're not getting the food or the nutrition they need."

"I don't think there's any question the Saudi-led coalition, along with the Houthis and all of those involved, are using food as a weapon."

Pelley and his team were ordered off a ship and then two planes headed to Yemen. The Saudis have heavily restricted reporters from the region; the country's support of the government against the Houthi rebels includes bombing campaigns that have killed many civilians. The Saudis have also blockaded Yemen, preventing food as well as weapons from getting into the country. Beasley says holding up food is part of their strategy. "I don't think there's any question the Saudi-led coalition, along with the Houthis and all of those involved, are using food as a weapon."

The civilians, especially the children, are suffering the most in what is a preventable, man-made crisis the Saudis would rather the world not focus on.

"I don't understand why they won't allow the world to see what's taking place," says Beasley. "Because I think if the world sees the tragedy of this human suffering… the world will step up and provide the support financially for innocent children to eat… it's unnecessary conflict strictly man-made.

60 Minutes' cameras were able to record some of the emaciated children in a hospital in the city of Sana'a. Says Beasley, "It's just desperation and death. It is as bad as it gets. I don't know if I've ever seen a movie this bad."