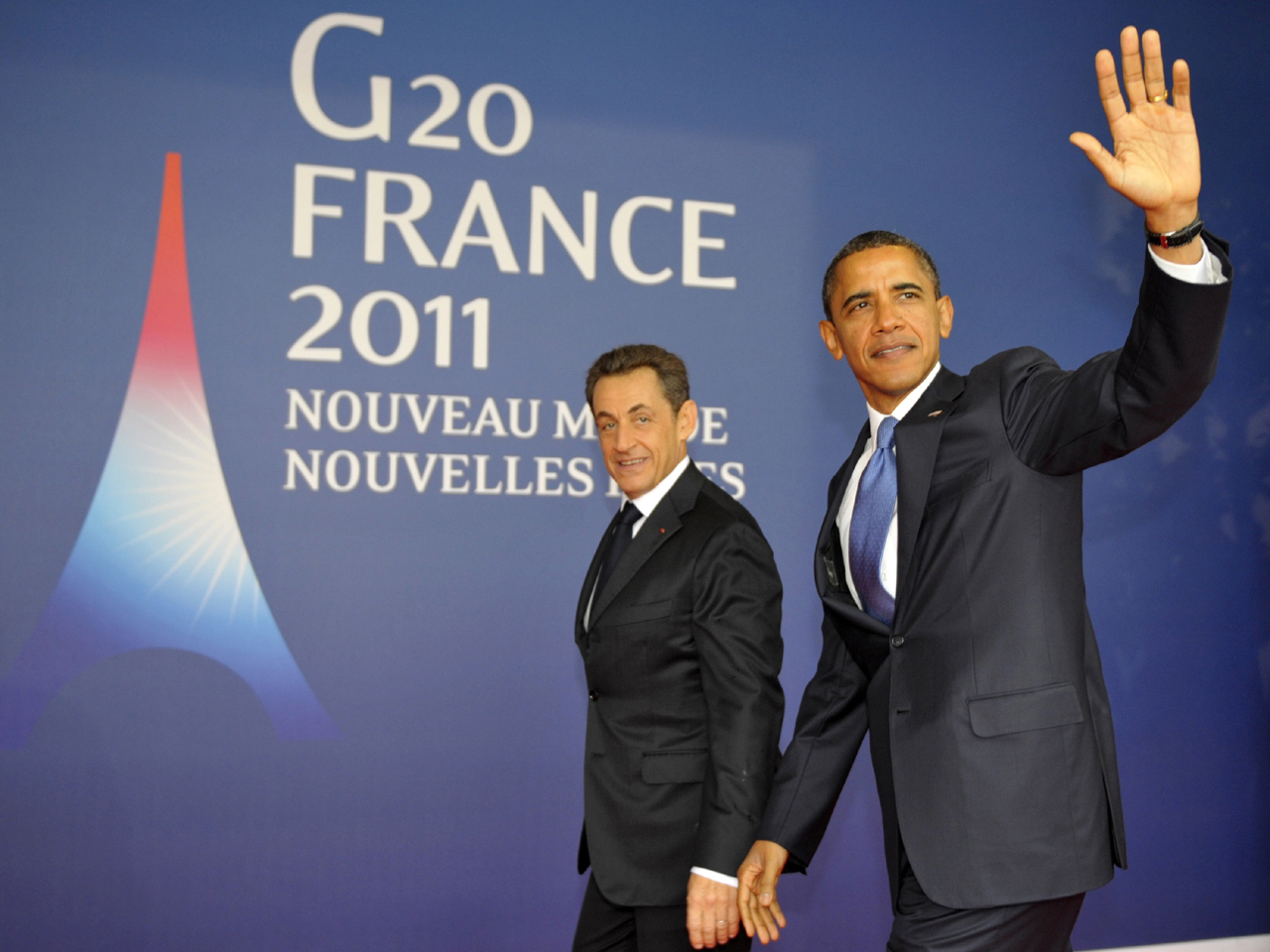 President Obama and his French counterpart, Nicolas Sarkozy, were reportedly caught in a candid moment expressing their exasperation with Israeli leader Benjamin Netanyahu - with the French president referring to him as a "liar".

The remarks were part of what the American and French leaders believed to be a private chat after a news conference in Cannes last week, during the G20 economic conference. The pair were still wearing microphones, and some journalists who still had their headphones on for translation caught the remarks, which were first reported by the French photo agency Arret Sur Images.

A Reuters news agency reporter who was also present has since confirmed the exchange.

As the two leaders discussion turns to Israel and the Palestinians, Sarkozy is first to express his distaste for the conservative Israeli Prime Minister.

"I cannot bear Netanyahu, he's a liar," the French president was heard to say.

In response, according to the account by Arret Sur Images, Mr. Obama sympathizes with Sarkozy's frustration, saying, "you're fed up, but I have to deal with him every day."

There is no immediate indication as to whether a recording of the private conversation exists.

Arret Sur says all the reporters present in Cannes who were privy to the exchange agreed not to publish details.

It is unclear why Arret Sur decided to go public with the details late on Monday, days after Mr. Obama returned to Washington, or whether they were among the French organizations which agreed to the alleged no-report pact at the time.

The White House, when asked about the exchange by CBS News, would not comment.

Both France and the U.S. are urging Israel and the Palestinians to relaunch negotiations on a final peace agreement.

The initial topic of discussion which led Sarkozy and Mr. Obama to their apparent Netanyahu-bashing was France's support of the Palestinian's bid for membership in the United Nations cultural agency, UNESCO.

Palestinian President Mahmoud Abbas sought unilateral recognition of a Palestinian state at the United Nations several weeks ago - first by the powerful U.N. Security Council, and then, when that failed, by UNESCO.

The United States has vowed to veto a statehood bid in the Security Council, and France likewise says it would not back the move, but Paris did vote in favor of UNESCO membership - a move which irked Washington.