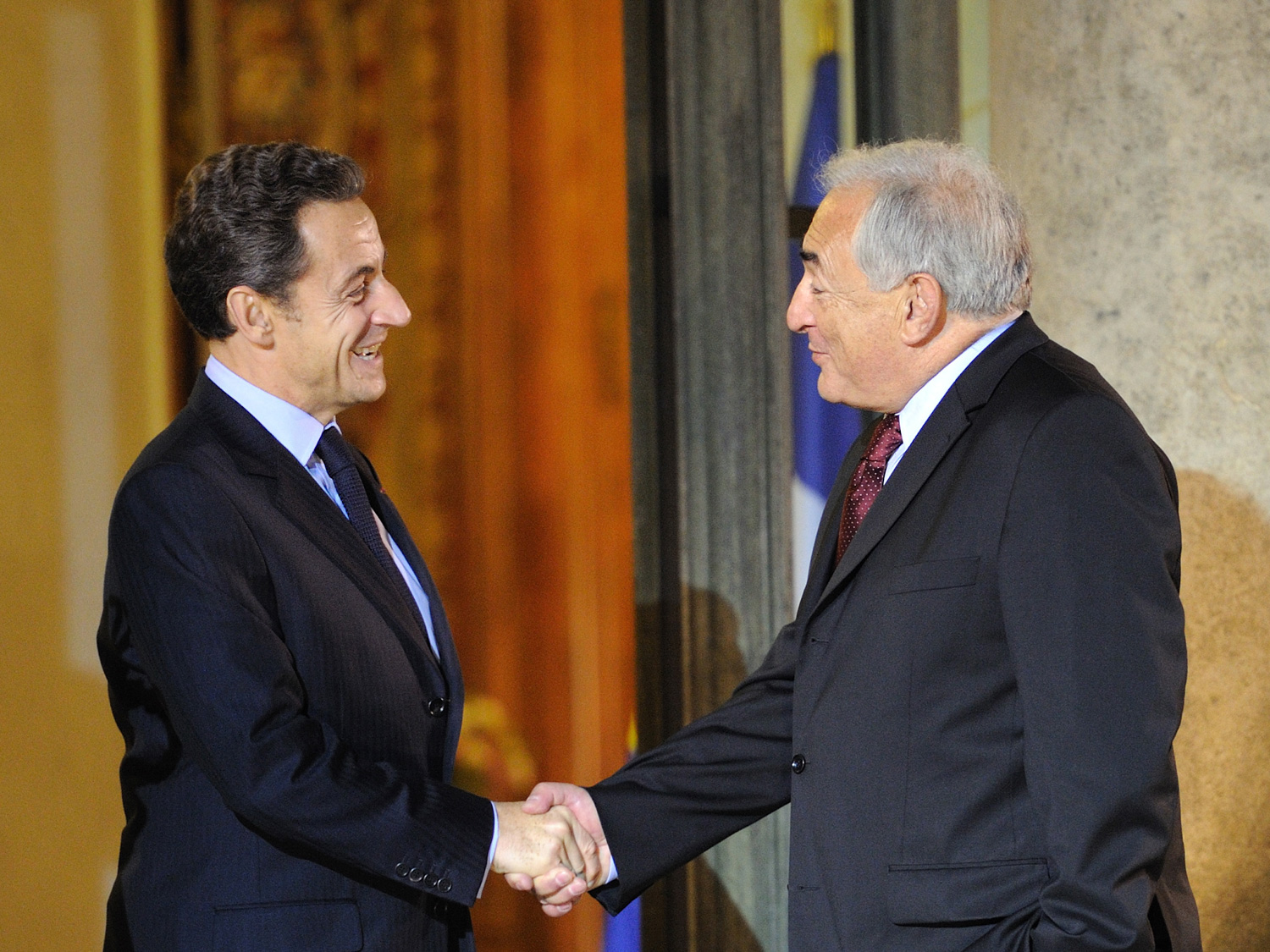 While the International Monetary Fund's chief waits in New York's Rikers Island jail for his next court date on charges that he tried to rape a maid in a posh Manhattan hotel, news reports have detailed numerous other allegations of impropriety toward women on the part of the Frenchman.

Dominique Strauss-Kahn's reputation in France for aggressively pursuing women was apparently so bad that French President Nicolas Sarkozy personally warned the former finance minister to control himself in Washington before he left France in 2007 to head the IMF, the British newspaper The Times reported ($) Wednesday.

"Over there they don't joke about this sort of thing," The Times quoted Sarkozy saying to Strauss-Kahn then. "Your life will be passed under a magnifying glass. Avoid taking the lift alone with interns. France cannot permit a scandal."

"We did warn him," Sarkozy said, according to his aides.

Strauss-Kahn pleaded not guilty Monday to the charges. News reports indicate his attorneys will pursue a defense that the IMF chief and the maid had sex but that it was consensual.

Jeffrey Shapiro, the maid's attorney, told "Early Show" co-anchor Chris Wragge Wednesday that there was nothing consensual about Saturday's incident.

"There was nothing about any aspect of this encounter between this young woman and the defendant which was remotely consensual or could be construed as consensual, either physical contact or sexual contact," Shapiro said.

"In effect, what his defense amounts to is attempting to accuse the victim and so she can't step forward," Shapiro said.

Strauss-Kahn was expected to run against Sarkozy in next year's presidential elections. The Times reported that Sarkozy all but said last October that his camp would use details about his many alleged affairs to ruin his candidacy.

The IMF chief even mused last month that a possible presidential campaign from him would attract people falsely accusing him of rape, CNN reported Wednesday.

Strauss-Kahn told the French newspaper Liberation April 28 that he imagined "a woman who would be raped in a parking lot and who would then be promised 500,000 or a million euros to invent such a story," according to the report.

The Liberation interview focused on his possible presidential aspirations and what allegations he'd have to address while seeking to unseat Sarkozy.

An opinion poll of French people shows Strauss-Kahn could be as defiant against the new allegations. The British Broadcasting Corp. reported Wednesday that a poll for media outlets BDM television, RMC radio and a website named 20Minutes found that 57 percent of respondents believe the Manhattan incident is part of a conspiracy.

Among those who identified with Strauss-Kahn's Socialist Party in France, the number of respondents believing the conspiracy theory rose to 70 percent, the BBC reported.

Shapiro said his client, whose name has not been disclosed but has been reported by French media, would step forward when the time is right.

"She's the victim of a sex crime," said Shapiro. "She can't take the public stage and talk about this nor would she want to do that. Essentially she has to sit and remain where she is, cooperating with the authorities until such time as she has an opportunity to step forth in court, on the record before a jury, and tell her story."