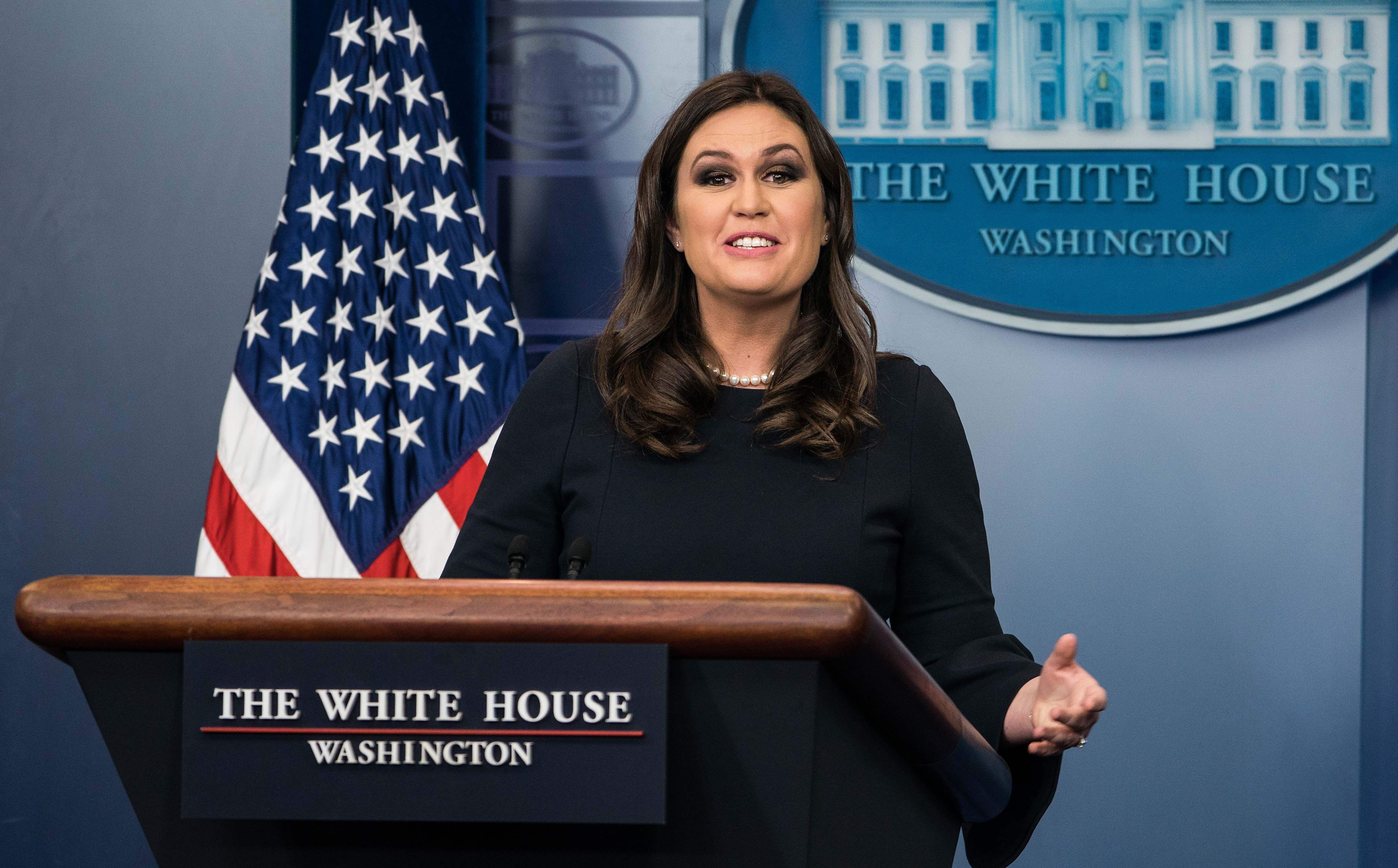 "All of our leaders have flaws," Sanders said Tuesday during the White House press briefing. "Washington, Jefferson, JFK, Roosevelt, Kennedy-- that doesn't diminish their contributions to our country, and it certainly can't erase them from our history. And General Kelly was simply making the point that just because history isn't perfect, doesn't mean that it's not our history."

In an interview with Fox News' Laura Ingraham Monday evening, Kelly praised Lee and equated the cause of the Civil War to a "lack of an ability to compromise" between the North and the South.

"I would tell you that Robert E. Lee was an honorable man," Kelly said in the interview. "He was a man that gave up his country to fight for his state, which 150 years ago was more important than country. It was always loyalty to state first back in those days. Now it's different today. But the lack of an ability to compromise led to the Civil War, and men and women of good faith on both sides made their stand where their conscience had them make their stand."

Kelly's "both sides" remark echoes President Trump's comments following the riot in Charlottesville lead by white supremacists holding a "Unite the Right" rally, which was originally organized as a protest against the removal of a Lee statute from a public park. The rally quickly turned violent, resulting in one death and 19 injuries after a car rammed into a crowd of people.

During a news conference in mid-August shortly after the rally, Mr. Trump said that "both sides" were to blame for the events in Charlottesville-- both the white supremacists and their counter-protesters. In that same conference, Mr. Trump also defended Lee.

"So, excuse me, when you take a look of some of the groups and you see, and you'd know if if you were honest reporters and many of you are not, many of those people were there to protest the taking down of the statue of Robert E. Lee," Mr. Trump said. "So this week it's Robert E. Lee, I notice Stonewall Jackson is coming down. I wonder is it George Washington next week and is it Thomas Jefferson the week after? You really do have to wonder, where does it stop?"

Sanders continued her defense of both Kelly and of confederate monuments.

"I don't think that we should sit here and debate every moment of history. I think those moments took place. There are moments that we are going to be a lot less proud of than others, but we can't erase the fact that they happened. I think you have to determine where that line is. The president has said that those are something that should be left up to the state and local governments, and that's not who I'm here representing today, so I'm not going to get into the back and forth on it," Sanders said.

When asked if the White House would acknowledge that Kelly's comments were offensive to some, Sanders refused.

"No, because as I said before, I think that you can't-- because you don't like history doesn't mean that you can erase it and pretend that it didn't happen. And I think that's the point that General Kelly was trying to make," she said.

Sanders said that "it is absurd and disgraceful" for members of the press to make a narrative of Kelly's comments and "push that this is some sort of a racially charged and divided White House."

"He didn't get into the specifics because that's something that's been discussed very widely by many historians, again, from both the left, the right, the north, the south, however you want to look at it," Sanders said.